Growing up, Joe Peter was deeply jealous of his friends who had Street Fighter at home on their Super Famicoms.

The Singaporean boy hunted down different, lesser known fighting games and showed them off to his friends instead. But they didn’t care.

To make matters worse, young Joe was himself bitterly aware that these games of his were just cheap rip-offs of Street Fighter’s glossy aesthetics. Thus, Joe had to content himself with the stories and character profiles skimmed off gaming magazines, comic books, and game box descriptions. 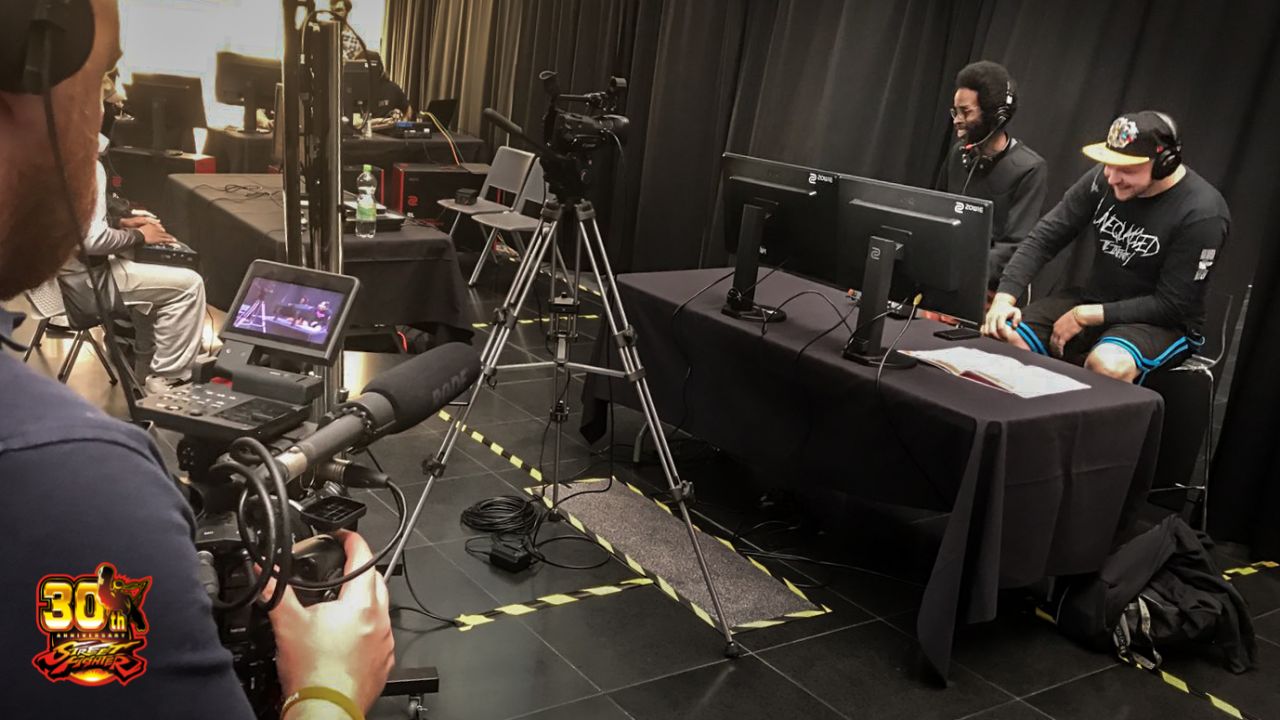 “There were kids who owned the game, played it, and would be very good at it, but they wouldn’t know the backstory of Dhalsim or Blanka,” said Joe.“But I would – ‘cause I didn’t have the game!”

This year, at age 39, Joe’s fandom is finally paying off in a big way. 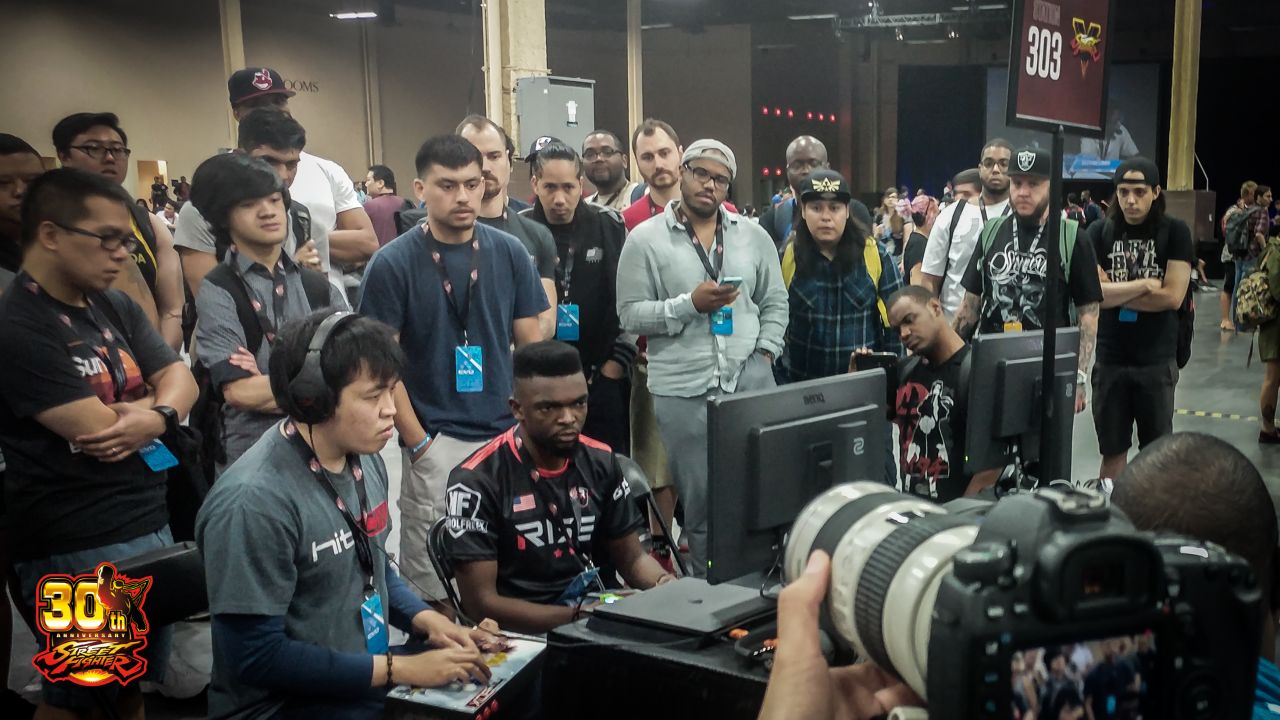 Joe’s video production company, the eponymous “No Average Joe” (NAJ), was commissioned by Capcom to produce a documentary for Street Fighter’s thirtieth anniversary.

The documentary, which Capcom later decided to release as a mini-series, includes extensive interviews with fans, commentators and pro gamers from across the world, in order to deliver on the “World Warrior” promise of the game. In a way, the series is one man’s love letter to Street Fighter.

But it wasn’t luck that landed Joe the gig.

Last year, aware that the game’s thirtieth anniversary was coming up, Joe took the initiative to contact Capcom with an idea for a film. Fascinated by Street Fighter’s heritage as the pugilist sport of the arcade, he proposed delving into the game’s entrance into the esports scene.

“I felt literally like a college kid attempting to get a job. Not knowing who I was writing to,” said Joe. But his business partners, Gamestart Asia, were able to help Joe get a foot in the Capcom door, and NAJ’s pedigree in factual entertainment did the rest. 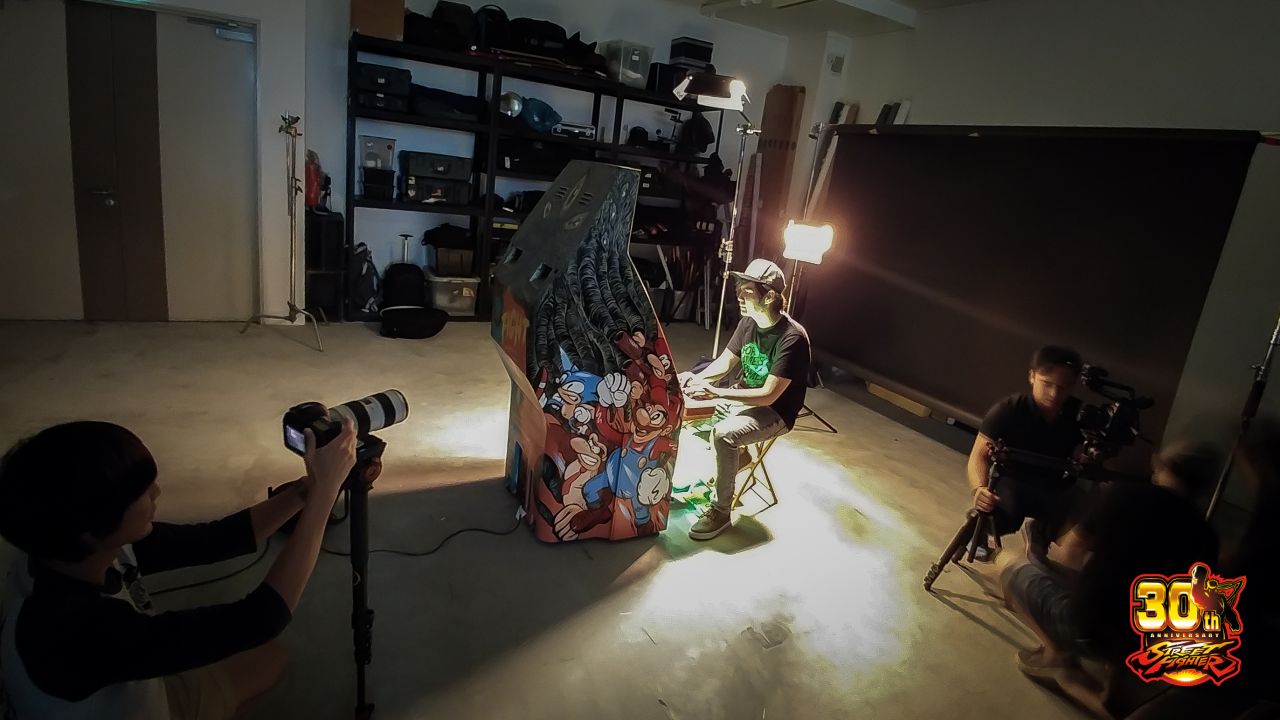 As delightful as it was, however, for a tiny Singaporean outfit to snag such an important project from a multinational company based overseas, there was no time to celebrate.

Capcom’s original plan was to release the documentary in October 2017, leaving NAJ with less than three weeks of pre-production, for what essentially is a feature documentary.

“It was insane,” said Joe, who also directed the production. 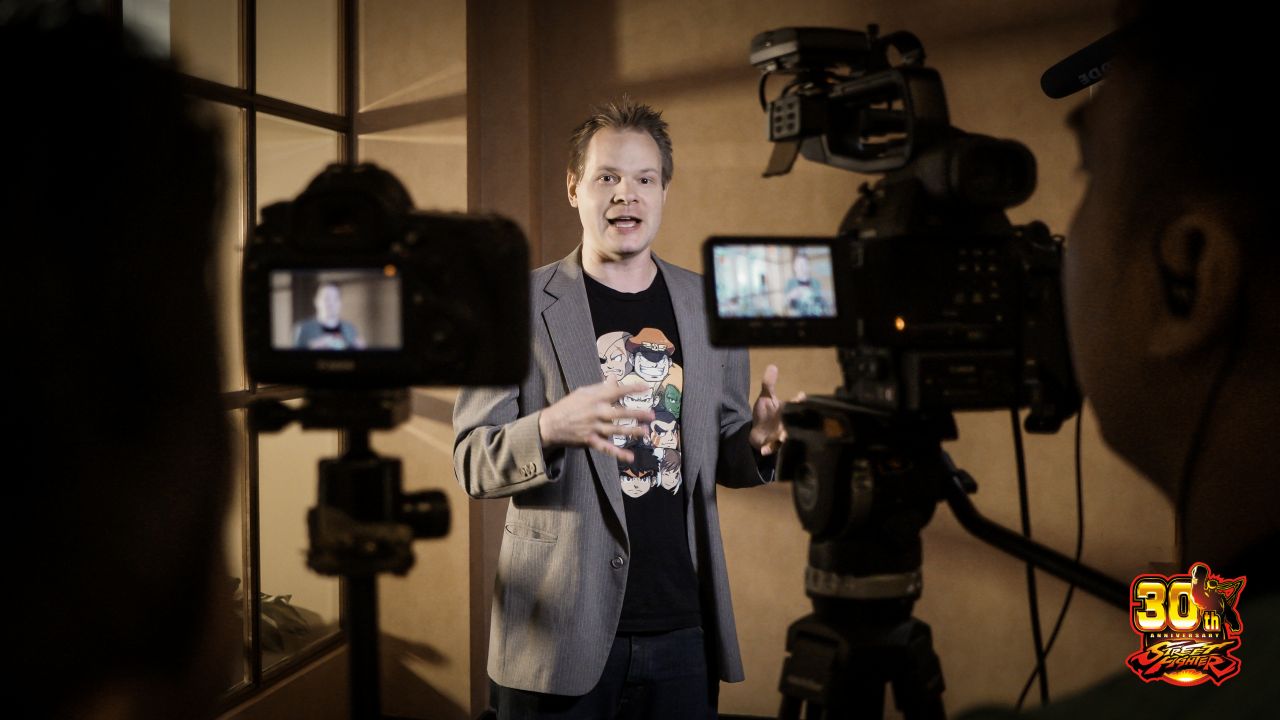 Capcom later pushed the deadline back to April 2018. But at the time, Xin who produced it, had to grapple with the near-impossible task of securing and lining up multiple interviews with busy e-athletes during their tournament period.

“We had a wish list of people we wanted to talk to and I think we started with forty to fifty people,” she said. But because the Capcom team was swamped with work themselves, Xin and fellow producer, Whye Keat, often had to resort to stalking pro gamers and commentators on social media in order to get in touch with them. “We probably sounded really dodgy,” she noted on reflection. 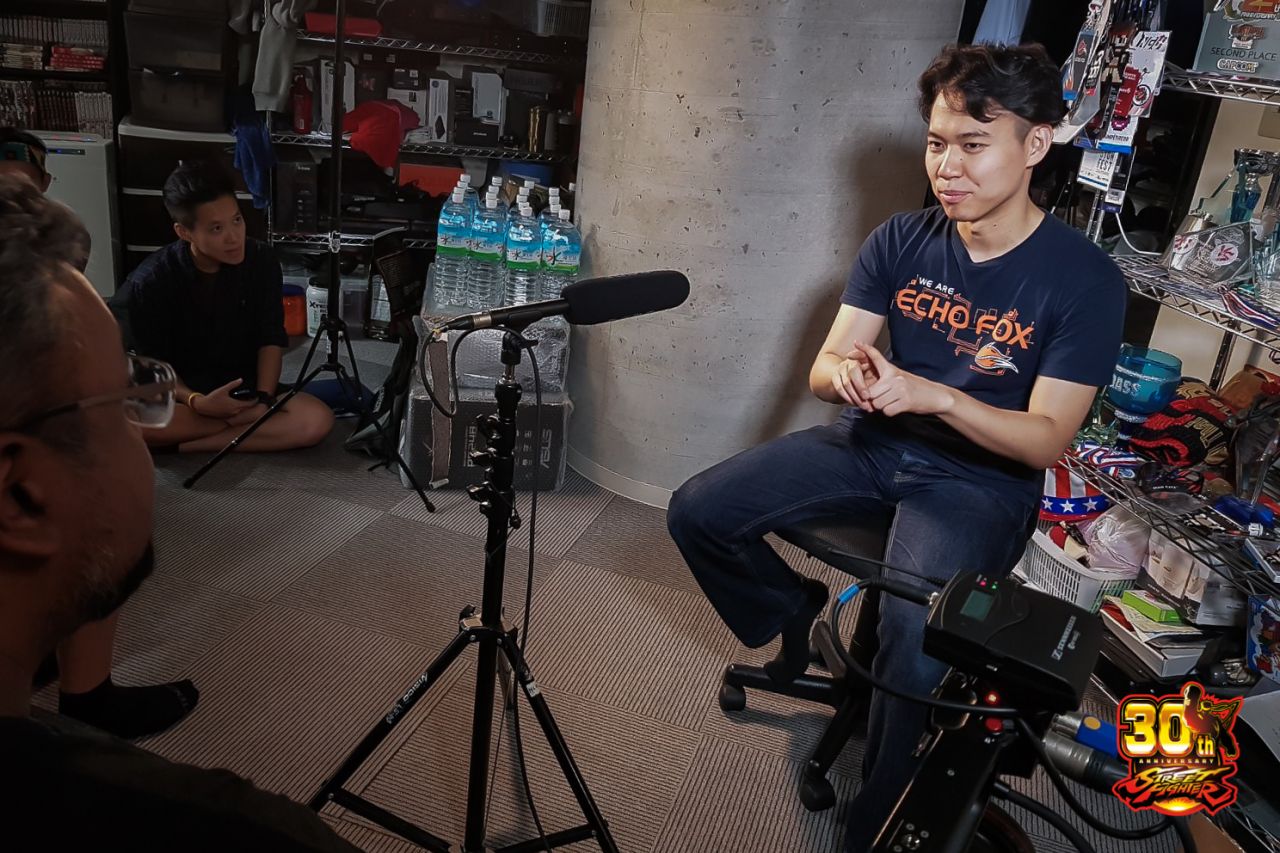 “A lot of them didn’t want to talk to us before the event itself. Which was a slight concern, because after their matches, sometimes they get really wasted during post-event parties,” she said. “Or, they fly right out.”

Worse still were the ones who cancelled at the last minute when they lost their matches, said Joe. “Some of the interviewees who didn’t turn up, that really hurt – they were the ones who were excited about the documentary from the beginning. And then suddenly decided to bail.” 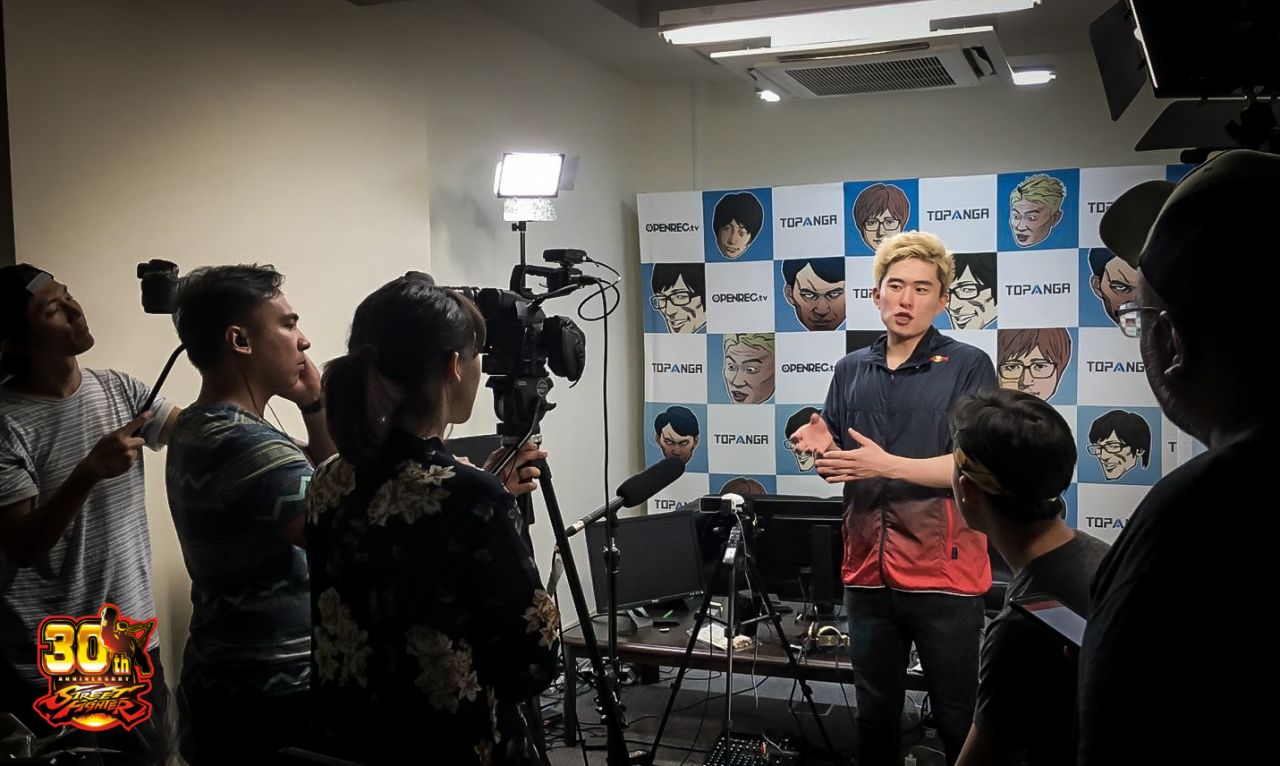 But talking to pro gamers was never a chore for the team. “Doing some of the interviews was like me being a fanboy. A fanboy being brought on a press junket, chatting with a celebrity in a film he’s nuts about,” said Joe. “And I think that helped, ‘cause I was asking things many wanted answers to.”

Plus, fans will be pleased to know that, despite the no-shows, the mini-series still features many FGC (fighting games community) favourites the likes of Lee “Infiltration” Seonwoo, Victor “Punk” Woodley, Hajime “Tokido” Taniguchi – and even the legendary Daigo “The Beast” Umehara. 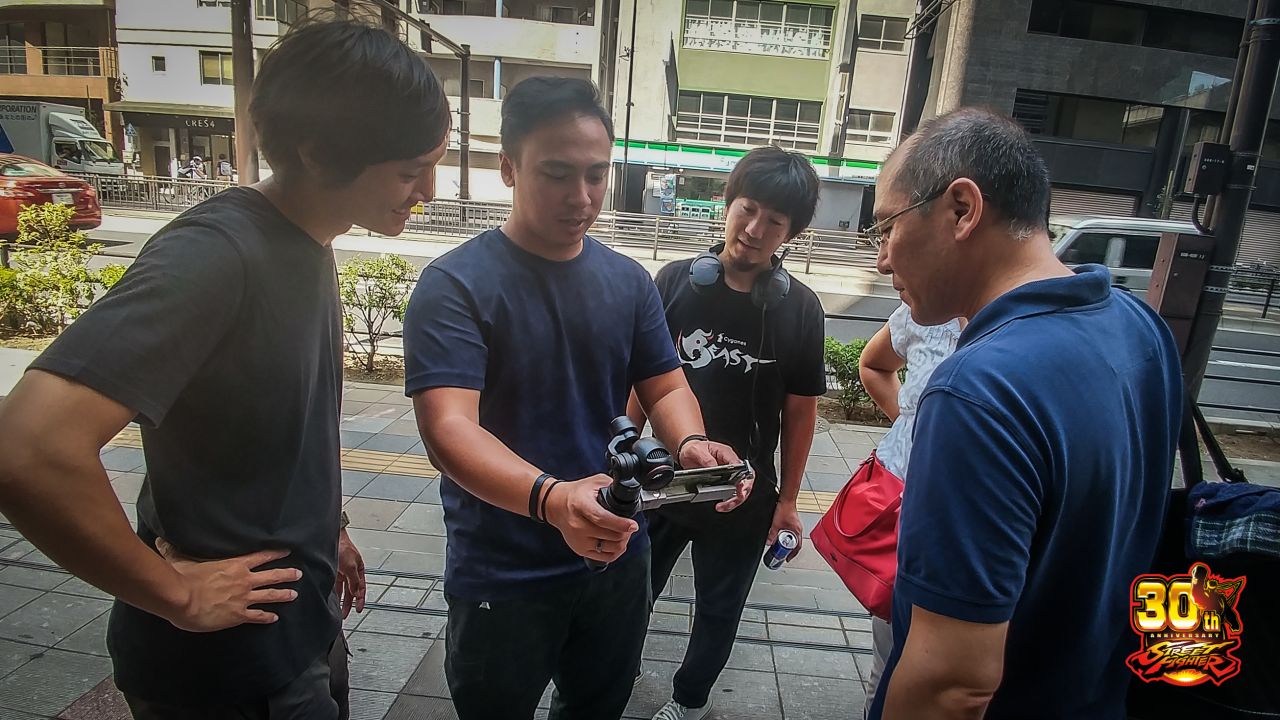 “To meet (Daigo), just him and us, no manager, in his house – that was a little surreal,” said Joe. “But it was really fun, really cool, to be in the presence of what a lot of people consider to be a gaming god.” 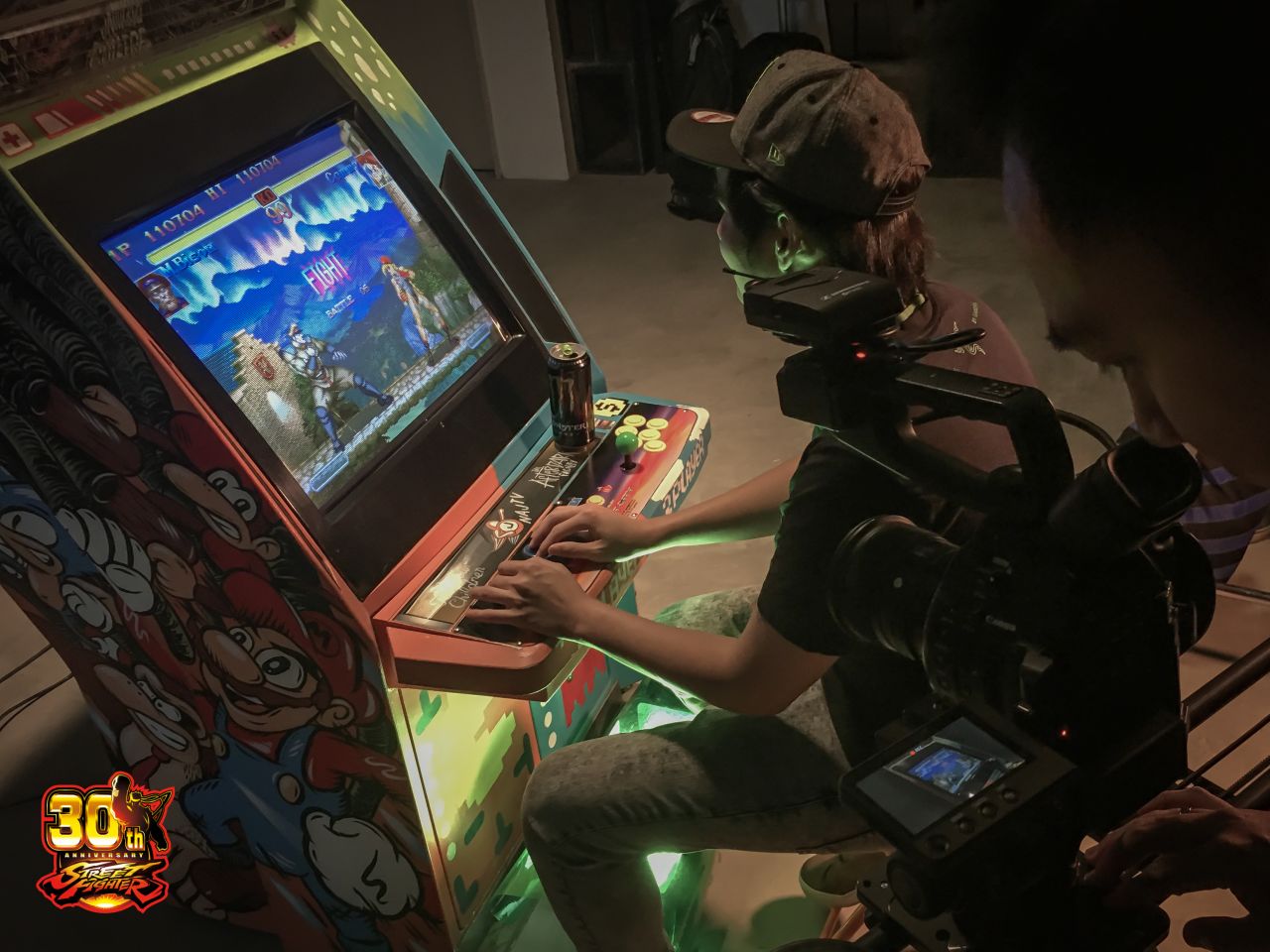 Oddly enough though, as well-versed as the NAJ team was with the ins and outs of Street Fighter and its community, the truth was that nobody – except for Director of Photography, Mark Teo – was any good at playing the game.

“We were essentially a bunch of noobs,” said Xin.

Their collective weakness eventually reared its ugly head in post-production, when Story Producer  and Editor, Huang Kaini needed cutaways of Street Fighter’s special moves and combos. With the exception of tournament content, all the gameplay footage in the documentary was recorded within the four walls of NAJ’s studio, revealed Kaini. 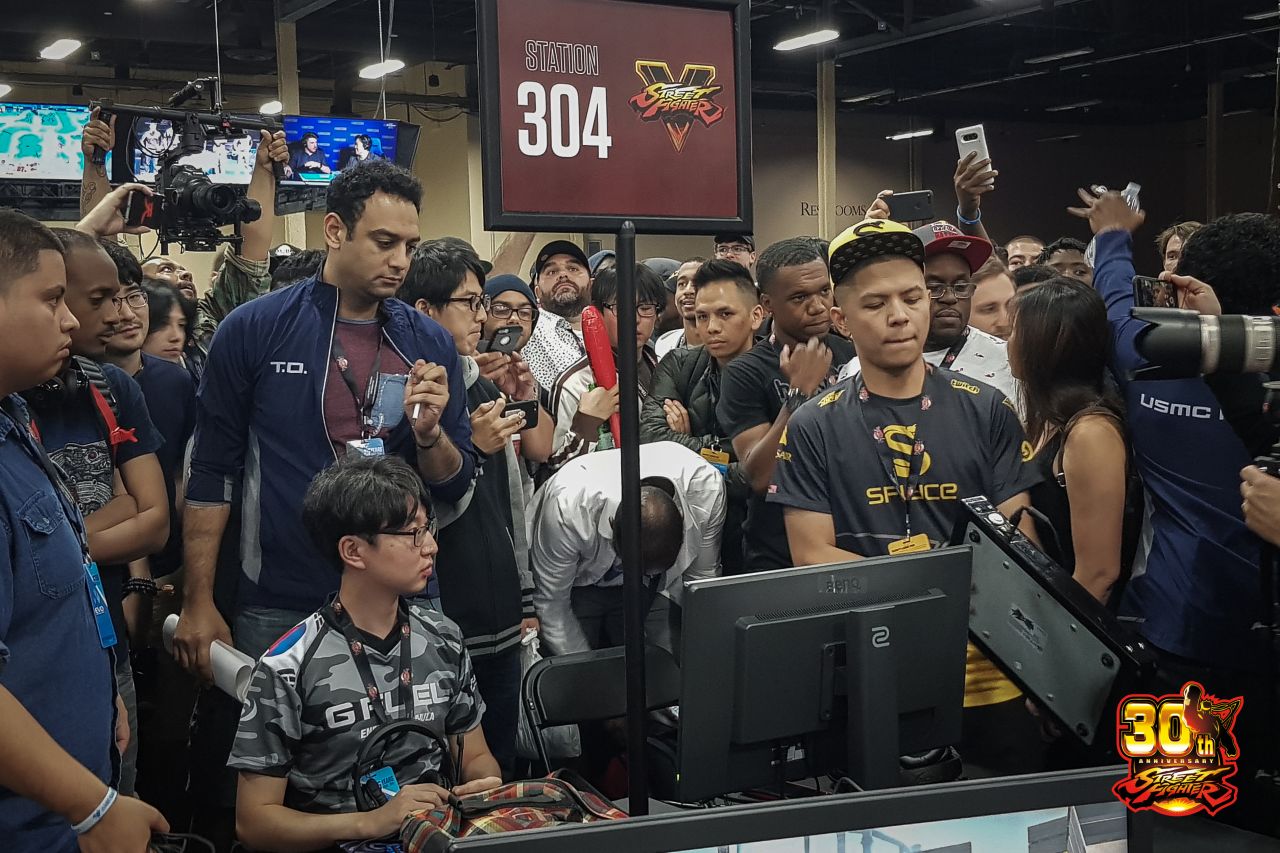 As it was, Kaini found herself struggling to get the desired footage. But things got even harder when her colleagues got too busy to help. “Sometimes I would try versus mode and control two characters at one time, and that was tragic,” said Kaini. “So you would just see one character jumping on the spot. Meanwhile the other one would suddenly be OP.”

For tougher moves that she couldn’t execute at all, Kaini found a different workaround: she would get the A.I. to execute it instead. “Any footage that you can see where A.I. is kicking human a**, that’s me,” she joked.

How new fans are born 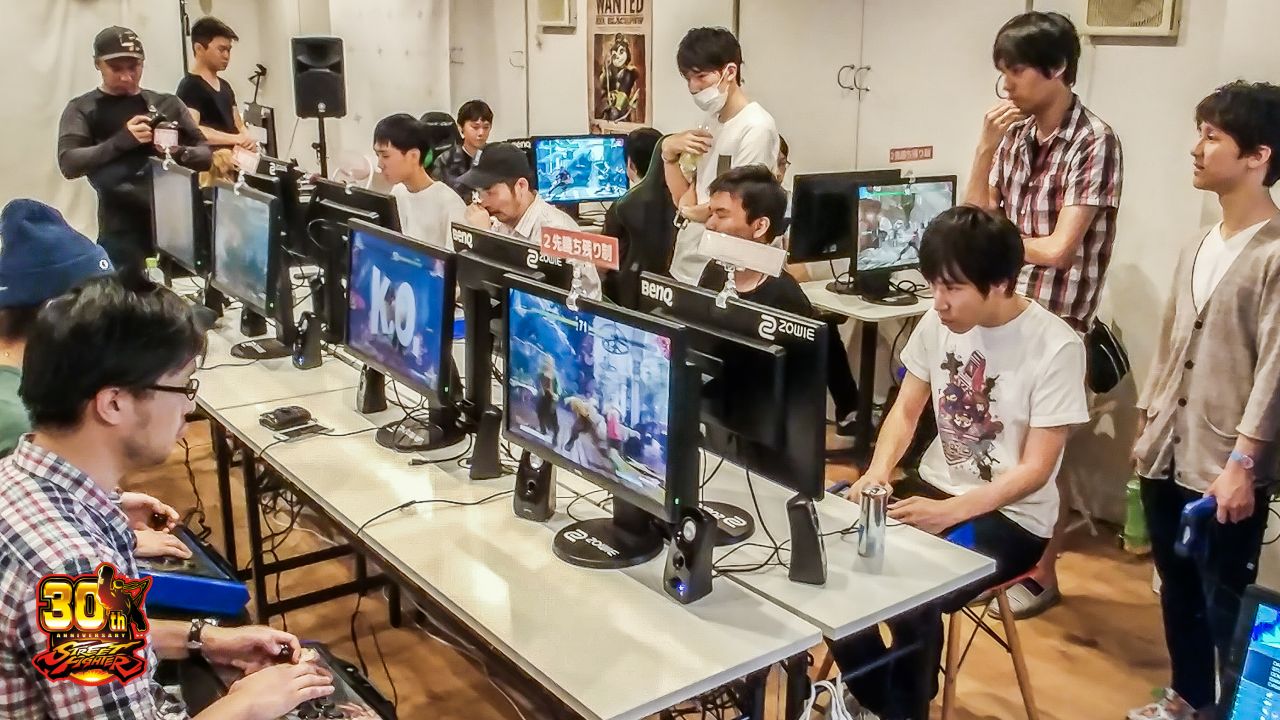 But abysmal gaming skills aside, Joe also noted how much more his team got excited about the project, as they started to play the game. Plus Street Fighter is an awesome spectator sport, he commented. “It’s so easy to understand.”

At the time of filming, everyone on the NAJ crew were already seasoned film and television professionals, who had shot many a high-adrenaline sports event. Even so, at the Finals of Evolution 2017 Championship, Joe could see Xin jumping in excitement at the back of the crowd.

To her, it felt akin to a UFC (Ultimate Fighting Championship) match. “It’s on that scale,” she said about it later.

Mark, who usually has his eyes glued to the viewfinder, also kept getting distracted from what he was shooting, going: “Wait, what happened, what happened? Did he win? Oh my God did he win?”

For viewers of the documentary, it’s just as hard not to be swept up in the rush of the onscreen drama or feel moved by the open expressions of exhilaration and disappointment. Even when actual tears start to flow, every moment of unbridled emotion feels fully deserved.

To quote Hajime “Tokido” Taniguchi: “Fighting games is something… so great.”

Gamers and non-gamers alike can now view the Street Fighter 30th Anniversary documentary as a mini-series at: http://bit.ly/SF30thDocumentary 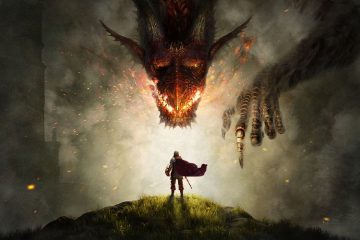 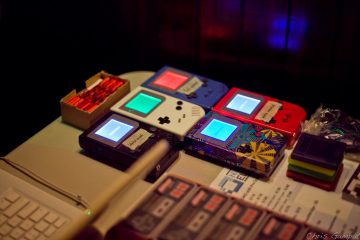