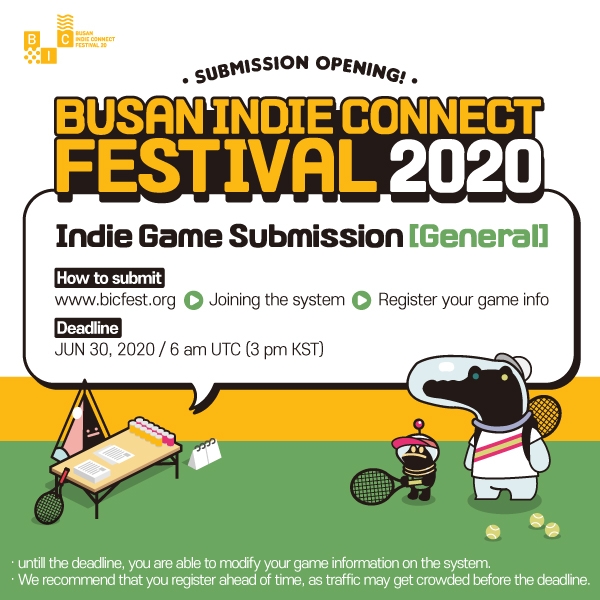 -BIC Festival 2020 will be hosted online (non face-to-face) on Oct 19 – 25
-The organization plans to build the real-time communication platform to focus on the core
purpose of the event
-BIC festival 2020 General Division exhibition game applications are accepted from Jun 10 to
3pm, Jun 30

BIC Festival, including the exhibition, conference, and all events, will be hosted online (non face-to-
face) this year to prevent the spread of COVID-19 and for the safety of developers and participants.
The festival is named “BIC Festival 2020-Untact(zero contact) Live” and will be held from Oct 19 – 25.

The organization mainly focuses on bringing the sense of real-world excitement to the online world
that we usually would only experience offline. To make this possible, they are planning to build a real-
time communication platform for developers and visitors. The focus on the core purpose of the BIC
festival is sharing feedbacks, while at the same time leading an expansion of the indie games’ base
with indie games’ challenging spirit.

To begin, the organization is accepting applications for the General Division exhibition from Jun 10 to
3pm, Jun 30. Any individual or team over 14 years old who develops indie games is eligible to apply.
The Rookie Division, which is a new feature from last year, will accept applications from Jul 1. For
more detailed information, you can check the official website at (https://bicfest.org/).

BIC Festival is a global indie games festival which has become one of the biggest indie game events
in Korea, held in Busan since 2015. Through their events, the festival finds and incubates good local
indie game titles, and helps their global exchanges and their expansion into the overseas market. In
addition, the organization has tried to revitalize the indie game development industry and expand the
emerging market’s basis. It has carved out its own space in the market that will help it resolve the
deep imbalance between indie games and leading companies that dominate the gaming industry.

The indie game Skul by SouthPAW Games, which won the “Excellence In Art” award in the General
Division last year, made a publishing contract with NEOWIZ, one of the biggest game
developers/publishers in Korea; who provides the game successfully. The other title, Ratropolis by
Casselgames, which won the “Rising Star” award in the Rookie Division, astonished everyone by
ranking 1st in the STEAM Top Sellers chart.

“We decided to host the event online this year since the BIC Festival is a global event with worldwide
indie developers and our top priority is safety. The Committee is working hard to build a system which
allows people not only to watch the games, but also brings the sense of real-world excitement. We
hope many people show us a lot of interest”, President & CEO of Busan IT Industry Promotion Agency
In-Sook Lee said.

Tae-Geon Seo, Executive Chairman of the Busan Indie Connect Festival Organizing Committee said,
“We deliberated about figuring out the best practical support for indie game developers every year.
And those thoughts and the hard effort of the developers seem to have achieved some outcome already
and we are very happy about that. We will be able to have more participants since the event is held
online this year, so we hope to have a lot of indie game developers’ participation and interest.” 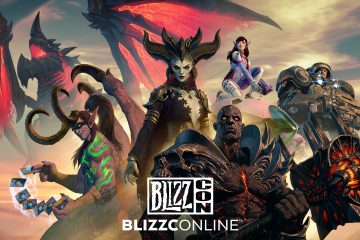