Blizzard Entertainment dropped quite a few bombshells in BlizzConline 2021, the digitised iteration of their annual announcement show.

To make up for the BlizzCon’s absence in 2020 due to the global pandemic, the event was held in February 2021 instead of its usual September schedule, which just so happens to be Blizzard’s 30th anniversary.

To celebrate this auspicious milestone, gamers were treated to an action-packed weekend filled with updates to upcoming games, as well as massive reveals of certain fan-favourites. We were also treated to some awesome virtual live shows that ran across the two-day show.

Without further ado, let’s take a look at some of the most epic announcements to come out of BlizzConline 2021!

Arguably the biggest lid that was lifted at BlizzConline was that of Diablo II: Resurrected. One of the most iconic, genre-defining games of the early 2000s is back with a HD makeover, and in some style.

For players of the original game, this is the very same Diablo II that many have come to know and love, with a lot more gloss and polish. Players get to enjoy all the content from the original game, as well as its expansion, Lord of Destruction. The cherry on top here, of course, is the fact that players will get to carry over their progress over multiple consoles, including PC, Nintendo Switch, PlayStation 4 & 5, and the Xbox Series X|S.

Though it’s safe to assume that the release of Diablo IV might still be a while away, it’s always a breath of fresh air whenever a new class is announced — or in this case, makes a return. This time, we got our first looks at another familiar face — the cunning and dextrous Rogue from Diablo I and II, a spry striker adept at cutting swathes into foes at blinding speed, seamlessly switching between melee and ranged attacks.

Also, let’s just put it out there that the trailer that came out for the Rogue may be a little too… ear-ie for some of you…

The first major content update for World of Warcraft: Shadowlands has been revealed. Chains of Domination sees the nefarious Jailer make his moves upon the Shadowlands, instilling fear and dread over all in Azeroth’s afterlife.

It then falls on the combined forces of the four Covenants in the Shadowlands to delve into the Maw, where the Jailer presides, to root out his evil concoctions. Expect more raids, dungeons, and PvP content to fill your time when Chains of Domination drops eventually.

Nostalgia seems to be a running theme at BlizzConline, and it’s arguably at its peak whenever a new update for WoW Classic is unveiled. This time, the Dark Portal opens once more as players will get to experience the original game’s very first expansion, Burning Crusade, once more.

From “new” races in Blood Elves and Draenei, to exploring Draenor and surviving its various perils to reach level 70, and flying mounts, there certainly is much to be excited about when revisiting one of the most iconic WoW expansions of all time. And to quote a certain Demon Hunter, you are probably not prepared for this expansion… or are you?

Hearthstone continues its ever-populated content train rolling for 2021, and the massively-popular card game isn’t showing signs of slowing down with Year of the Gryphon. Over the year, a new Core set of cards will be introduced, as well as the Classic format to let players experience the game as it was originally released back in 2014.

The first expansion for Hearthstone for 2021 has been announced: Forged in the Barrens. This update takes players to the titular Barrens from Kalimdor, where a ton of Horde-themed mechanics such as Ranked Spells and the Frenzy keyword will be present in a host of new cards, alongside new Legendary Mercenary minions to shake gameplay up even more.

Finally, a new game mode in Hearthstone Mercenaries will be coming to the game sometime later this year. This single-player PvE rogue-like mode lets players build decks composed of some of the most iconic characters from the Warcraft universe and level them up in increasingly difficult challenges.

The nostalgia vibe at BlizzConline continues strongly with the announcement of the Blizzard Arcade Collection, a capsule collection of some of Blizzard’s earliest titles in celebration of Blizzard’s 30th anniversary. Retro arcade classics such as Rock N Roll Racing, Blackthorne, and The Lost Vikings are playable in this collection, which is available now for PC and consoles.

The upcoming launch of Overwatch 2 draws ever closer, and at BlizzConline, players got a sneak peek at what’s been cooking at the studio. A lot was talked about but not fully revealed, but gave us all goosebumps regardless.

We got a closer look at the RPG-esque talent system, which essentially transforms the abilities — and possibly even roles — of many favourite heroes, which can potentially change the dynamic of entire games. This ties in nicely with the PvE-focused Hero Missions, that let players who don’t normally play competitively against other players enjoy Overwatch 2 with their friends at a more comfortable pace.

Also, new maps such as Rome and New York City have been teased, as well as environment updates to existing maps which include dynamically-changing weather effects and time of day, which brings the game to new levels of immersion.

The inaugural BlizzConline certainly injected a ton of excitement into many gamers with all these epic new updates and announcements. Now we only need wait for them to finally drop so we can get into the action ASAP! 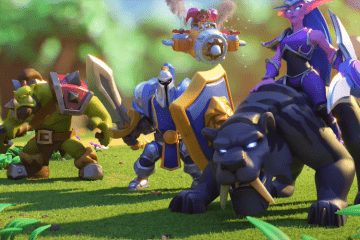 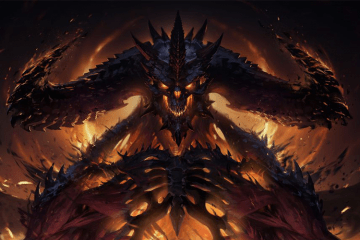