Creator of “60 Seconds!” explains why it’s so hard to get a good ending

Developing a game is expensive, especially for indie developers who have no support or whatsoever. 60 Seconds! is definitely one of the few who become big and earn enough to get localisations. The secret behind it is perhaps using a generic theme that has probably been used way too much, but wrapping it up in a novel, creative way.

No Fallout doppelgänger, it’s all about the story

60 Seconds! is a post-apocalyptic survival game. Post-apocalyptic and survival – nothing sounds new. It could be another multiplayer online game like H1Z1. In fact, it is far from that. It consists of 60 seconds of adventure and scavenging, then followed by a thousand hours of storytelling and survival. Those 60 seconds are unquestionably the most crucial – they decide how the story is going to be.

While explaining why 60 Seconds! does not turn out to be like many of its post-apocalyptic survival counterparts such as Fallout, Anastazja said storytelling always came first.

“We intend to make all of our games storytelling experiences.”

Anastazja and the rest kept the common post-apocalyptic setting to tell stories of the collapse of the society as they knew it, as well as to address the subject of nuclear weapons, Cold War paranoia and propaganda in a satirical way.

This can also be seen from how many good (or slightly better) endings the game has.

“With the contrast of limited number of good endings to an overabundance of bad endings we wanted to highlight that the game’s post-apocalyptic world is unforgiving.”

When players play 60 seconds!, they often struggle with getting the good endings. There is always a high possibility that they fail to get them in the first several runs. This also leads to another issue of being a novel-like game: the lack of replayability.

Nobody’s playthrough is the same

It is rare for major YouTubers to do a single episode on 60 Seconds!. A whole lot have made it a series – thanks to the ten endings that got them to play again and again.

Most story driven games, such as Life Is Strange, consists of choices that do not affect the plot much and only a few endings. Players are very likely to give up after the first play through. In 60 Seconds, Robot Gentleman makes sure every decision counts and every player has a different experience to share.

“The pillar of 60 Seconds! gameplay is the unique chain of decisions and their consequences every time you play,” Anastazja said, “ultimately, we wanted players to engage in the game, come back to it regularly and master it with a mix of context relevant decisions and a fair degree of trial and error.”

Despite being a fun game with a high retention rate, it is not stopping and will not stop here. There are more to come. “We still have plenty of ideas for 60 Seconds! and are working on new content DLCs.” According to Anastazja, some extra contents are even free.

This is surely a great news to fans.

At the very beginning, the team had already aimed for getting the game localised. Yet, an indie developer consisting of only a few members can barely finish a game with limited budget, not to mention localisation.

“Since we pretty much poured all of our savings into the game’s development, we could not afford translations. 40000 words of text can cost quite a lot to translate!”

60 Seconds!’ success is international, and it was only until its success did the game get more languages. Now it is available in nine languages including English, Polish, French, Italian, German, Spanish, Japanese, Portuguese and Russian.

Is there any chance to for more multilingual versions?

Consultant Vlad said the team was working on the mobile version, so more translation work might not be their first priority.

60 Seconds! is now available only on Steam and iOS. Let’s hope an Android version will be released soon!

Last but not least, the game’s merchandise displayed at Causal Connect Asia 2017 was quite amazing! 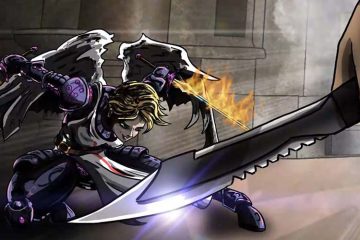 Creator of “60 Seconds!” explains why it’s so hard to get a good ending