Ask any Singaporean what their favourite pastime is, and nine times out of ten, you’ll most likely get an answer that involves eating to some degree. This is reflected so well in the upcoming indie game Cuisineer.

Developed by Singaporean studio BattleBrew Productions (BattleSky Brigade, BattleSky Brigade TapTap), this rogue-lite dungeon crawler puts players in the shoes of Pom, an adventurer who has inherited her family restaurant which has fallen into debt. 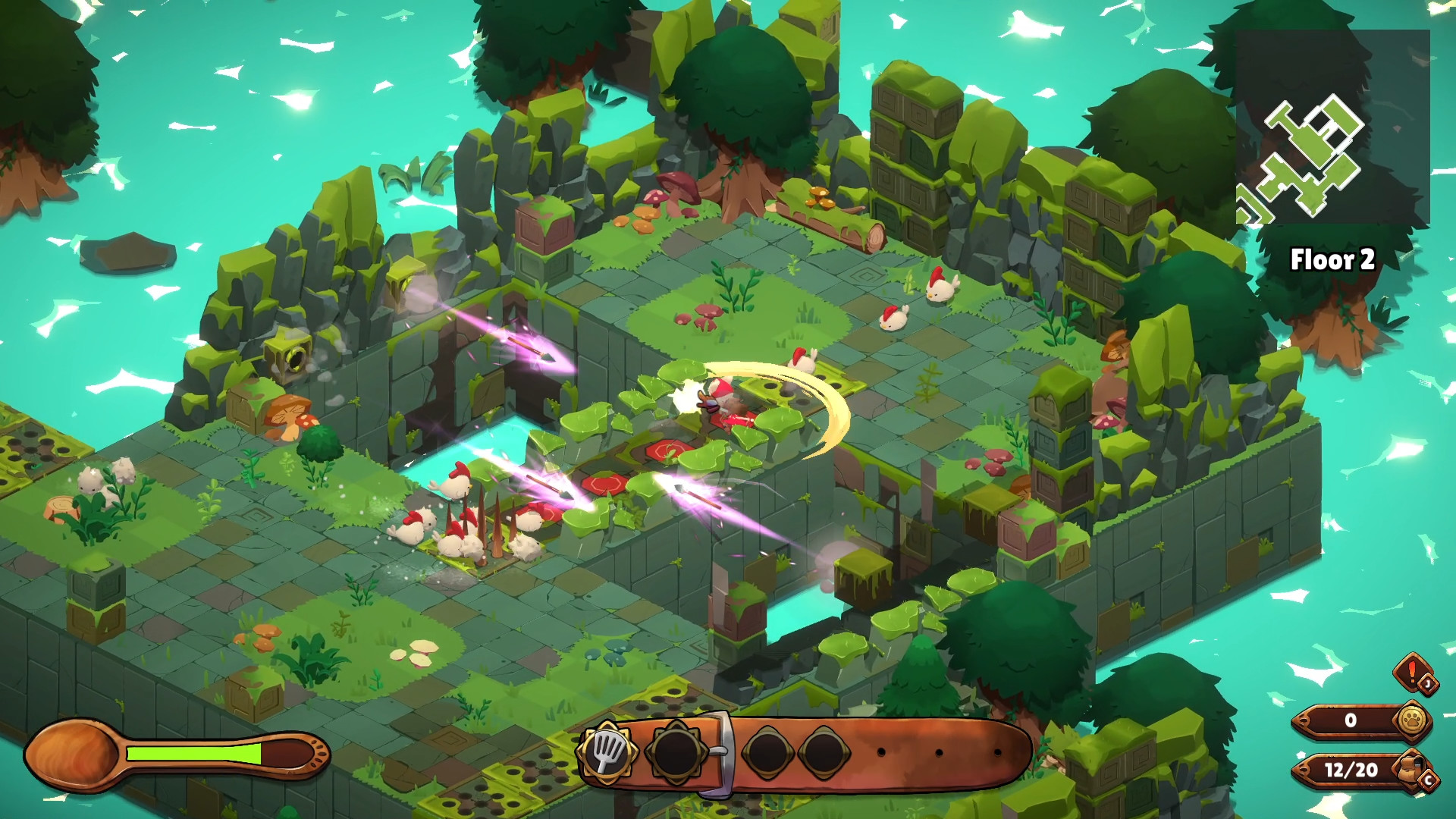 Pom is tasked with reopening it. To gather the funds to do so, she does what she does best: plunder dungeons for precious loot and treasure.

Cuisineer’s gameplay is split into two main segments: dungeon-crawling and restaurant management. The former part may be familiar to fans of action RPGs like Hades and Diablo, as you’ll run through procedurally-generated maps across a wide variety of biomes and environments, hacking and slashing your way through swathes of monsters. Defeating monsters and bosses nets you some ingredients with which to cook dishes to serve customers later on. 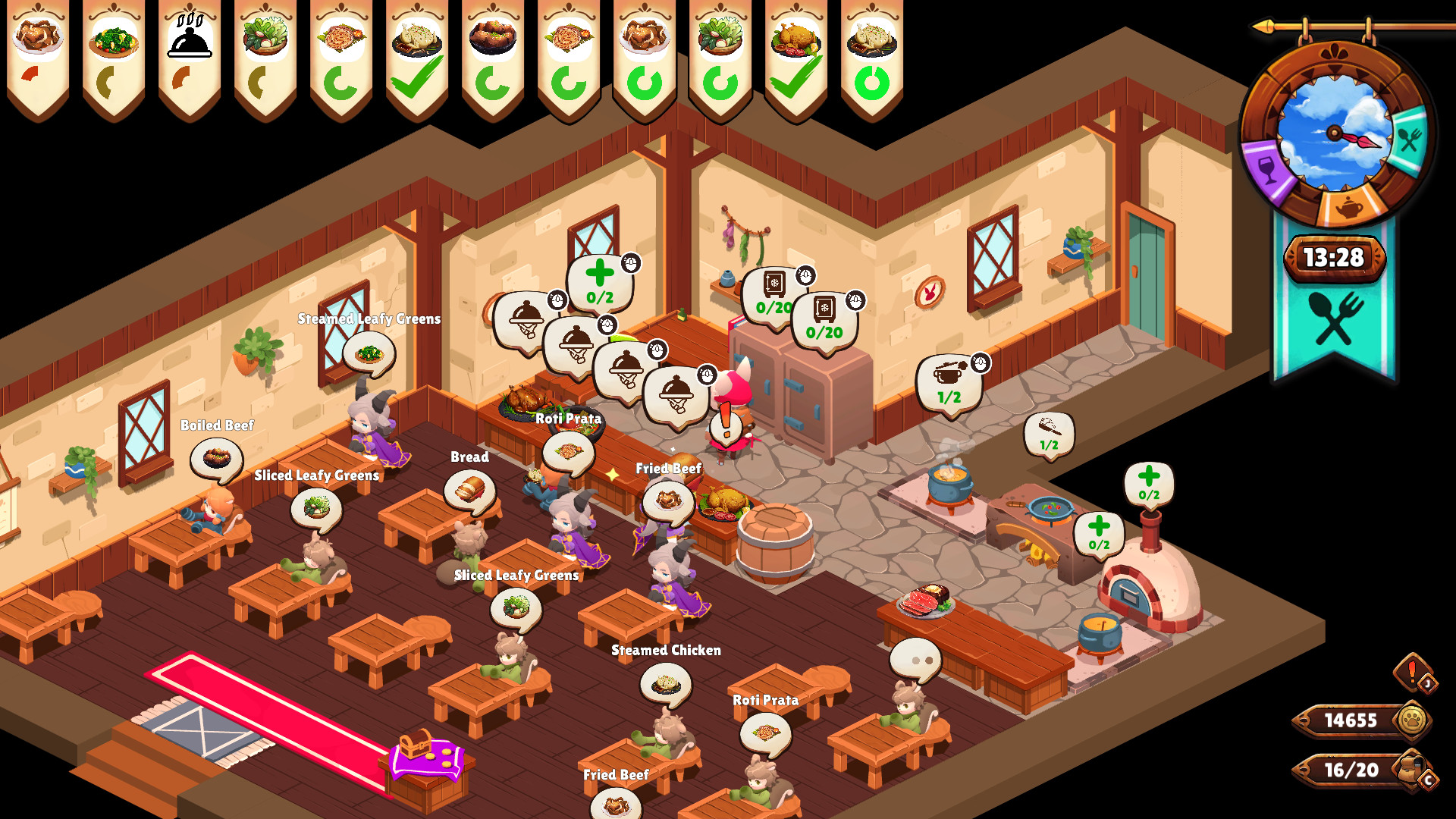 Once you’ve gathered enough treasure from dungeon runs, you’ll then have to head back to town to run the restaurant. Similar to Overcooked! and Diner Dash, you’ll need to whip up an assortment of dishes to be served to the right customers within a limited time frame.

As the game progresses, you’ll get to unlock over 100 unique recipes with which to tantalise customers. In town, you’ll also get to talk to NPCs to buy supplies from them (such as Bubble Tea potions!), undertake quests, and perform research tasks to improve your restaurant and dungeon-crawling skills. 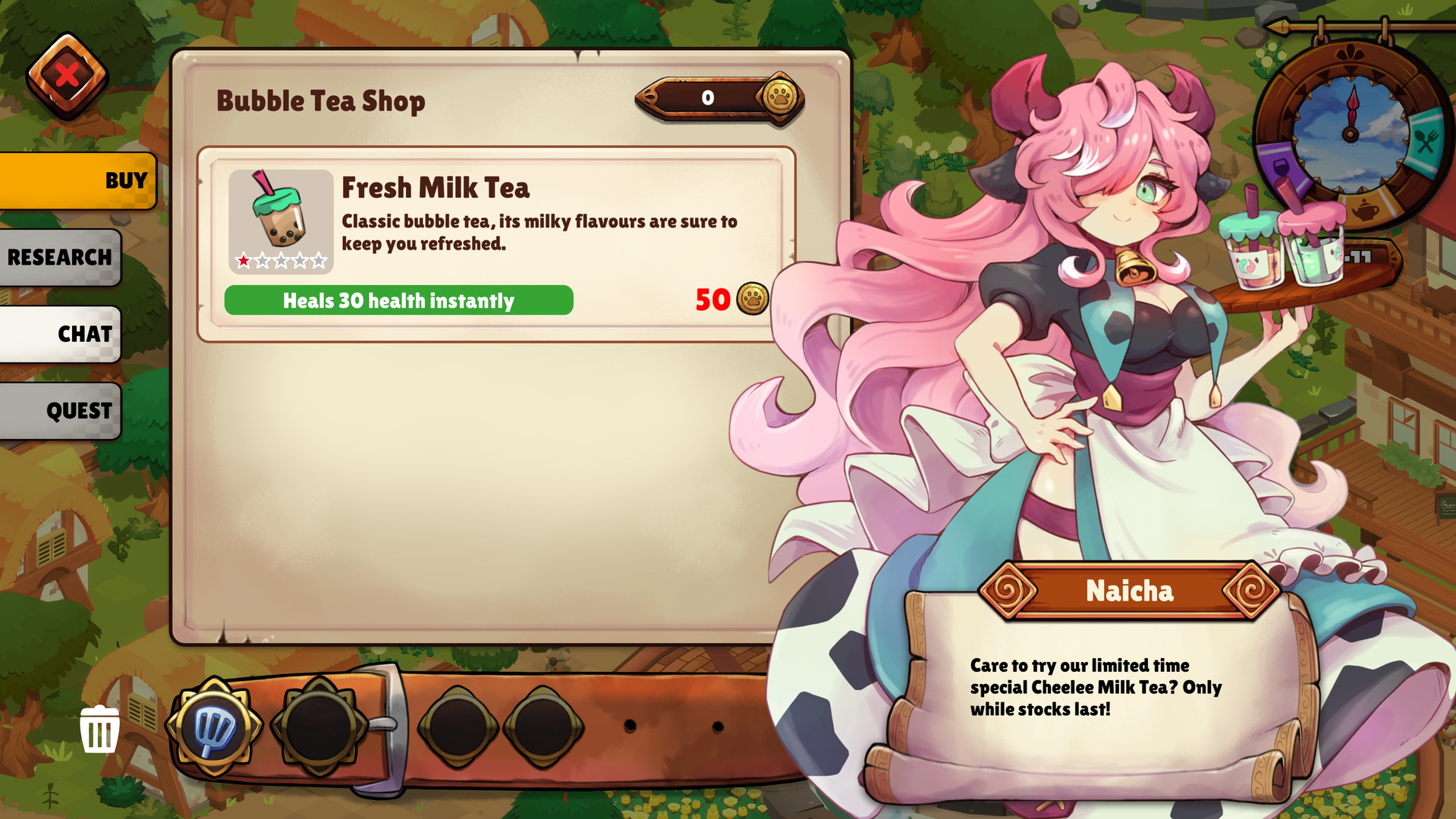 BattleBrew’s Cuisineer was also the winner of 2022’s January Digital Big Indie Pitch, where they pitched the game’s concept to various potential investors and publishers against a host of other indie hopefuls.

No release date has yet been announced for Cuisineer, but you can wishlist the game on Steam.