Here at GameStart, we are uber passionate about growing our local game industry. Be it indie developers or their larger counterparts, we value the impact and effects that games can have.

GameStart will always support any aspiring individual or company starting in the scene, and we are extremely proud to unveil our partnership with Singapore Polytechnic and SP Design School!

Through this partnership, students at SP Design School got to stretch their creative legs and tried their hands at developing games over several months.  7 outstanding teams came together and brought their ideas to life with a little dash of GameStart’s mascot, Alyse, thrown in!

Both Singapore Poly and the students will be showcasing their titles at GameStart 2017 under the DGDD Games’ banner, so do come down and support the next generation of game makers! In the meantime, here’s a sneak peek at what’s coming your way at GameStart 2017 from our student developers! 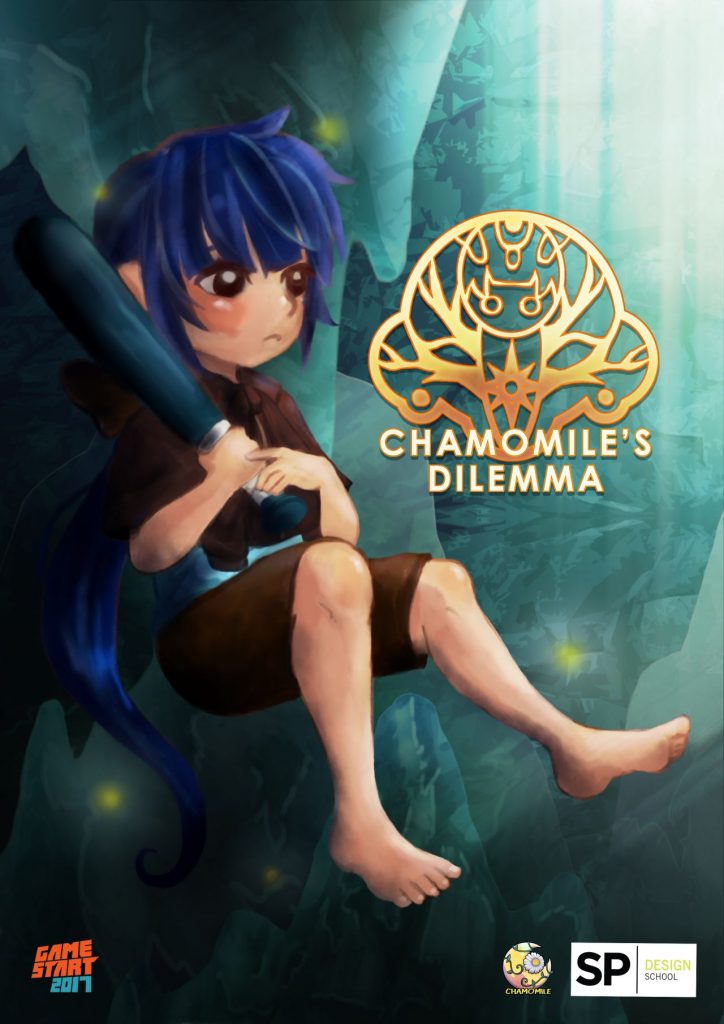 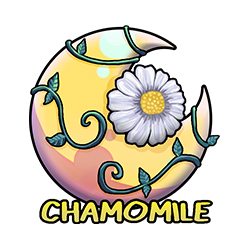 TEAM CHAMOMILE
Chamomile’s Dilemma is a Story Based Real-Time Strategy Game which tests your reaction time. Enjoy the game’s stunningly hand-drawn graphics complemented by a mellow and lighthearted story, beautifully composed soundtracks and an action oriented combat system which scales in difficulty. Chamomile’s Dilemma is a student made game which is the first of its kind, made possible by the partnership between Singapore Polytechnic and GameStart Asia. 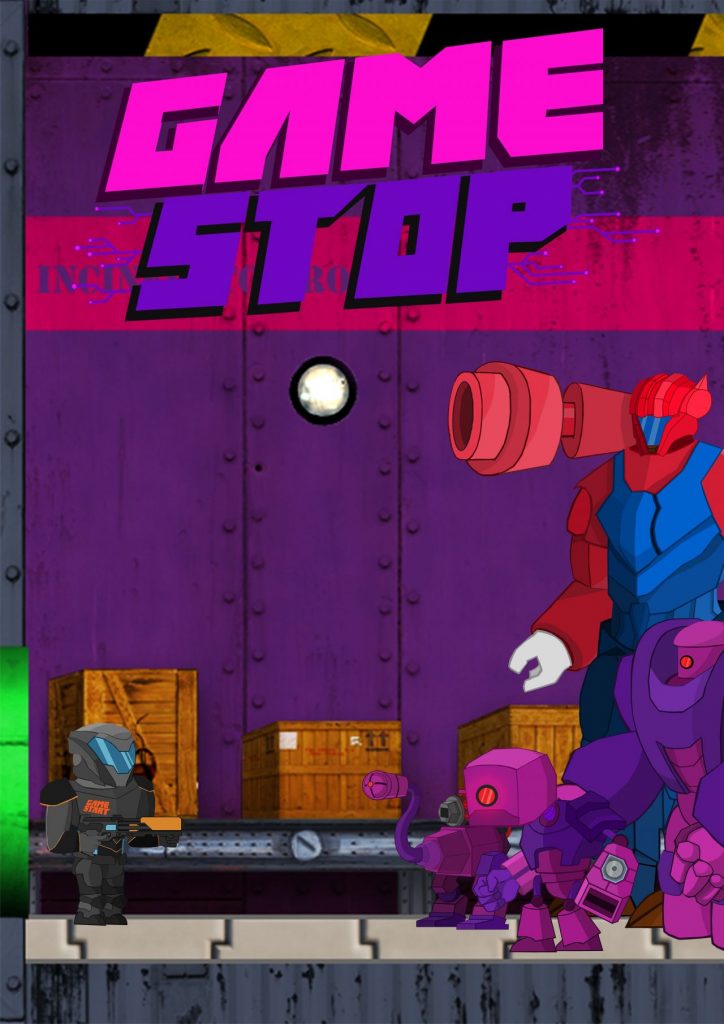 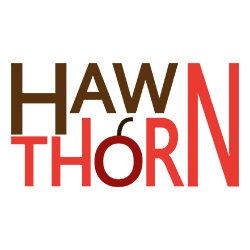 TEAM HAWTHORN
GameStop is a 2D platformer game that has shooting elements. Each player takes on the role of an agent from GameStart, an organisation that loves and supports the gaming culture. An evil organisation called “GameStop” has stolen game cartridges and CD-ROMs from all over the Singapore. The agent’s mission is to destroy their base and retrieve the cartridges and save all the games! 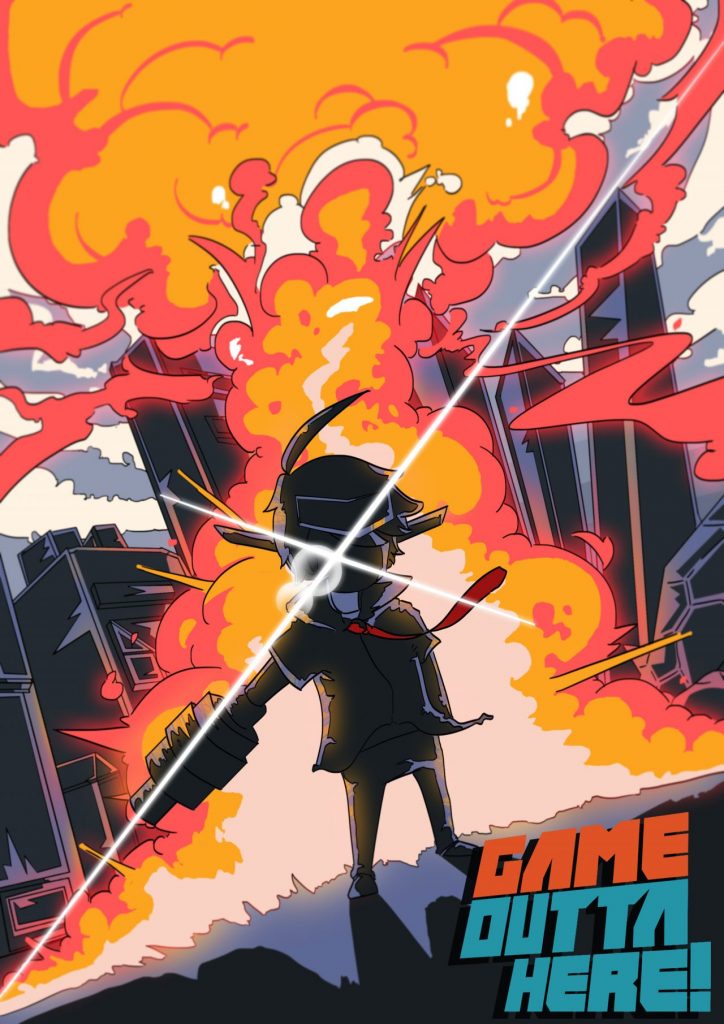 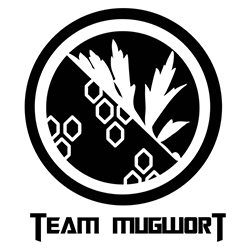 TEAM MUGWORT
A 2D Top-Down Boss-Rush Bullet Hell game, GAME OUTTA HERE stars you as a straight “A” student who does nothing but study all day, not knowing about other sources of entertainment. One day, Alyse appears in front of him to introduce Gaming Culture and invites him to join the Gaming Community. Rejecting the invitation and running out of the house, you realize that you have been transported into a different world, one reminiscent of the gaming world. Luckily, Alyse has provided you with an arm blaster to battle your way out of this foreign new world. 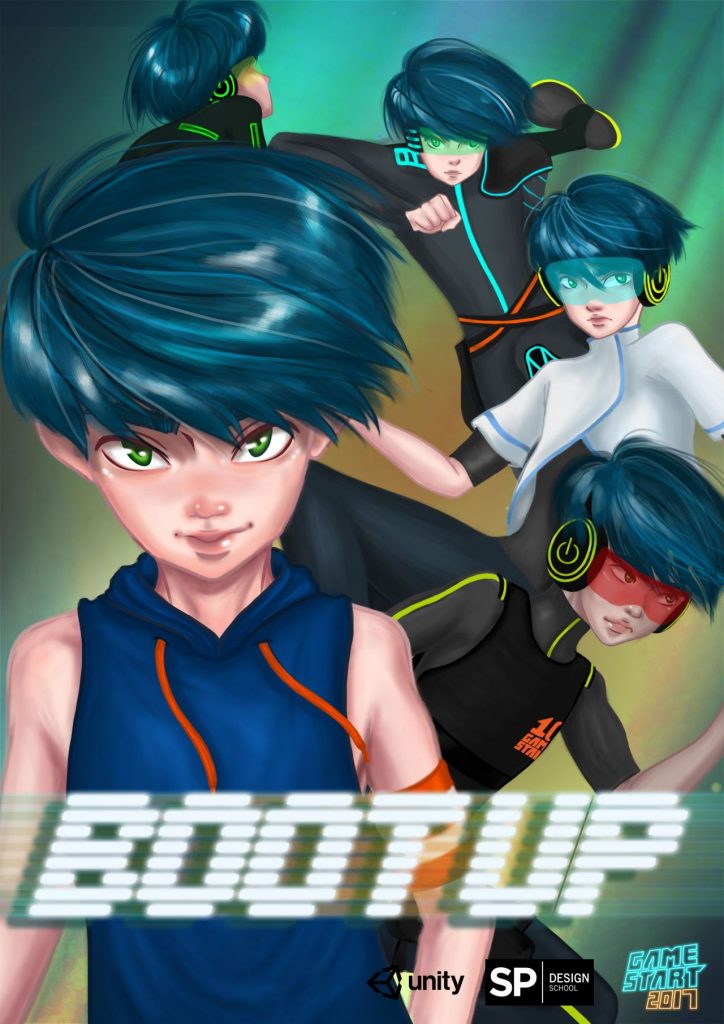 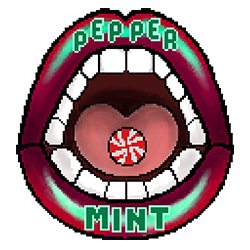 TEAM PEPPERMINT
A top-down sci-fi shooter set in futuristic Singapore, where esports is a noble profession. Players take the role of Dan, who is training to become a competitor by facing different challenges in the form of puzzles and attacking enemies under a timer, all of which require quick reaction and thinking – essential skills in esports competitions. Will you survive and become the player you can be? 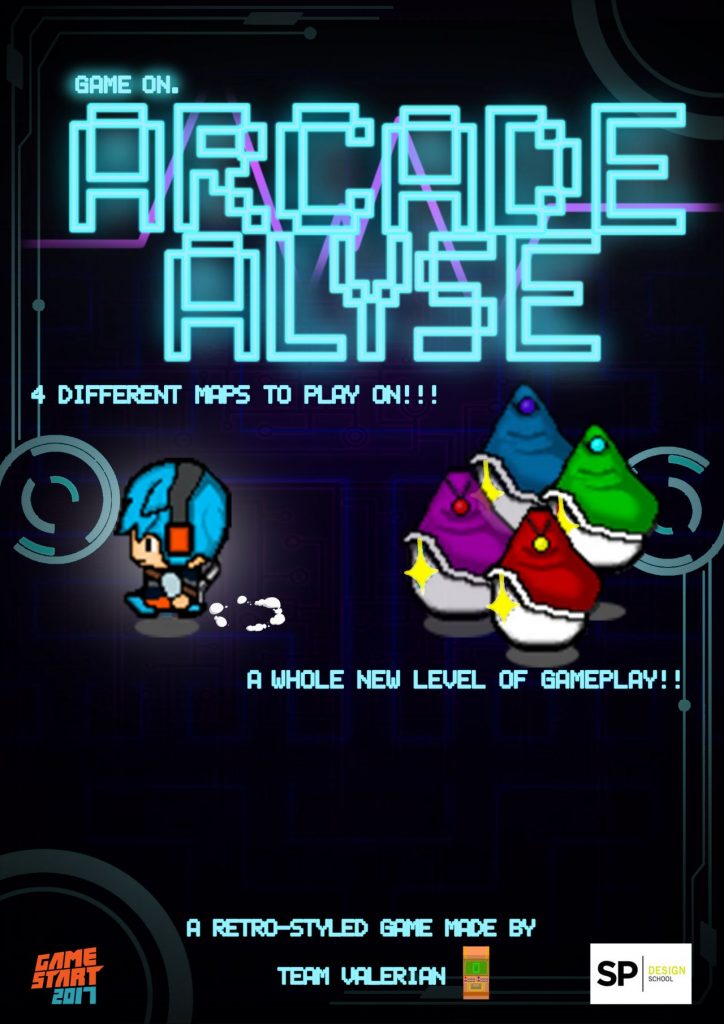 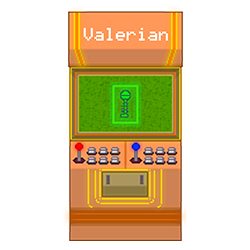 TEAM VALERIAN
Help Arcade Alyse collect coins so that she can buy her ticket for GameStart! Fight through the four enemies – Shooter, Frost, Trapper, and Speedy, each with their own unique abilities to watch out for! 4 Levels to choose and play from, each level being bigger and harder than the previous, try and get the highest score possible! 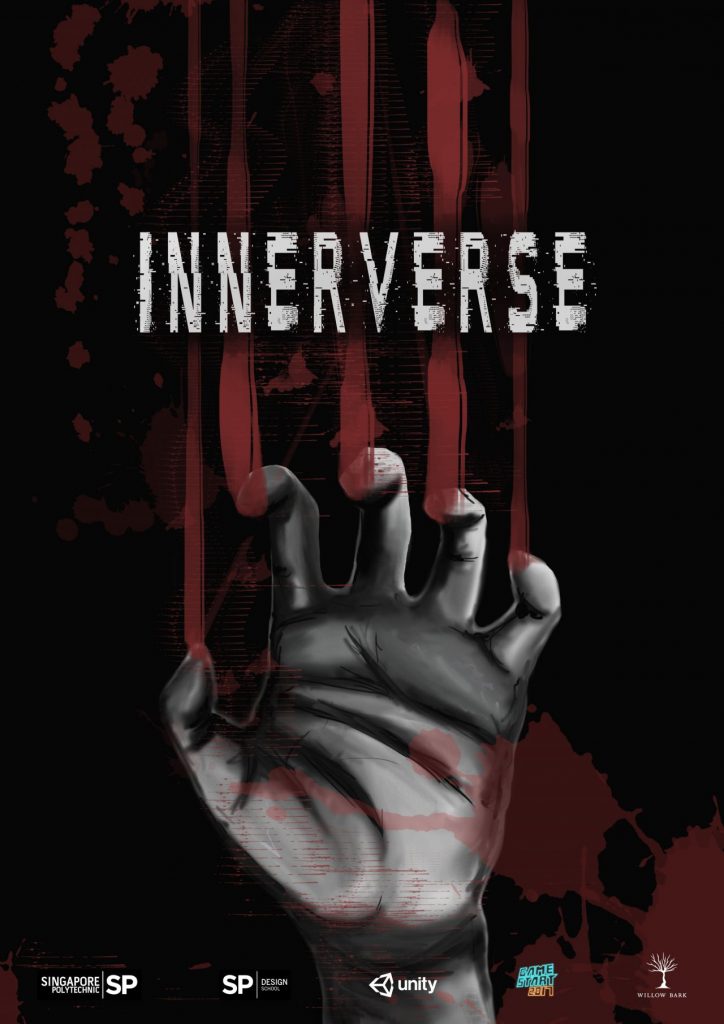 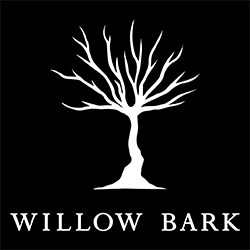 TEAM WILLOW BARK
Innerverse is a 2D side scroller and action game. Alyse, who is stranded in a post-apocalyptic zombie infested virtual world must collect every memory fragments and make her  way to the end of the level that is labelled with a “GAME START” sign to escape the virtual apocalypse. With three different forms to suit her combat needs as well as environmental interaction, beware of the living dead! 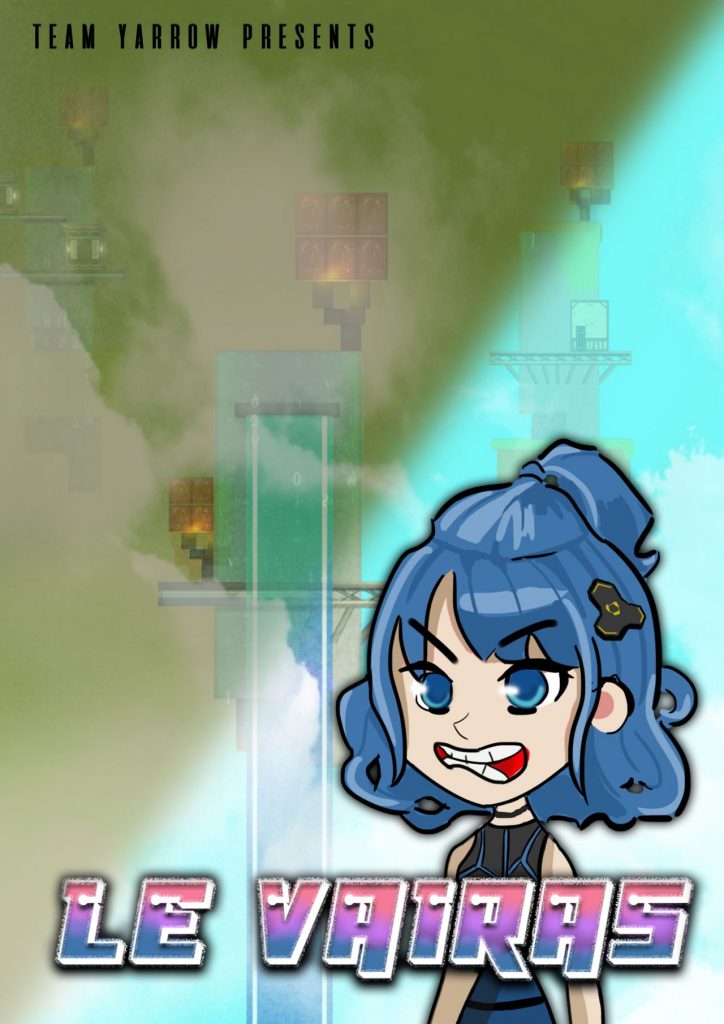 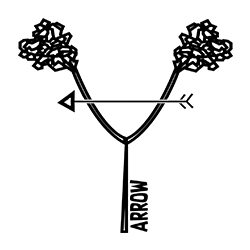 TEAM YARROW
Le Vairas places Alyse in a 3D world filled with changing perspectives. To save the day, maneuver all four sides of the 3D world and unplug all the triggers before the virus spreads and overtake your hometown!
Tags:2017DGDD GamesGameStartgamestart 2017Singapore PolySP Design School