From June 12 to June 14, the video games industry just got more interesting with big promises and even bigger expectations. That’s right: the Electronic Entertainment Expo 2016 (or E3 2016 for short) has transpired, and the future looks incredibly big and bright for digital entertainment.

After all is said and done, did this year’s biggest gaming expo in the US leave a lasting impression or a bittersweet memory?

Truthfully? It’s a bit of both. Let’s delve right in on what went right and what went wrong.

The Year Of Jumping The Gun

Out of all the past E3s, this year in particular had the most software leaks. Even a lot of games were announced and hyped up prior to the event: Watch Dogs 2 and Injustice 2 being such examples.

The biggest leak of all is the schedule and key notes of Microsoft’s press conference, spoiled by NerdLeaks just moments before the big show. It could be planned for all you know, but these sort of PR & Marketing near-disasters usually take out the buzz and “X factor” of these game shows. Thankfully that wasn’t the case, as every company had a really good showing.

The Year That Everyone Got “A” For Effort AND Performance

Bethesda. Microsoft. Ubisoft. Sony. These companies brought their “A” game material for their presentations and reveals. There were no clear losers in the broad sense; there were hinging weirdness like the overzealous Elder Scrolls Lady and the start of Ubisoft’s conference, but the aforementioned companies did anything but falter.

EA did what was expected, and delivered the goods in the form of a new Mass Effect teaser and a lot of Battlefield 1. Bethesda brought in Dishonored 2 and a glimpse of Quake Champions while half-basking on the success of its released games while also introducing a lot more longevity to them. 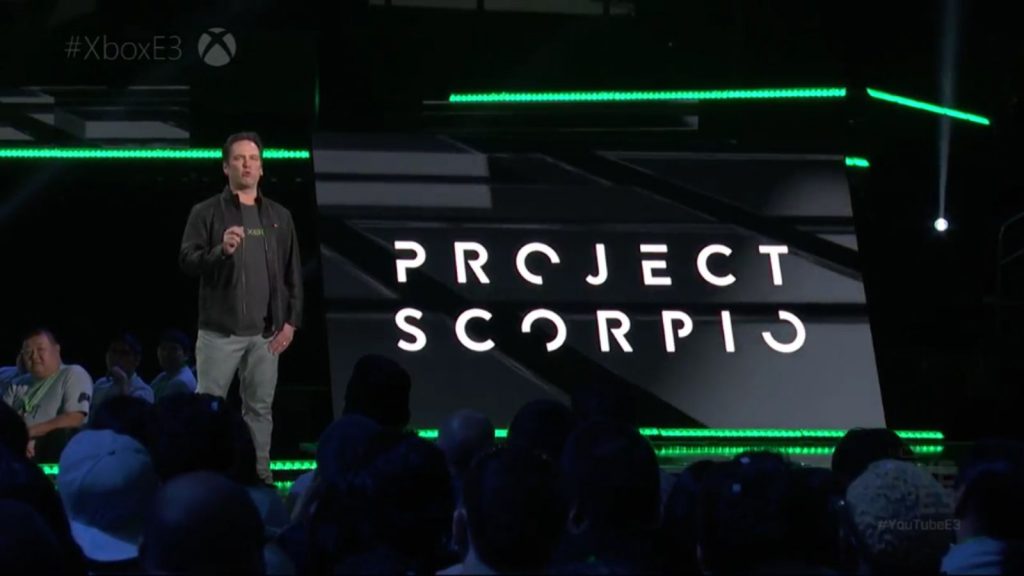 Microsoft and Sony continued on with their game-laden streak. The former added in their new Xbox One S and Project Scorpio in the mix. The latter brought in new takes on old favorites, a return of an old friend, and a new IP from the folks who did Syphon Filter.

And despite the odd introduction of Ubisoft’s media briefing, the rest of the show was showcasing a lot more of last year’s teasers and a finale that introduced a new IP involving extreme sports. You can believe that one of the more memorable games during the pre-E3 launch does not involve shooting or maiming, but instead focuses on exploration and snowboarding/wingsuit-gliding.

While some may argue that Sony came out on top, there were no outright stinkers and non-gaming moments. These companies were off their high horses and knew what really mattered in the week of E3. It wasn’t about entertainment integration or NetFlix or motion control fiddling: it was about the games, and a promise of a great digital entertainment future because of it. Because of this, the real winners are us: the gamers, the consumers, and the enthusiasts.

The Year Of A New Zelda Game’s Big Promise 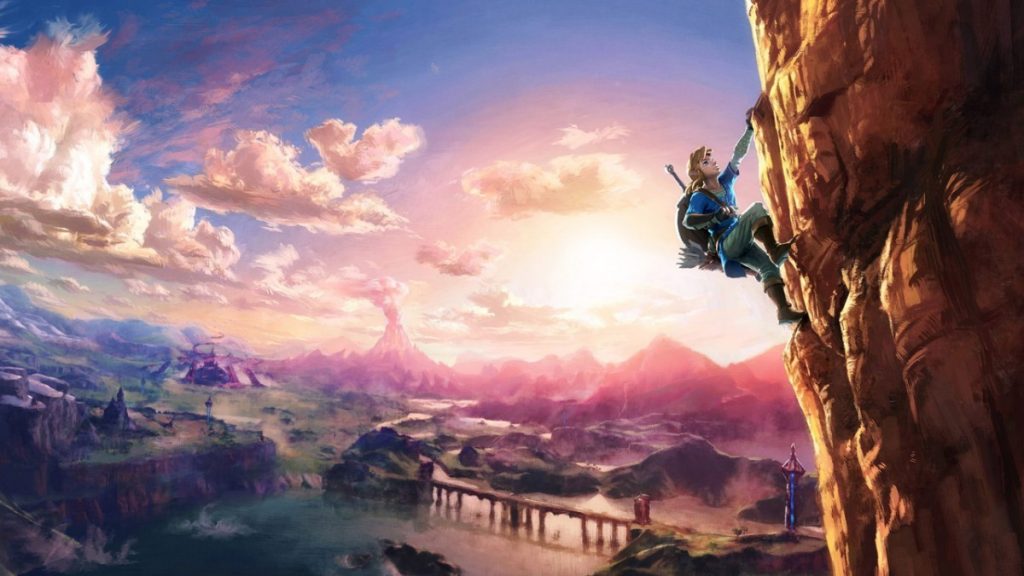 Nintendo did their damn best in making sure we remembered everything about their upcoming Legend of Zelda game, titled Breath of the Wild. This new entry in the action adventure series focuses on discovery, exploration, and open-ended gameplay more so than usual, rather than an illusion of it like its predecessors.

From the incredibly detailed and lush Nintendo Treehouse presentation, to its fancily-decorated stage show and booth at E3, the game was the talk of the town. Don’t believe us? Take a look at these Twitter findings on what trended during the 15th and 16th of June: 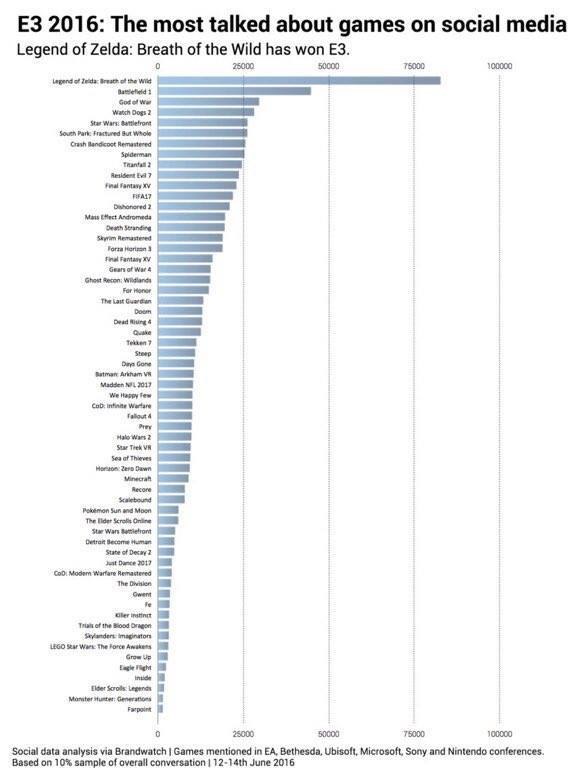 Even with just one major game playable on the show floor that’s slated for 2017, its showing was more than enough for the company that made Mario a household name.

The Year Of The Influencers 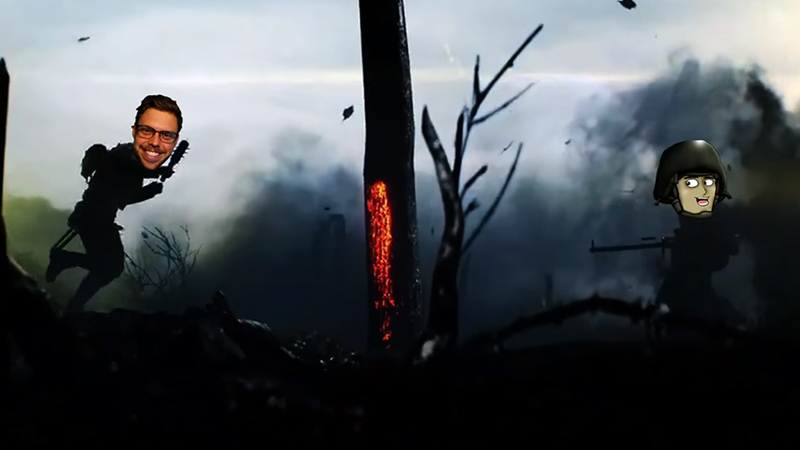 YouTube & Twitch content creators have already made their presence felt and heard, like it or not. The last bit of the EA Play segment showcased the “apex” of this: two content creators with grating voices promoting their livestream of Battlefield 1 in what seems to be glorified advertising by EA. This is the equivalent of having a bunch of 19-year olds hopped up on drugs promoting Mountain Dew and Gatorade obnoxiously for hours on straight.

Are game reviewers and publications made obsolete because of these millennial-pandering content creators? Maybe not, but only because some of the former made the switch to video and were already doing solid content that would resonate to its audience and casual viewers for the long run. Others may not be so lucky; they will have to evolve or fade off into obscurity.

What would an E3 show be without such awkward moments between hired co-hosts-slash-shills-slash-former-game-journalists and jokes that make even crickets go “huh”? While not outright game-breaking, these moments on video do need pointing out because human-made metaphorical train wrecks on-stage will always make your day feel better.

The Year Of Contemplation

Is E3 still relevant in this day and age, even with companies like EA being able to host their own show within the den and month of June? It still is, according to industrial luminaries like Take-Two’s CEO Strauss Zelnick.

According to his interview with Gamesindustry.biz, he said that the world is changing, but publishers still rely on press and advertising to reach their consumers. “The fact that we distribute digitally, which we do through storefronts, largely not through our own… we still have a retailer in between us and our customer. I don’t think the fact that digital distribution is growing makes your job less relevant or less important or makes a conference like this less relevant or important.”

His statement on measuring success via strong branding and having key publications cover it through editorials is what makes the expo more valuable than most would realize. “I think when you add an editorial view,” he said, “what the key publications say and feel and write is really important. It is an influencer. The only other entertainment business I know of where what the press does is as important is legitimate theater. It’s really important in video games, much less so in movies. You may see a Rotten Tomatoes score but unless it’s really, really terrible it won’t affect your choice.” 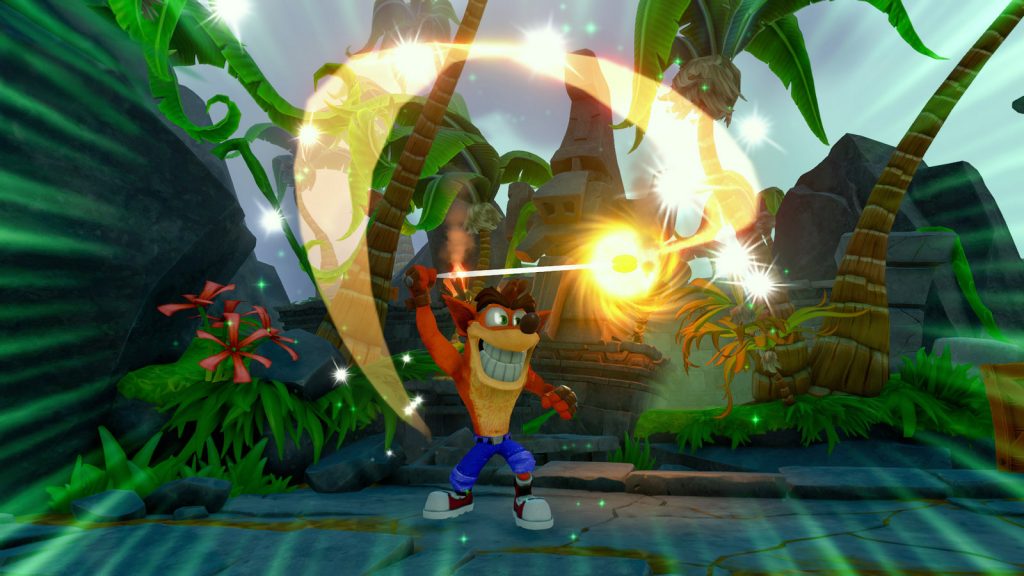 Did you like this year’s E3 2016 media briefings and showcases? What do you think needs changing? Do let us know on the comments below, and also stay tuned for our Best Games of E3 2016 feature! 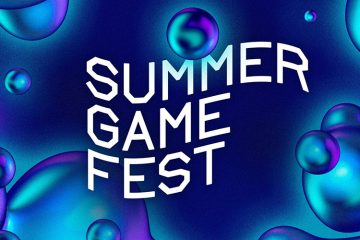 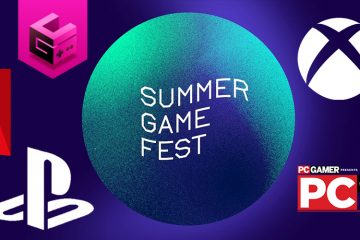