If you are a board game lover, chances are the name Eric Lang means a whole load to you and your other gaming friends. The Canadian game designer based here in Singapore has made plenty of classics games for fans to enjoy, including Quarriors, Blood Rage, and more recent releases like Bloodborne: The Card Game, The Godfather: Corleone’s Empire and the upcoming Rising Sun. 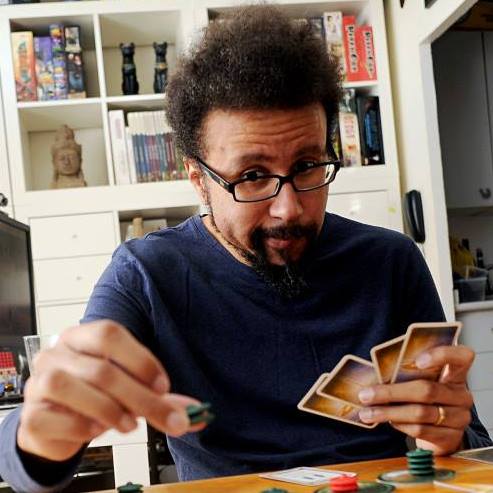 As a tabletop veteran for over 20 years, and having worked with many high-profile companies like Wizards of the Coast and Fantasy Flight Games, his releases are always highly anticipated. Now tabletop fans coming to GameStart 2017, and more importantly, GameStart Tabletop, will finally have a chance to see Eric Lang in the flesh!

Together with local industry stalwart Ian Gregory of Witching Hour Studios, he will be having a chat about game design and the process, and you can be sure there will plenty of interesting anecdotes from such an esteemed designer.

So if you are interested in learning more about tabletop gaming from a legend, this is where you need to be on October 14 at GameStart 2017!

Eric M. Lang is the Director of Game Design at CMON and has been a tabletop industry veteran for over 20 years. During his time in the industry, he has worked with several high-profile companies, including Wizards of the Coast, WizKids, and Fantasy Flight Games, and has designed games based on Lord of the Rings, Star Wars, and Game of Thrones. With CMON, Eric has designed several beloved games, including Blood Rage, Arcadia Quest, Bloodborne: The Card Game, and more. In 2016, Eric was the recipient of the Diana Jones Award for Excellence in Gaming. Other accolades include multiple The Dice Tower Awards and five Origins Awards.