If you’ve played Final Fantasy XIV before, chances are you probably wouldn’t have associated the critically-acclaimed MMORPG with esports.

How the tables have turned in 2022. Square Enix recently announced a first-ever esports tournament for the game: Final Fantasy XIV Crystalline Conflict European Cup. As its name suggests, the event will be held in Europe, and will take place from 21-22 July 2022.

Coming soon on Twitch with commentaries from @Lythiara and @brianricardos 👊

The Crystalline Conflict tournament was first announced on a livestream from the official FFXIV Twitch channel. During the announcement, the hosts dropped some tidbits of information: teams of up to six players can register for the knockout tournament which will be hosted on the Chaos Data Centre (good news for Light fans, this detail is TBC), and will be held live on their official Twitch channel on 21-22 July. Commentators for the stream have also been revealed to be esports caster Lythi and FFXIV PvP streamer Brian Ricardo.

The catch here is that this tournament will be region-locked. Players must have a European Square Enix Account to take place in the aptly named European Cup. North American fans can remain patient as the hosts have disclosed that their “friends from the North American community are also looking to potentially do a NA version later on.” No news on whether the tournament would come to the Asia and Oceania data centers has been announced yet.

Registration will occur on a first-come-first-serve basis, and a limited number of teams can take part in the tournament, though the specific number remains undecided. An estimation would be 8 to 16 teams, due to the time constraints of having only two days worth of tournaments. 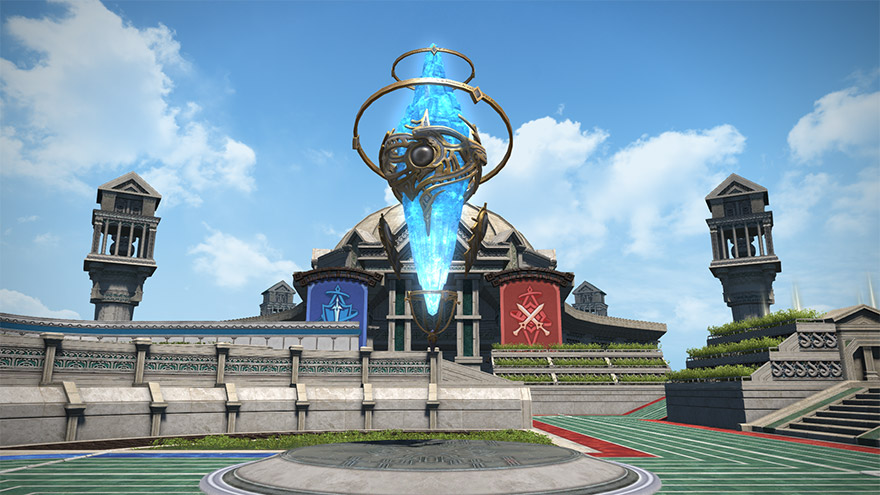 Crystalline Conflict is a PvP mode in FFXIV that pits teams of five players against each other in a bid to transport a “tactical crystal” to their goal. First introduced in the game’s 6.1 patch as an overhaul to the original (and very clunky) PvP mode, it’s a little similar to payload modes in multiplayer FPS games (think Overwatch); if members of only one team occupy the space around the crystal, then the crystal will move towards their goal, but a member of the opposing team can disrupt this by occupying the same space, which stops the crystal’s movement. The PvP aspect comes into play as players vie for control of the crystal in a bid to move the crystal towards their team’s respective goals.

While lots of details for the FFXIV Crystalline Conflict European Cup have not been fully ironed out, we can expect them to be released in the coming weeks. For now, fans can drop the date in their calendars, and wait for the official Twitch stream on 21-22 July.