Hello and welcome to the second part of “Game Music: Then & Now”. You can check out the first part here.

As we said before, video games need a score nowadays to be relevant and memorable to its audience. It doesn’t have to feature bombastic orchestras; sometimes ambience and a minimalist’s approach can elevate particular games better than a John Williams ensemble.

So let’s take a trip down memory lane to see how game music has evolved. We have already covered the late 80s and early 90s: let’s push forward to the rest of the era up until now.

Remixing arcade synth tunes to CD quality arrangements was commonplace in the 90s, but none have done this better than SNK’s in-house band Shinsekai Gakkyoku Zatsugidan. They took all of the classic tracks from KOF 96 and turned them into an arranged audio tour de force.

Once you hear staples like Arashi no Saxophone 2, Rumbling in the City, and Fairy in their hard-rocking arranged form, it is really hard to go back to the original. All those extra percussions, saxophones, keyboard synthesizer jingles, and every popular instrument from the kitchen sink made the already tub-thumping fighting game music all the more invigorating.

Final Fantasy VII’s music may be great-sounding with tracks like Bombing Mission, the sad Aerith theme, and the big bad boss finale One Winged Angel, but many forget that one other Final Fantasy soundtrack was very significant in making its composers landmark names in games and anime.

Hitoshi Sakamoto and Masaharu Iwata were just guys who made kickass music for the Ogre Battle series before going big with their epic score for Final Fantasy Tactics. The two-man orchestra-style music-making duo created battle marches, slow fairytale compositions, and dramatic overtures that made them darlings to video game critics and RPG fans.

Castlevania: Symphony Of The Night (1997)

Who knew that 2D action platforming would be a base for opera music, fast-paced harpischord baroque, and an acoustic-electric-dance mix?

This game turned Michiru Yamane into a household name for music in games. At least in Konami and for Castlevania games, but still a big name nonetheless. From her experiences doing the music for Rocket Knight Adventures 2 and Castlevania Bloodlines, she pulled out all the stops with Castlevania: Symphony Of The Night’s music by bringing in the above music genres and making them all fit into a chaotic space such as Dracula’s castle.

And to think that SOTN was initially a sidelined project in favor of the 3D Castlevanias on N64. The less said about that abomination, the better.

PC RPG aficionados were not left out in the game music department. Michael Hoenig, a German music maker & contributor to the prog rock scene there, composed a score worthy of the Dungeons & Dragons’ Forgotten Realms brand.

Every kind of music that tabletop players dream up in their heads when being a dungeon master or a D&D playable character is realized, from action ballads like “Swords Against Darkness” to the serene town music “Candlekeep”. Only in this case, the dice-rolling is all done behind the scenes via random number generating code.

The adventure game that got jazz right in video games. Composer Peter McConnell got a bunch of San Francisco jazz musicians together to create a varied ensemble of slow, fast, hyper, and moody songs based on the genre. The result is an enigmatic OST that’s remembered fondly for making the whole adventure game come alive. Single tracks in this game don’t stand out, but taken as a whole, it makes for sensational listening in a game set in the Land of the Dead.

You can get the whole OST here: http://www.grimfandango.net/?page=soundtrack

Without this strategy game, we won’t be getting a legendary composer like Jeremy Soule doing ballads & motifs for open-world-slash-mass-multiplayer RPGs. The composer got his taste of using full-blown orchestras to do grand war themes in the sci-fi game while working around sound limitations back then.

Without this start that Soule had, we probably wouldn’t have heard that awesome Skyrim “Fus Ro Dah” main theme in 2011.

Hideki Naganuma created a soundtrack for a Sega game about rollerblading and public property vandalism. Naturally, hip-hop and pop-filled compositions come into play and he delivered a high-octane audio tour de force.

The game that made Gregorian chants in console titles cool, Halo’s original soundtrack was a mix of bombastic action set pieces, tense moments, and slow ambient alien music. Martin O’ Donnell and Michael Salvatore’s musical compositions made the first-person shooter a standout hit from an audio perspective. Many an original Xbox gamer hummed the first few bits of the universally-remembered Halo theme.

For those who don’t agree that this theme is a mess without melodies, we urge you to start listening from 0:38 here: the violins and various percussions here create a build-up to the heavy chorus and bridge for a universal motif befitting of a sci-fi shooter epic.

That one tune Nobuo Uematsu created for Final Fantasy IX as a draft made it to Final Fantasy X. It’s a significant theme in FF X due to is slow and bittersweet tone, summing up the entire game’s theme of death and two character’s journey to escape their predecessor’s shadow.

The rest of the soundtrack is lovely too, from the relaxing beach themes of Besaid to the auspicious Macalenia Woods theme. Even the out-of-place rock theme that plays when you fight the last boss is endearing in a way. But still, the soundtrack mood to FFX is more morose, tribal, and sombre compared to the rest of the titles.

When you got a big-budget action stealth title like Metal Gear Solid on the PlayStation 2, you might want to have an equally spy thriller-esque soundtrack to go along with it. Luckily, Harry Gregson-Williams & Norihiko Hibino are up to the task to create a soundtrack experience for the ages. A dash of Cold War and James Bond-style mood music here, a bit of weirdness, and a dollop of sexy saxophone: that’s the recipe of a memorable soundtrack to a landmark Metal Gear game.

If the sights don’t amaze and scare you, Bioshock’s eerie and moody score will. Just that audio bit with one of the game’s antagonists Sanders Cohen is enough to make you shiver.

Ephemeral: that’s one way to describe Braid’s music. This surreal platformer by designer Jonathan Blow took an unorthodox turn and used licensed music from Magnatune. The tracks were organic and complex enough to set the puzzle platformer’s mood; something that was open-ended yet meaningful.

The result was a convergence of art and music, with tracks that sounded natural when played either backwards or normally, keeping in sync with the time-reversal mechanic the game has.

This Wii platformer proved that Koji Kondo has still got it, since he composed the majority of the major themes of both games. Working together with Mahito Yokota, they both created a bombastic memorable audio adventure. Imagine you’re in a gravity-shifting Disneyland with different theme park rides correlating to an element. SMG’s soundtracks (yes, both part 1 and part 2) are essentially that taken to the Nth degree, but with the addition of Kondo’s covers of old Mario themes.

Most Western game soundtracks just follow bits and motifs from 1911s Westerns and just roll with variations of it. RDR’s music, done by Billy Elm and Woody Jackson formerly from post rock group Friends of Dean Martin, kicks it up a notch with instruments relevant to the time period like strings, jaw harp, and harmonicas.

Since the game was set in the 1860s, the two composer’s influence for RDR was from Ennio Morricone’s Dollars Trilogy. With variations of that era musical style, RDR’s music was befitting of the waning Wild West period. A number of tracks sounded like they paid tribute to the Wild West while also mixing in a bit of electric guitar riffs.

With an ensemble of instruments like flutes, bass flutes, harps, and serpents, Journey’s music is anything but ordinary. Heck, it doesn’t even follow the conventions of video game music; its ethereal feel is akin to what viewers would hear from an art film.

Composer Austin Wintory said that the process of creating the soundtrack was one of the most life-changing experiences he had done. Judging from the awards the game received back in 2012, it’s easy to see why. It’s unique, it’s emotional, it’s bombastic, and it tells its own story when listened outside of the game’s context.

Composer Mick Gordon not only made a rockin’ soundtrack for a fighting game reboot for the Xbox One, but he also made the music dynamic. The tone and levels of the tunes change depending on whether the fighters on-screen are at full life, near death, or even idle and far apart.

It also helps a lot that the variety of tracks are astounding, though they still stuck to being as rock-ish as possible. From the native American-influenced “Hinanatoom” to the Japanese horror show “Village of Whispers”, fighting game fans can use Killer Instinct’s OST as a benchmark on how to properly do fighting game music.

Dark Souls III releases on 12 April 2016. Collector's or Prestige Edition for you? 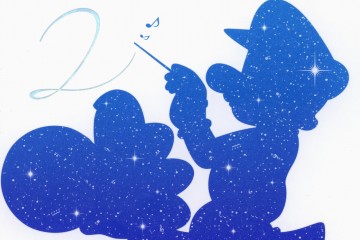