There is a news Blackout this week…

Not much to say about this one. Call of Duty is suddenly all the rage again with the fantastic addition of a Battle Royale mode called Blackout. Add to that a class-based multiplayer suite and the return of the classic Zombies mode, Treyarch seems to be delivering a quality package. Who cares about campaigns right? RIGHT? 🙁

Developed by Gearbox Software, Borderlands 2 VR brings the iconic world of Pandora to life like never before. You will virtually become a treasure-seeking Vault Hunter, grab 87 bazillion guns, and face off against the galaxy’s most charming psychopathic dictator, Handsome Jack, to free Pandora from the corrupt Hyperion Corporation. Business as usual.

Gearbox gave out the following details:

Virtually Step onto Pandora: Step into the boots of a treasure-seeking Vault Hunter armed with 87 bazillion possible guns on a quest to line your pockets with loot and free Pandora from Handsome Jack’s clutches. Blast bandits with real-world aiming, punch bullymongs in the mouth, find the perfect gun inside a life-sized treasure chest and inspect it from every angle. Catch-aRide and race across Pandora in first-person view and experience the thrill of a psycho running toward you with grenade in-hand yelling, “Boom time!”

Virtually Slow Time: Borderlands 2 VR includes new features unique to the VR experience to empower Vault Hunters in their fight against Handsome Jack. With Bad Ass Mega Fun Time (aka BAMF Time), players can use this new slow-mo ability to literally slow the speed of the game temporarily to set up their next attack. In addition, with the option to Teleport, players can glide across Pandora as gracefully as Claptrap (if he had grace).

Become a Virtual Vault Hunter: Take on the role of one of four playable classes – Siren, Commando, Gunzerker and Assassin – each with unique combat styles and updated skills that leverage the new VR functionality, including the new BAMF Time ability. Whether crushing enemies with Maya’s Siren powers, calling in Sabre Turret reinforcements as Axton, feeling the heft of dual-wielded machine guns as Salvador, or the satisfying swing of Zer0’s sword in an enemy’s back, Borderlands 2 VR immerses players like never before.

Experience Virtual Improvements: For the first time ever, players can experience the sublime exhilaration of driving around the Borderlands in first-person perspective – accelerating and steering with the joystick and aiming the vehicle’s weapons with their headset. With the use of the motion controllers and headset, players can interact with the menu systems in a new and intuitive way for the platform, easily navigating through the menus by pointing, clicking, dragging and dropping. Players will also have the choice of preferred movement styles. Whether that’s the VR popular pointed-teleportation, or the classic direct movement style with joysticks – your experience should feel good for VR and true to form of classic Borderlands.

Get Virtually Rich: Borderlands VR brings shoot-and-loot mechanics to VR with bazillions of procedurally-generated guns and gear, each with their own capabilities and modifiers. Procedurally-generated shields, grenades, relics, class mods and more round out your Vault Hunter’s arsenal for maximum power and mayhem.

Below is the trailer. But we know what you are all thinking. Can we just get some Borderlands 3 please…

Now rogue from the Agency, in Just Cause 4 Rico Rodriguez travels to the South American inspired Island of Solís, hell-bent on uncovering the truth behind his father’s death. Solís is a place ravished by powerful storms and tornados, it’s in a state of unrest and on the brink of war. The ruthless Black Hand militia, led by the dangerous Gabriella, are using everything they have to keep the situation under control. Rico soon forms an alliance with Mira, a rebellious dissident before finding himself leading an army as he fights, grapples and wingsuits his way through conspiracies and chaos.

Lot’s of explosions and epic posing in the trailer. Enjoy.

Stardew Valley’s humble, intimate farming adventure embraces the simple pleasures of domestic life, from starting up a grass-roots farm, raising and breeding happy animals and growing a variety of seasonal crops, to exploring vast, mysterious caves, encountering dangerous monsters and discovering valuable treasures! Whether you decide to settle down and start a family, or spend a relaxing afternoon at one of the local fishing spots, Stardew Valley is a game about player choice, and how you choose to spend your time is entirely up to you. Your character, home and farms are full customisable, with hundreds of options at your fingertips. 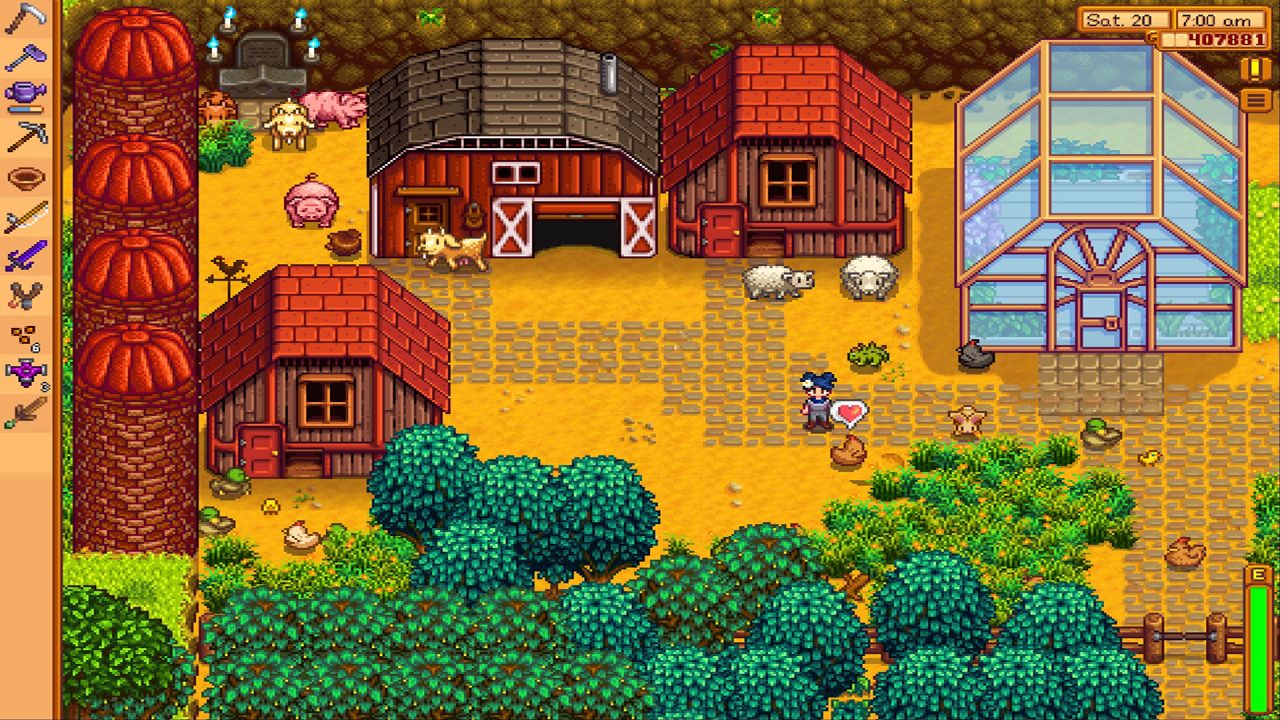 Stardew Valley for iOS has been rebuilt from the soil up by London-based mobile development studio The Secret Police, who have worked closely alongside publisher Chucklefish and original creator ConcernedApe (aka one-man developer Eric Barone) to ensure the iOS version retains all of the magic of its PC and console siblings, including the latest story content from the 1.3 update, featuring the Night Market! The iOS version includes new touch-screen controls and redesigned UI, perfect for farming on the move.

If you’ve already started to build your own slice of agricultural paradise in Pelican Town, and don’t want to start all over again, fear not! PC farmers will even be able to transfer their save via iTunes and continue expanding their existing farms! Yay!

The remake seems to be coming along just wonderfully. With Halloween around the corner, let’s take a peek at a solitary new screenshot that Capcom has released to the world. Very nice. BOOM! 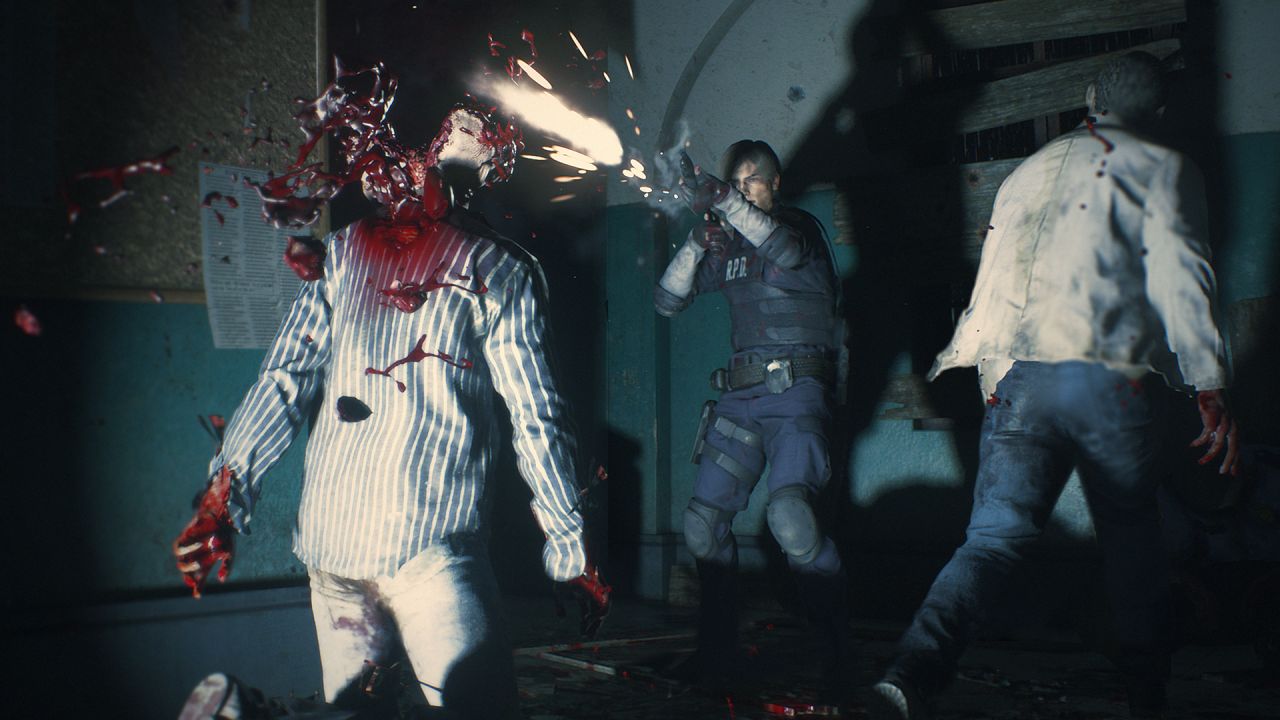 We’ll be back next week with more news! That’s if we survive the weekend! Hope to see you all there at GameStart!

Gear up for the additional chances to win