Gamers rally as GameStart Asia kicks off with a bang, draws in the crowds

GameStart2014, the inaugural chapter of Southeast Asia’s premier game show GameStart Asia, saw throngs of enthusiastic gamers heading to Suntec Convention Centre over the past weekend. Over 12,000 visitors from Singapore and countries including Malaysia, Indonesia, Vietnam, Australia, America, Japan and Philippines entered the doors of Hall 403 on October 25 and 26, to be a part of gaming history in what proved to be two days of adrenaline-fueled non-stop action.

“We were absolutely amazed at the response to the event,” said organizer Elicia Lee, Director of Eliphant Pte Ltd. “The turnout and enthusiasm of the crowd, the audience engagement and participation – all way exceeded our expectations. We are truly grateful to our exhibitors, partners and everyone who showed up. We are committed to bringing gamers in Southeast Asia an even bigger and better show next year!”

The GameStart 2014 opening ceremony included the official signing of a three year extension of Sony Computer Entertainment Japan Asia’s partnership with Singapore’s MDA and Nanyang Polytechnic for the Playstation Incubation Studio. The studio is an initiative by MDA and NYP to establish a complete resource centre that helps small to medium-sized studios based in Singapore to develop their games. The signing was attended by MDA CEO Ms Koh Lin Net, Principal and CEO of Nanyang Polytechnic Mr Chan Lee Mun and Sony Computer Entertainment Japan Asia (SCEJA) Deputy President Mr Hiroyuki Oda.

Queues for the event started forming the night before, and crowds thronged the Playstation, BANDAI Namco, 2K and Blizzard booths once the doors opened at noon, eager to score loot bags and bragging rights about being the first in Singapore to try their hands at unreleased games like Bloodborne, EVOLVE, Dead Island 2, Guilty Gear Xrd –SIGN- and The Order 1886. There were game trials and demos for a range of games of all genres, and high-energy sessions with the producers of Sword Art Online (Yosuke Futami), Freedom Wars (Junichi Yoshizawa), and Bloodborne (Maasaki Yamagiwa). Naruto fans were thrilled to have the chance to play against producer Komoto Daisuke, who was dressed in the character’s signature orange and black outfit.

Competitions were fought and won, with massive crowds showing up to watch the FIFA 15 Champions Cup and Capcom Pro Tour Asia Finals, which saw Singapore’s own RZR Xian put up a good fight against “The Beast”, MCZ Daigo Umehara. A major highlight for Street Fighter fans was the Ultra Street Fighter IV OMEGA showcase by legendary producer Yoshinori Ono, followed by an exhibition match between MCZ Daigo and RZR Xian, and the chance for members of the audience not only to be among the first in the world to play the game, but also to challenge MCZ Daigo for a chance to win a PS4.

Attendees on Day One were treated to an insightful panel with passionate industry insiders Ian Gregory, Alex Lim, Gwen Guo and Zander Liang providing useful insights into joining the games industry in Singapore. A daily lucky draw saw some walking away with Xbox One consoles, and limited edition items from Assassin’s Creed, Creative Sound Blaster and Razer.

Xtr3me3’s FIFA 15 Workshops and tournament saw over 200 sign-ups for 132 slots and a huge crowd show up to listen to his tips and tricks on becoming a better player. “It wasn’t easy running the biggest FIFA tournament in Singapore and the event wouldn’t have been possible without the support of the community who showed their courage and determination through the event. I hope to run more events for these guys soon!” said organizer Phirkhan aka Xtr3me3.

The Retro DNA section by Versus City – Singapore’s first retro gaming booth – saw visitors of all ages delighted by the games, consoles and arcade machines that they had grown up with. Mario Kart, Alien vs Predator, King of Fighters, Bomber Man, Teenage Mutant Ninja Turtles 4: Turtles in Time were just some of the titles that had people glued to the controls with smiles on their faces.

The event wasn’t just about the big boys in the industry, as promoting the smaller and independent industry players was a priority for Eliphant. Boomzap Entertainment, IMBA Interactive, Inzen Studio, Kinetiquettes, Liongeeks, Nebo, Rock Nano Global, Shawn Beck and Witching Hour Studios all had a presence at GameStart2014 and “We are very impressed by what we saw this weekend. I love the fact that the community has come together like this and we’re hoping for something even bigger next year!” said Ian Gregory, Witching Hour Studios.

“The feedback from exhibitors and visitors has been fantastic and we’ve learned a lot from this year which will help us in planning future instalments of GameStart. We are especially pleased that both the indies and big names were equally well-received,” said Elicia.

SingTel was the Official Fibre Broadband Partner for the event, providing all internet connectivity throughout the event, offering exclusive deals on SingTel fibre broadband plans and partnering AFTERSHOCK PC and Armaggeddon to offer special deals to visitors.

Xmashed Gear tees flew off the shelves with many of the designs sold out by the end of the show. Fans of celebrity cosplayers Yuegene Fay and Yasemin Arslan had the chance to meet their idols and participate in a Cosplay Competition organized by Neo Tokyo Project with Rurik0 winning the Judge’s Choice prize with her portrayal of Alice from Alice: The Madness Returns. Xen portraying Dragon Knight from DotA 2 won the prize for Best Craftsmenship, Rayray Cosplay as Deadpool from Marvel vs Capcom 3 entertained the crowd with his nifty moves and won Best Performance, and Aviantese who played Rubick from DotA 2 won the title of Best Newcomer. Visitors were also thrilled to come face-to-face with Alyse, the event mascot designed by Xmashed Gear and cosplayed by Sharlene *Liljaguar*, and have their hashtagged selfies printed at the Tagronauts booth.

“We are delighted to have been part of the inaugural GameStart conference. As we celebrate our 20th anniversary, we are pleased to see the continuous support and enthusiasm from our PlayStation fans in Singapore. GameStart 2014 provided us with a good platform to showcase our latest game titles on the PlayStation 4 and PlayStation Vita. We look forward to bringing an innovative gaming experience to consumers in the region.”

“GameStart was a great event for us and thanks to the GameStart team, it was the first time we had a gaming event of this scale. We hope for further collaborations in future to put out a bigger and better show for all our supporters.”

“We are pleased to have been part of the event and are looking forward to the next one!”

“GameStart provided us a platform to bring EVOLVE into the hands of fans ahead of the EVOLVE Big Alpha this weekend. We were delighted to see a great turnout, as well as an awesome reception from the gamers for EVOLVE at the show. The event was a huge success for us.”

“Gaming and cosplay have always been intertwined, and bringing cosplay to GameStart was the natural thing to do. Cosplay brings the awesome characters we encounter in video games to life, and GameStart was a great place for cosplayers who game and gamers who love cosplay to meet and bond. We hope to continue contributing to GameStart, and to help the convention grow.” 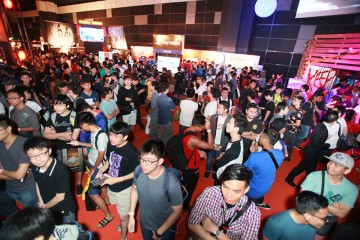 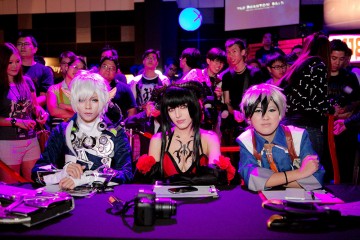 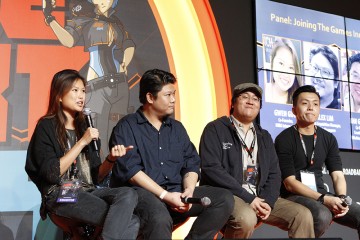 Gamers rally as GameStart Asia kicks off with a bang, draws in the crowds