Singapore’s leading games convention, GameStart Asia 2017 is back in full force and will feature more than 12 of the best local indie game developers. They will be showcasing their exciting new games at the Singapore Games Pavilion which is organised by the International Game Developers Association of Singapore (IGDA) and supported by the Infocomm Media Development Authority (IMDA).

Many of these local games studios are incubated at PIXEL Studios, a first of its kind collaborative space where technology and media converge to cater to content creators and game developers. Officially launched by IMDA in November 2016, PIXEL Studios aims to build a community of creators and create opportunities for collaboration across the creative ecosystem.

Here’s what you can expect this October 14 and 15!

Avertigos is a Living Miniatures game that uses an innovative and proprietary height widget to allow players to raise and lower their miniature flying ships on the table top to simulate flight.
These flying ships can rise to an impressive height of 12 inches over the game board, creating a thematically appropriate and satisfying visual and tactile experience while playing. In the game, ships that attain greater heights get tactical advantages such as reach and initiative over their rivals.

BattleBrew is another studio helmed by industry veterans, led by CEO Shawn Toh, a former game designer who cut his teeth in successful mobile game companies such as Nubee and Gumi Asia. The studio’s maiden title, BattleSky Brigade, is a mobile strategy game that leans heavily into the strength of mobile gaming – by placing a heavy focus on guilds and the social aspect of gaming. The team plans on releasing the game on Android and iOS in the first half of 2018.

Suitable for age 6 and above. Learn to design a game using Bloxels, an innovative game creation toy that translates your physical design into a digital game that your child can play. 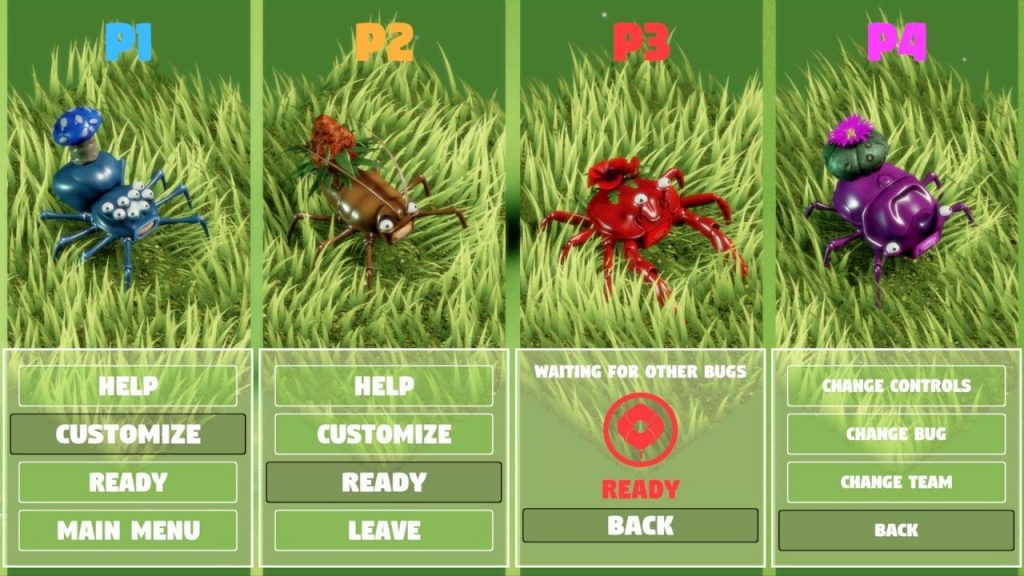 In Buglords, botanical bugs form symbiosis with their plants that rely on their hosts to propagate and protect their species. In return, the plant supplies the bug with an intense energy it can channel from fertile soil. Pit your skills against other insects and defeat other Buglords to expand your garden empire! The game has both player vs player and player vs environment elements and up to four players can play at the same time.

Cat Quest is a 2D Open World RPG set in the fantastic and wonderful world of cats! Play as a cat-venturer as you explore a massive continent crafted in the unique style of tapestry! Relive the good old days of exploring an overworld map as you raid dungeons for epic loot, complete quests and meet the many furry denizens of this world.

When the occurrence of the dark moons began, Dusty, Darg and Kitsune knew that something is amiss. An ancient evil from a faraway land threatens the peace of Double Bill Town. Prompted by a visit from the helpless Elijah, the trio set off to seek the Iron Knight’s help. Along the way, they must battle rogue villains, encounter ancient powers and face the battle of their lives. Players will be able to co-op play up to three players in the style of classic beat’em up games in a stylistic world as they play one of the three protagonists, while being able to call up powerful support characters to aid them in combat. Players can also collect and utilise powerful guardians and elemental powers to help them in their quest. 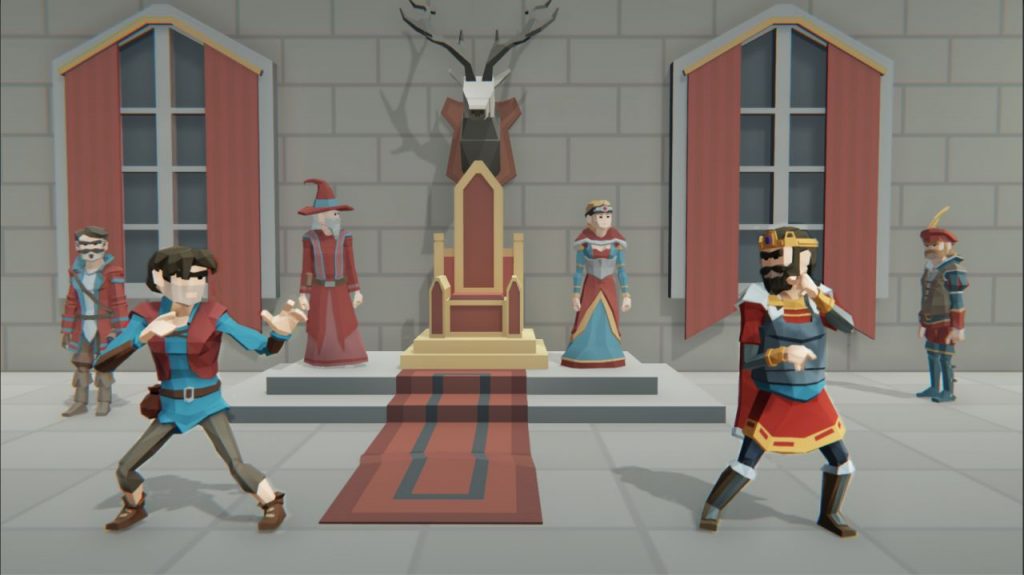 Fighting RPG is a Role Playing Game with Fighting Game mechanics for combat and other interactions. Unlike a normal fighting game, moves and actions are customizable through character progression. Unlike normal RPG. Stats, weapons, status effects and etc will all affect the player abilities to land the hits rather than random dice rolls. This game concept is born out from the idea to have a game that will teach non-fighting game players to play this game genre. But it also has the potential to give fighting game player a new gaming experience by breaking the arcade game limitation. 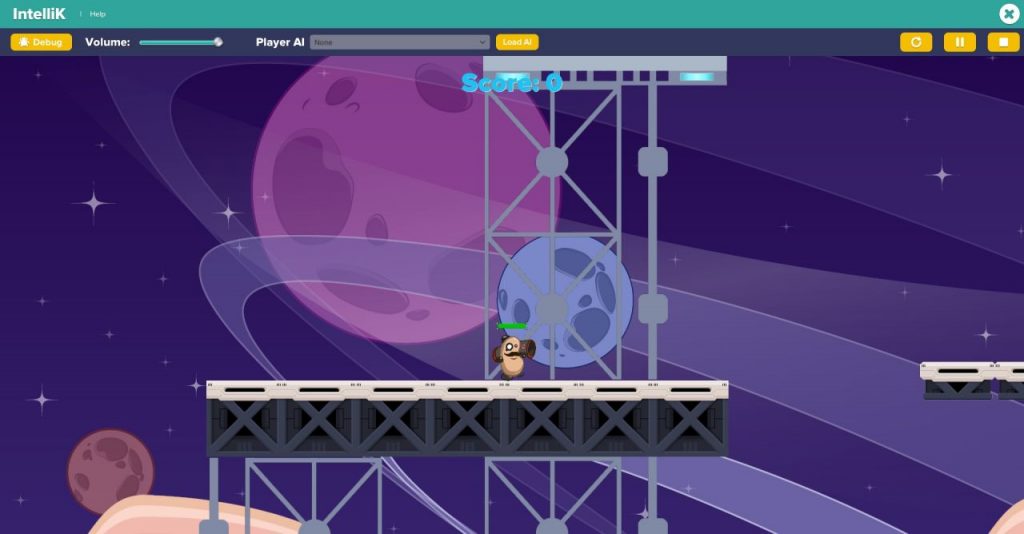 IntelliK is a game authoring platform which enables creative people to develop artificial intelligence (AI) powered digital games without requiring any programming skills. Everyone can now design and develop games in an easy and efficient manner for a variety of operating systems and mobile devices. The integrated environment allows users to seamlessly define and create different kinds of game objects, logics, interfaces, control scripts and AI tools through fourth-generation visual programming. Moreover, IntelliK allows users to make use of the latest AI technologies to create innovative forms of games and interactions, a feature that could potentially revolutionise the gaming industry given the large number of smartphone users today. IntelliK is currently used in a number of different industries (e.g. education, wellness and healthcare, or researchs), but a wellspring of new applications is likely to come from its users as they apply IntelliK in novel and creative ways, which complement Singapore’s Smart Nation initiative.

In the turmoil-ridden Citte della Ombre, religion holds no sway. Only the songs sung of one’s deeds will carry an Ombrian’s legacy beyond death. Those who hold even the smallest morsel of power will make every effort to ensure their songs live on. Enter the Mascherines – masks from an ancient time that allow its wielders to channel the elements into destructive magic. A liner-based storyline RPG with pause-for-tactics mechanics, this Singaporean-made game was globally lauded for its story, while backed by a stellar cast of voice actors such as Matthew Mercer.

Monster Chronicles is a Strategy RPG with a unique battle system, combining the best of hardcore games like Fire Emblem with the simplicity of Tic-Tac-Toe. It is currently launched in Singapore, Malaysia, Indonesia, Australia and New Zealand with a global launch coming soon. Hand-pick a team of three Pets from a diverse variety of Monsters belonging to six different Elemental Affinities and then execute devastating Chain Combos to take full advantage of your Monster Skills. Personalize each Pet Monster’s statistics and skills through feeding nutritious food, training and monster fusion. Grow them through Evolution and Limit Break, as they accompany you in your adventure in Ometia – up the Giant Tree, through the Elemental Halls & Town Plazas, and ultimately fighting with real players as a member of a House Guild!

Neo Impossible Bosses is a RTS-MOBA game where the player utilises a group of heroes, and even teaming up with his friends, to defeat impossible bosses. Inspired by the original custom map “Impossible Bosses” by Psyris and many other MMO raid bosses, each boss is a unique, challenging encounter and has their own signature abilities.

Noiro is a mobile and PC 2D puzzle-action game set in a stylised world. The game utilises a unique drawing mechanic that allows players to plan and guide the characters Huey and Satura across beautiful but dangerous landscapes as they embark on a journey to help Satura regain her memories while recolouring their world.

Potato Pirates combines potatoes, programming, and piracy into a carbo-loaded card game perfect for the classroom, family day, or even game night with friends. It teaches anyone age 6 & up, 10 hours worth of programming concepts in 30 minutes, all without a computer!

Songbird Symphony is a 2D musical adventure game depicting the tale of a young bird named Birb as he leaves the safety of his nest to confront the outside world and discover his true identity. Along the way, he encounters other feathery denizens and learns the language of the forest, ultimately unveiling his destiny.

Stifled is a VR and mic-enabled sound-based stealth thriller, where sound is the only way you see and the enemies hear your fear. The game uses the theory of ‘echolocation’, with characters revealing the hidden world around them through the sounds they make. Players will have to tread the balance between making sounds to see, and staying quiet to avoid the attention of the creatures that lurk in the darkness. The game has received global recognition and accolades since the announcement of its launch last year.

Stratos Fantasea is a Virtual-reality game where players take the role of a hunter as they look to hunt flying monsters. Players are able to customize their crew and ship as well as team up with their buddies to hunt or simply explore a beautiful world in Virtual Reality.
SHARE