The father-daughter relationship is a familiar one, and when you combine it with the elements of kidnap and revenge, you will get Pinstripe. A game about descending into the depths of Hell to both save your daughter and atone for your sin of wrongfully taking another’s life. Pinstripe exudes atmospheric dread, terror, and occasionally, wonder and dark curiosity. Sadly, the title’s rich atmosphere and wonderful visual design are ultimately let down by its lackadaisical game design and narrative, which is frankly, a shame.

You play as our doomed hero, a lanky and extremely pale priest named Ted. Together with his daughter, Bo, it all begins with an innocent game of detective. As the duo explores their surroundings onboard a moving train, you come face to face with the dark entity with bright, yellow eyes, Mr Pinstripe himself. Enticing naive little Bo with a shiny black balloon, it soon whisks Bo away with the parting words that she will soon call him “father.” Thus begins Ted’s journey to rescue his daughter and to take Mr Pinstrip to task, no matter the costs. 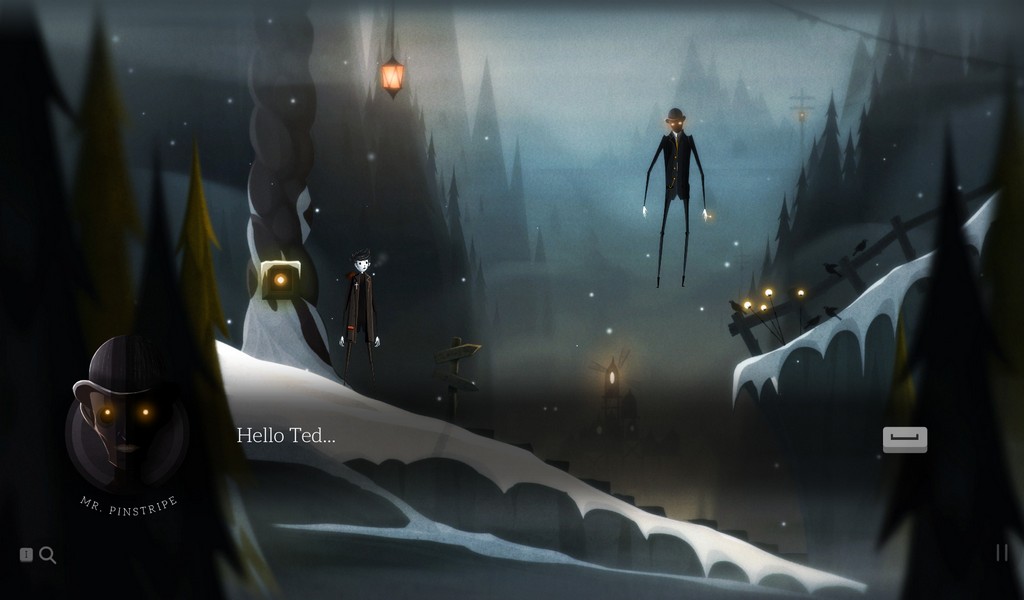 I appreciate the narrative trope of revenge quite a bit, after all, who does not like a happy ending? Yet, the overall direction of Pinstripe left much to be desired. The many interactions of Ted and Bo created feelings of painting by the numbers, rather than engendering a true emotional attachment to the characters. It is hard to feel the weight of such a heavy task when the game gives you so little to care about either of these characters.

That said, the obvious star of Pinstripe is the aesthetics. Sections of beautiful backgrounds and constructs are punctuated with an equally captivating and dreamy soundtrack. To say Hell is a pleasant experience when everything comes together wonderfully is pretty apt. As you make your way through Hell, the combination of the world and the sound truly brings the dread and dark ambience to life. With its gothic and Edwardian-era influences obvious for all to see, the graphical direction of Pinstripe has to be commended. 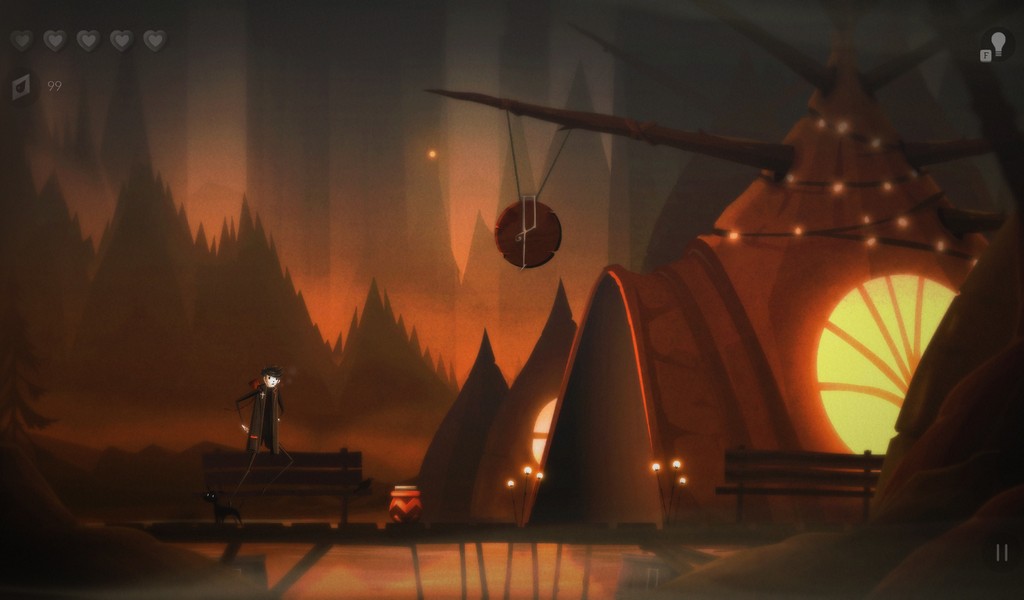 Hell is not without its denizens, but the encounters with them are few and far between. Ted has a slingshot that he can defend himself with, but the enemies go down in just a few shots. The only problem is that aiming is a hassle, a slight movement of the analog stick and your reticule dances around madly. 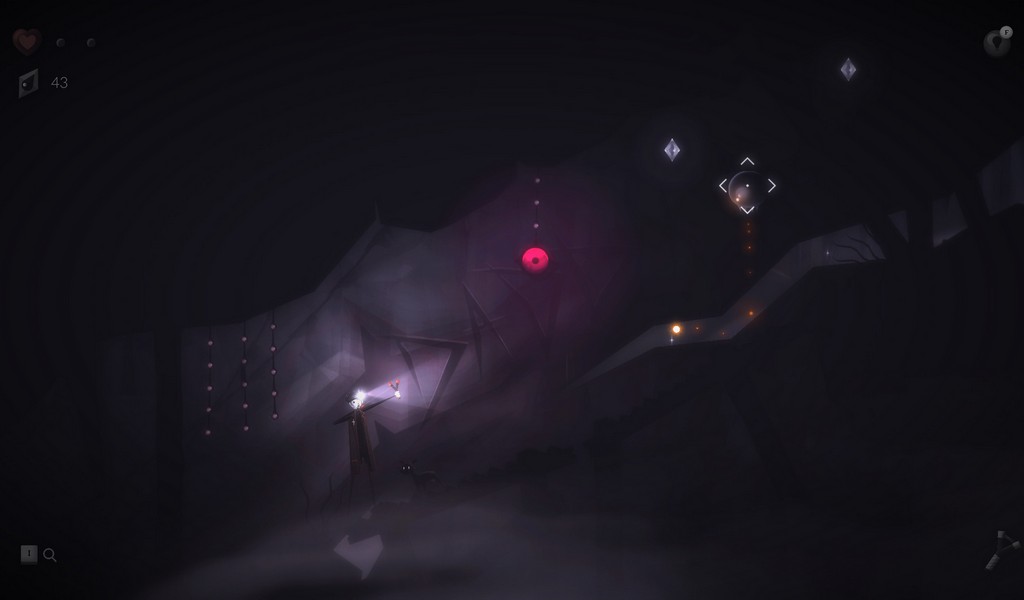 Much of Pinstripe focuses on platforming, with a few dashes of puzzles thrown into the mix. While it can be considered rudimentary, it works fairly well, even during timed puzzles. The only criticism during my time with Pinstripe is that Ted floats – a lot –  during jumps and that could take some getting used to. There is also a point-and-click adventure element to the puzzles, requiring players to figure out the solutions with the use of environmental objects. Pinstripe is not difficult by any stretch of the imagination, but having to interact with so many objects just to get a solution dampens the experience, especially when it fails to adequate arm you with the knowledge to solve said puzzles. 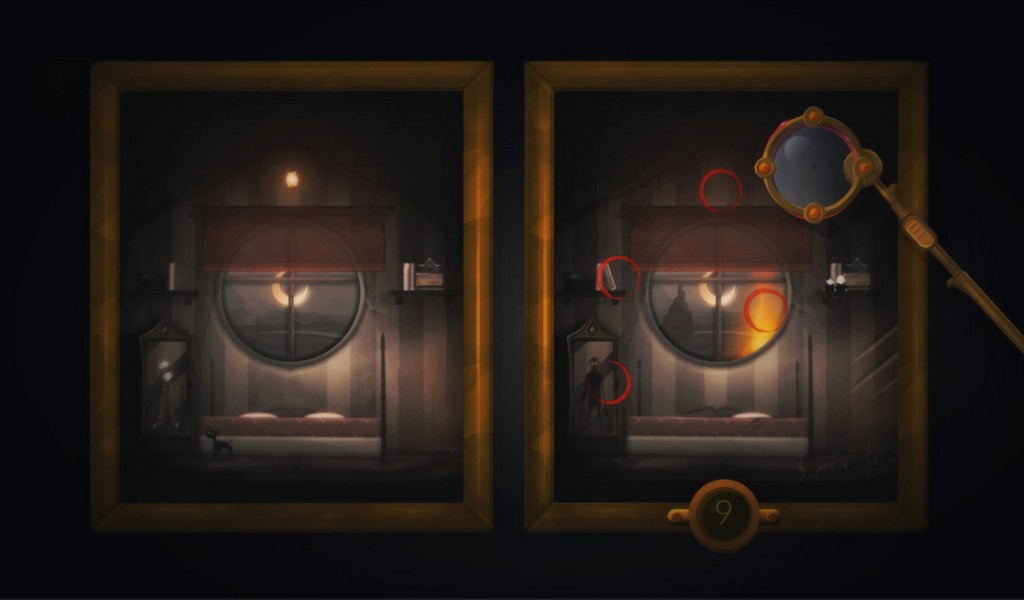 The journey to rescue Bo is filled with memorable visuals, a haunting soundtrack, and an atmosphere that conveys dread effectively. It is also a frustratingly benign experience, with easy enemies, too-simple puzzles, and a narrative that fails to create any emotional resonance with the player. Pinstripe could have been better, it should have been better, but at the end of the day, you might struggle to care for it, just like Ted and Bo.

6.5
I loved Pinstripe's aesthetics, but even that wasn't enough to make me care about the characters despite its promise.
– 6.5
Tags:BogamehellJourneyKickstarterpinstriperedemptionTed 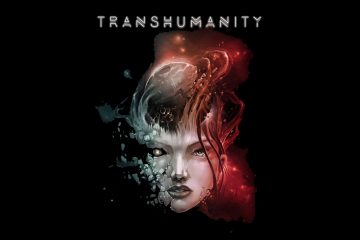