Independent game development is a road paved with dangers and obstacles. Not only do developers face a saturated market filled with equally driven and sometimes exploitative peers, but they risk being buried whenever an AAA title dominates whichever genre they happen to be in. Perlinoid, now known as She Remembered Caterpillars, thankfully, bucks the trend of mediocrity with a visually and mechanically refreshing take on the puzzle genre, and a focus on seemingly simple rules that warp into a challenging experience that can easily amaze and frustrate. Like the 4 years Jumpsuit Entertainment spent on developing their creation, She Remembered Caterpillars is a journey, that also happens to have a great visual style and tiny, memorable characters.

The challenges are manifold, and I believe games are not too different from music or film these days. Almost all platforms do not incentivise exploration. New releases are pretty much hidden from the start pages in favour of existing hits or the lucky few that make enough sales in the first week. A quality publisher can definitely help developers with this. A low to no budget project has little hope of going far.

Jumpsuit Entertainment, on the challenges of being an indie developer

Game mechanics wise, it is deceptively simple. You control your gammies (those cute little creatures) with just a left click, and you can either combine or separate them with a right click. This plays into a secondary puzzle element that is colour. It matters when you are crossing coloured bridges or gates that block your progress if the gammies are of the same shade. Further into the game, you will have to contend with pressure switches, special one-way bridges, and even colour drainers! Add to that the fusions of primary colours (think red, blue, and yellow) and the surprising depth shines through. 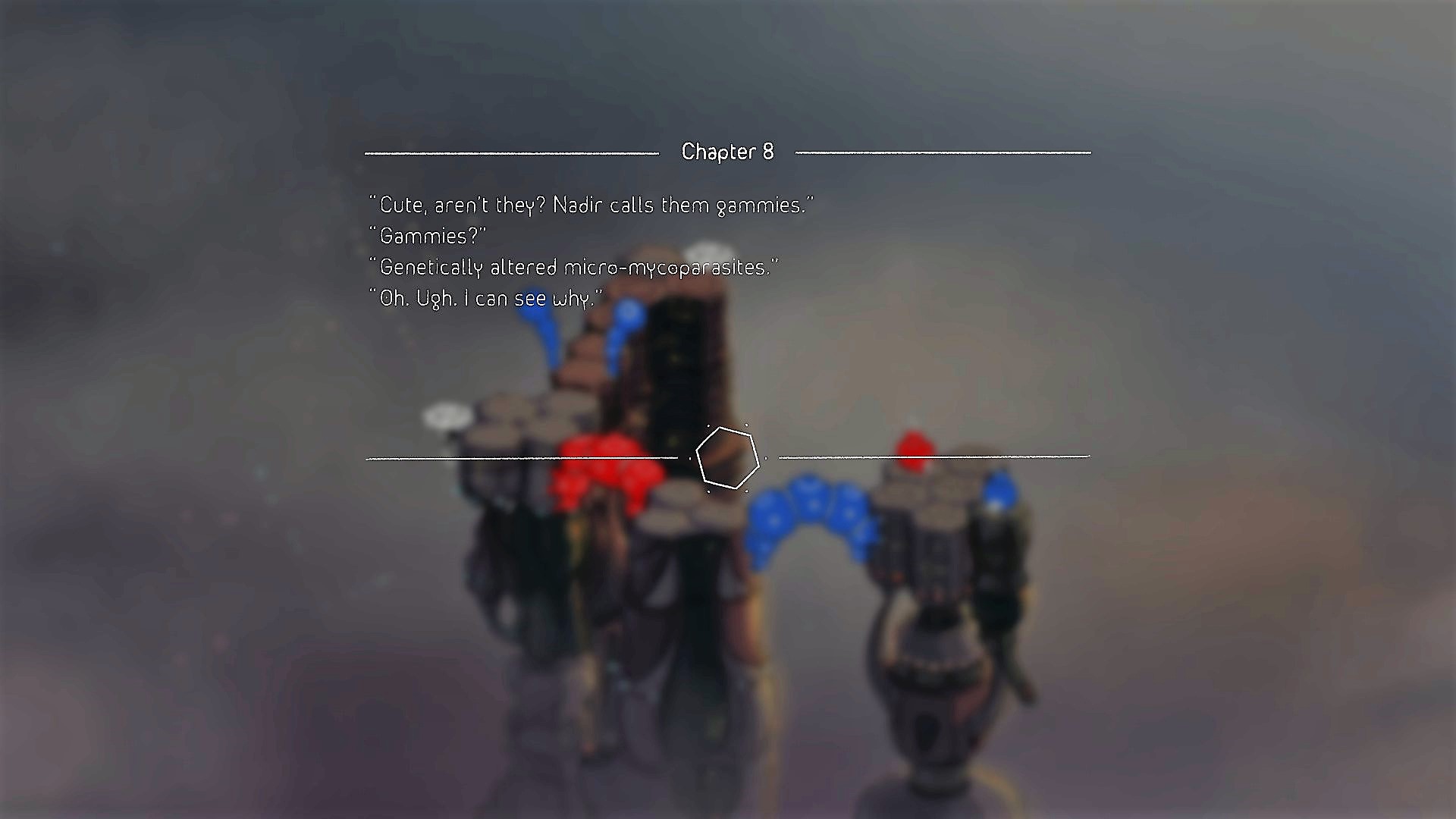 The initial levels do a good job of teaching you the basics before letting you loose to test your puzzle solving skills. While the first 20 or so chapters are adequately challenging, the latter part will definitely frustrate you if you go in unprepared. If you are a savant at planning several moves ahead with a good memory of how colours work, it should not be a problem. For the rest of us, there will be several instances of mental trauma before the eureka moment hits you as the combinations of colours and mechanics start to pile up. That said, there can be some pretty harsh spikes in difficulty, so brute forcing your way past such levels could be next to impossible, prepare a notepad and a pencil, you will thank me for it.

We needed to decide on a set of game rules, which then were put into a logical order for their introduction: Characters and bridges, secondary colour, walls, combining and splitting colours, and so forth. The basic rules related to colour theory were the starting point for the game… Before finally deciding to integrate a rule into the game, several small example levels were created to check if the new mechanic provided enough complexity in order to come up with a satisfying number of levels.

The design process of the team. 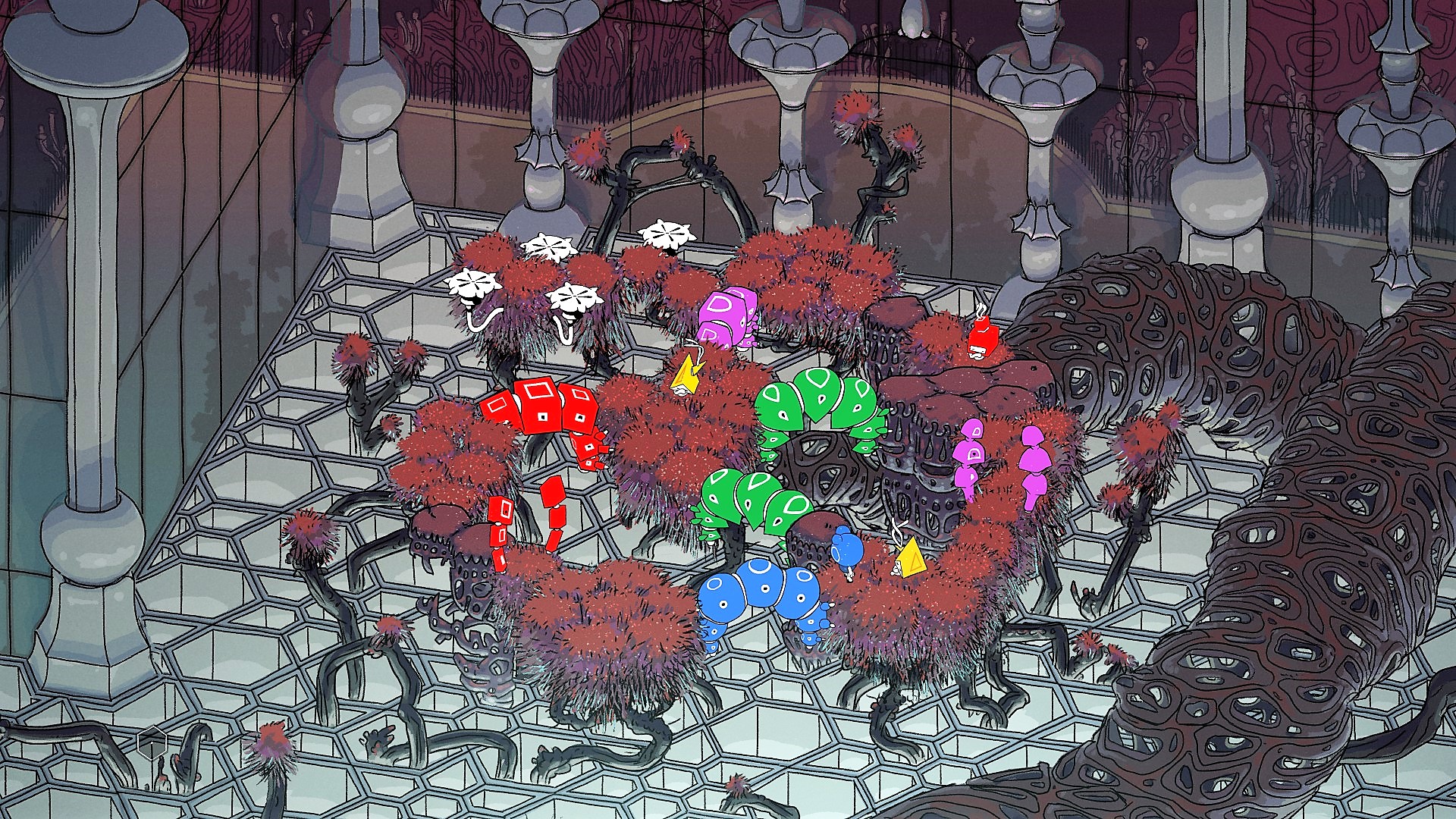 She Remembered Caterpillars is a feast for the senses, at least for your eyes and ears. Bright colours, awesomely detailed levels, and some top-notch and adorable animations make for a visual feast. Even colour-blind players can join in the fun, as the various shapes and sizes of the gammies help differentiate them from each other, kudos to the developers for increasing the accessibility of their game. The atmospheric backing soundtrack is soothing and calm, while the various sounds made by your actions are instantly recognisable in this world, and is greatly important in immersing a player in this quaint world.

Did I mention that the narrative thread running through the adventures of the gammies is very intriguing and intentionally vague? A narrative brimming with fictional mythology, exploration of death and rebirth, and examinations of relationships, She Remembered Caterpillars is equal parts philosophy and mystery, and I liked it very much.

(Lead writer) Cassandra’s first idea for the story was based on Egyptian mythology, specifically Osiris’ death and rebirth, and from there the game evolved. We feel like there are quite a few parallels between the way fungi grow and the idea of rebirth. Lastly, there is quite a bit of background lore that we were not able to cover in the game (at least not as extensively as we wanted to). Fungipunk implies a world where technology is based on or powered by fungi. There are hints to this in the narrative but also in the backgrounds and UI of the level selection screen.

On the narrative and overall design of She Remembered Caterpillars.

This fungi-punk world is very worth your time to visit and explore, especially if you appreciate a good puzzle to test your brain or simply love great visual design and construction. I came into this with some trepidation as I am not the greatest with the genre, but She Remembered Caterpillars does an admirable job of making me feel accomplished and put a smile on my face with its beautiful world and the strikingly vibrant gammies. Do not let this one pass you by. 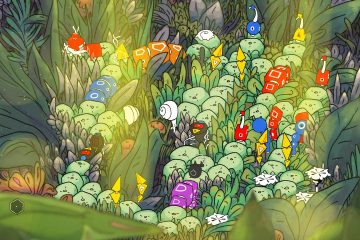