Following the success of our inaugural show last year, GameStart 2015 will take place across three days from November 13th to 15th at the Suntec Convention Centre, Halls 401 and 402. The good news is we have doubled the floor space from last year. That means more games, more events, more exhibitors and more importantly, more fun!

Last year we had more than 12,000 game enthusiasts through our doors, trying their hands on over 45 games and cheering on the players at the various tournaments and competitions we held.

This year we have several partners that are returning to participate in this year’s event which include: Sony Computer Entertainment Hong Kong (Singapore Branch), Bandai Namco Entertainment, Blizzard Entertainment, Ingram Micro Games and home-grown companies such as Armageddon, IMBA Interactive, Kinetiquettes, Witching Hour Studios and Xmashed Gear. The Capcom Pro Tour Asia Finals tournament also makes a return with RZR Xian and Dakou competing. No Average Joe’s Retro DNA area returns too where visitors can check out games and gaming hardware from the 1980’s to the early 2000. 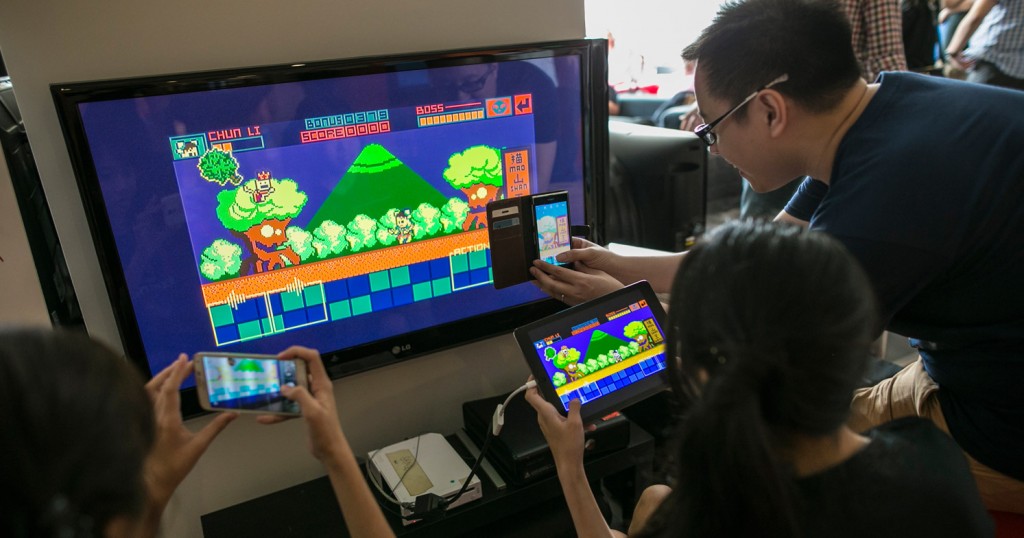 For this year’s event we have over 60 hot new games on PC, console and mobile, including several that have yet to be launched. There will be meet-the-producer sessions, show matches, eSports tournaments and cosplay showcases.

GameStart 2015 Goes VR and Other Highlights

Visitors to GameStart 2015 will be treated to something very special this year as we will be the first in Southeast Asia to demonstrate the PlayStation VR headset to the local gaming community. When worn during gameplay with PS4 VR games, the headset gives the user a truly immersive experience.

Visitors will also be able to get their hands on a selection of games that will only be releasing in 2016 and late 2015 such as Dark Souls III, Lego Marvel’s Avengers, Just Cause 3 and Tom Clancy’s Rainbow Six Siege. 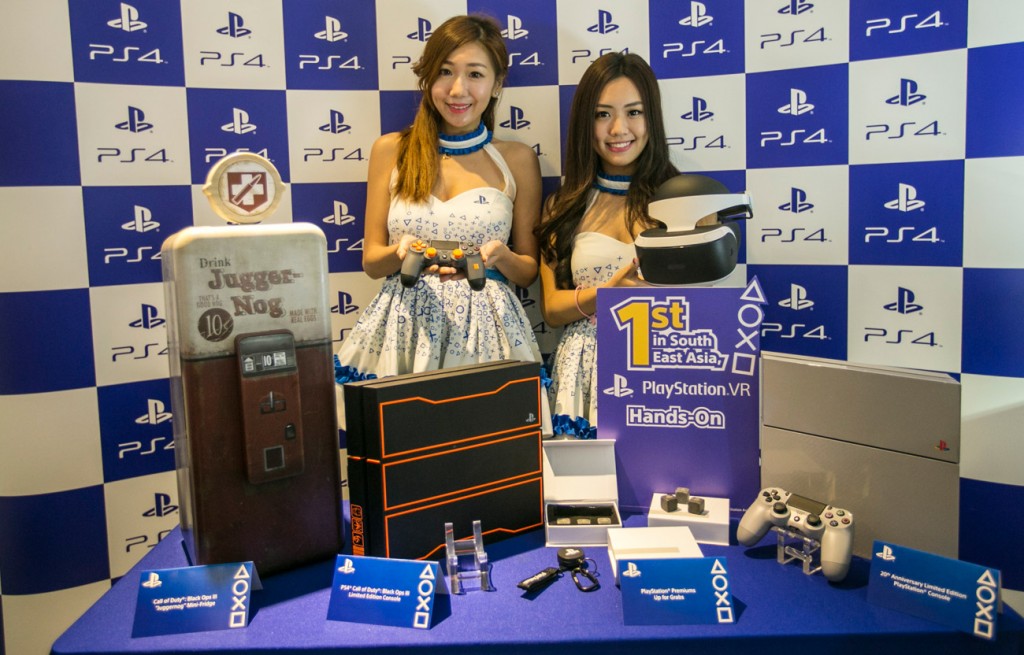 Another exclusive for us is attendees will be the first in Singapore to be able to experience the Star Wars: Battle Pod thanks to one of our new partners, Geek Culture. The Battle Pod is an experiential arcade game that features a dome-shaped screen, transporting players into heated battles in a galaxy far, far away.

In line with our goal to showcase independent developers and gaming related start-ups, we are proud to announce over 30 independent companies will be at the show. This is a huge increase from last year where we only had eight participating. Visitors will be able to find these companies at the Founders Base and Singapore Gamebox booths. The Singapore Gamebox booth is hosted by Games Solution Centre (GSC), an initiative by the Media Development Authority (MDA) and is managed by Nanyang Polytechnic (NYP). 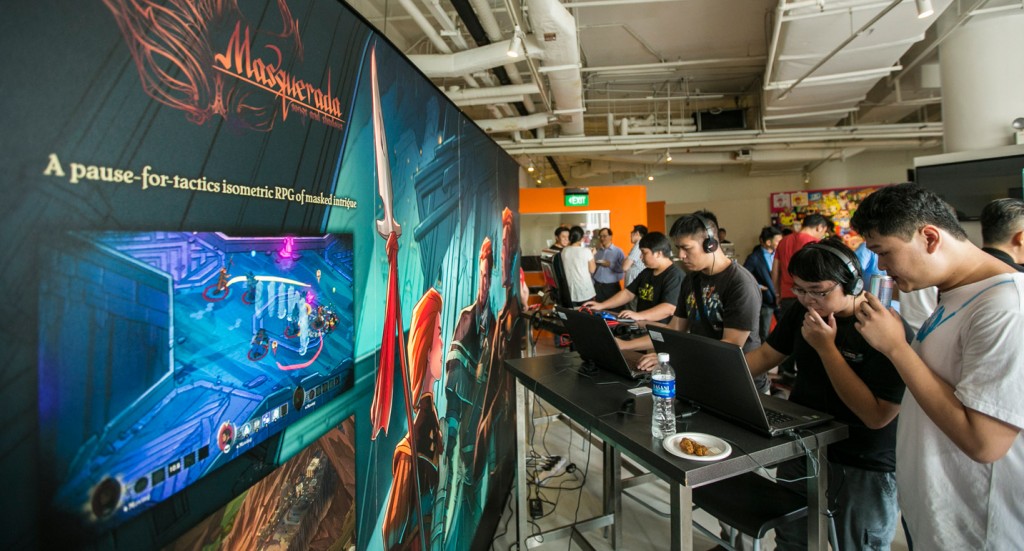 Other Events and Activities

We will be having a Cosplay event with celebrity cosplayers Johnny (Junkers Cosplay), Karin (Acanthastar) and TUNA attending to meet their fans and also be judges for the Game On! Cosplay Runway Showcase organised by our cosplay partner, Neo Tokyo Project.

There will be show matches for Tom Clancy’s Rainbow Six Siege, the StarCraft II: Legacy of the Void SEA Beta Anniversary Tournament Grand Finals, Hearthstone matches, a Street Fighter V producer showcase and much, much more.

Finally there will be a performance by Gentle Love, a musical duo from Japan comprising of saxophonist Norihiko Hibino (composer for Bayonetta and the Metal Gear Sold series) and pianist AYAKI. Gentle Love will perform well-known game music pieces during GameStart Asia.

The first 500 visitors to the show on Saturday and Sunday will receive a ‘Random Loot Bag’ which could contain anything from exclusive T-Shirts to games, posters and other exclusive items.

Official apparel partner Xmashed Gear will be debuting new designs for sale at this event. Also available for sale will be game-themed socks! These were specially created for us by Freshly Pressed Socks. A total of 17 designs will be available. 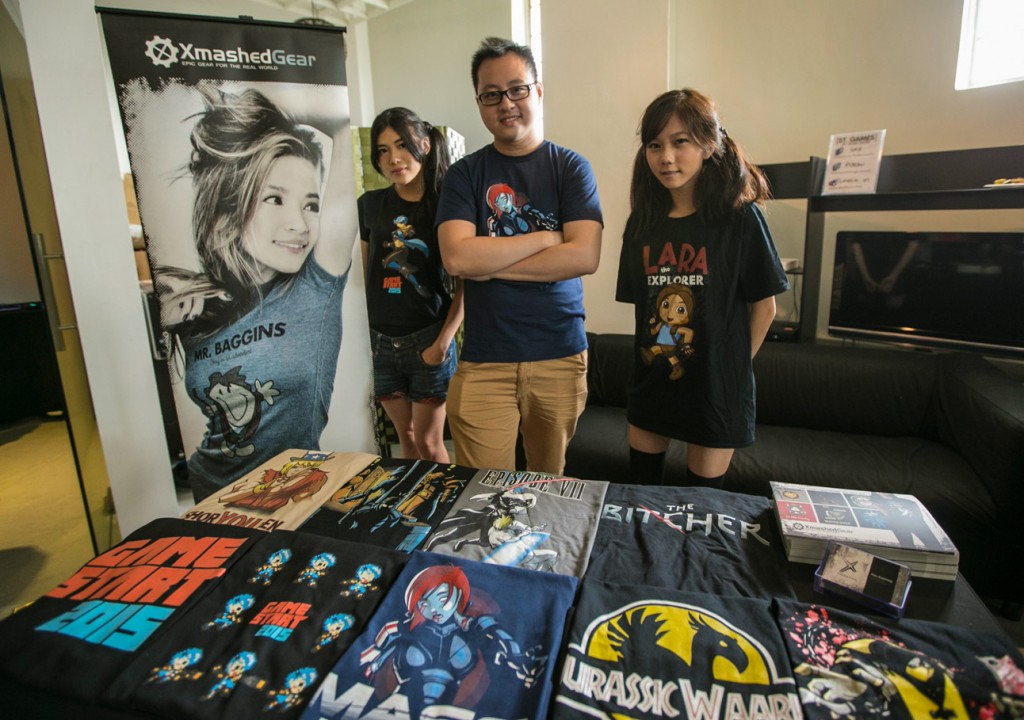 Standard priced tickets can be purchased online and from selected retail partners – Saint Games (The Cathay), Gamescore (Funan) and all GameXtreme outlets. One-Day Standard tickets for entry on either 14 or 15 November are S$12 and a Two-Day Standard ticket which allows entry on both days is S$22.

For the full press release, please visit our press page.