Next up, we have FIVE awesome swag bundles for Middle-earth: Shadow of War up for grabs! Special thanks to Ingram Micro Games for sponsoring the prizes! Five lucky gamers will walk away with one full set of the following items:

The sequel to the critically-acclaimed Middle-earth: Shadow of Mordor – winner of over 50 industry awards – arrives this August, continuing the original story of Talion and Celebrimbor, who must now go behind enemy lines to forge an army and turn all of Mordor against the dark lord, Sauron. Immerse yourself in the epic war for Middle-earth as you confront the Dark Lord Sauron and his Ringwraith’s. Forge a Ring of Power to dominate your enemies and command your followers as you experience a unique, personal story brought to life by the award-winning Nemesis System. Find out more at Shadow of War’s website. 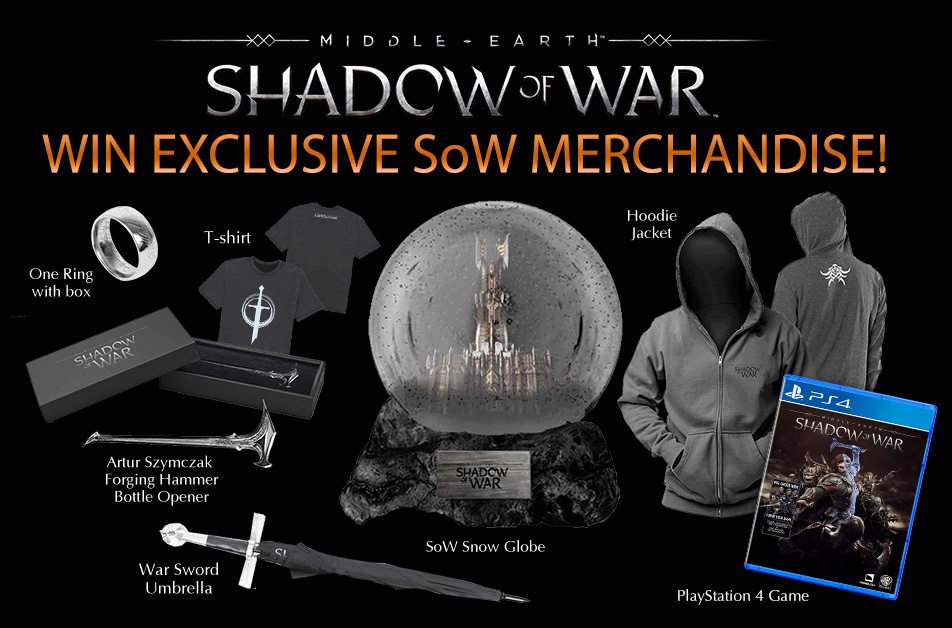 Here’s How You Can Win

Give us a LIKE below if you haven’t done so yet, so you won’t miss out of future similar giveaways!

Congratulations to the following lucky winners:

RetroDNA is a Blast from the Past!