The next instalment in the acclaimed fighting game series, Guilty Gear -Strive-, is coming this 11 June! Ahead of its release, the second round of Open Beta Testing will take place 14 – 16 May 2021. 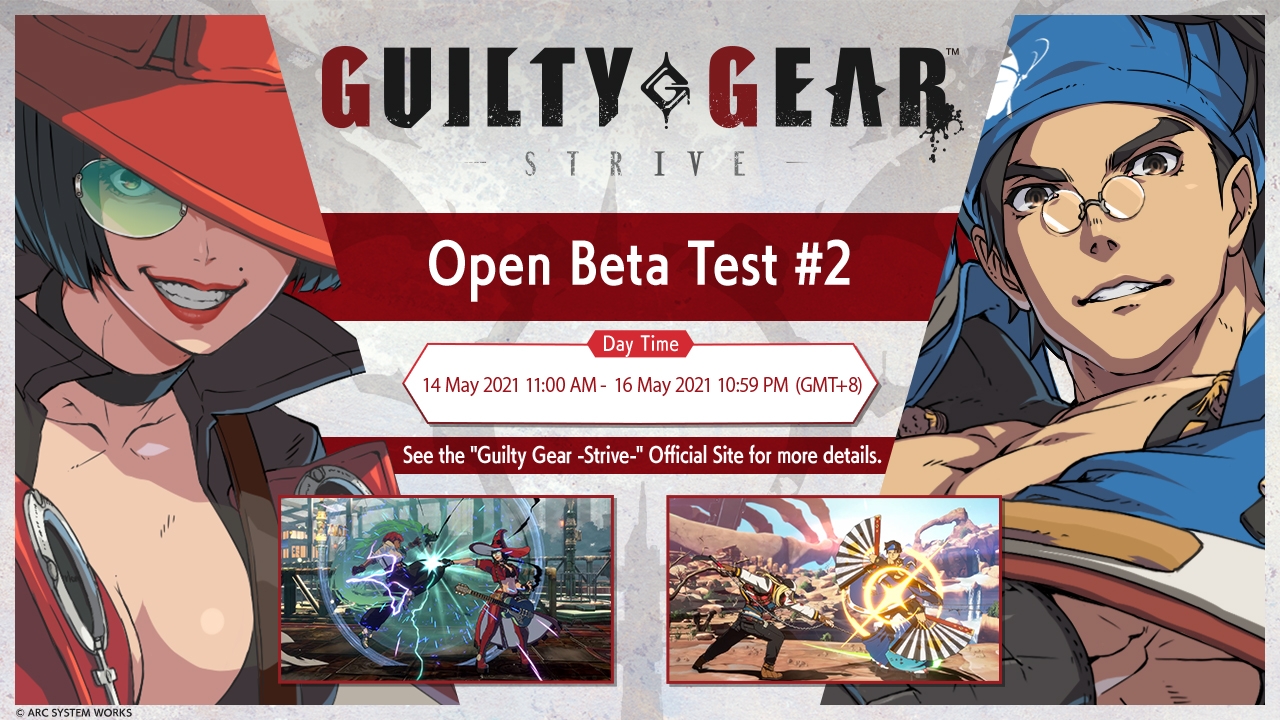 The Open Beta will let players try out the entire current roster of fighters, including the rocker witch I-No and the fan-wielding Anji Mito as new additions to the playable cast. In addition to the updated roster, the Open Beta Test #2 will introduced a revamped online lobby system, as well as the following modes:

Finally, cross-play will be supported for PS5 and PS4.

The Guilty Gear -Strive- Open Beta #2 will be available for pre-download on 7 May, 10AM in your respective timezone, and will go live from 14 May, 11AM to 16 May, 10:59PM (GMT+8). Players who still have the previous Open Beta will be able to update it via a patch (the availability of which will be announced at a later date).

Also, Early Access content for pre-orders of the Deluxe and Ultimate editions, which goes live on 8 June 2021, has been adjusted slightly. Players will be able to select their favourite character from the full roster to play the online modes, while the Story mode will be available in full.