Minecraft Dungeons resembles that of a top-down brawler game while retaining the spirit of the franchise. The lore behind the storyline of the game is immersive and carries the player through an adventure with mobs, danger, loot and rewards in every journey.

The game controls and mechanics are straightforward, making it very accessible to any player. For someone like me who was new to the PS4 platform, it was easy to pick up the buttons and enjoy the game! Basic combat abilities include your typical Minecraft sword and bow, but the addition of special abilities and character building opportunities through gearing and enchantment upgrades gives the player the freedom to play in a variety of play styles. I was addicted to the bow mechanic that allowed me to shoot arrows accurately even from a top-down game dimension. The crossbow I later received in the game came with musical notes before sending targets flying through the air. It was things like this that made me look forward to my next adventure. 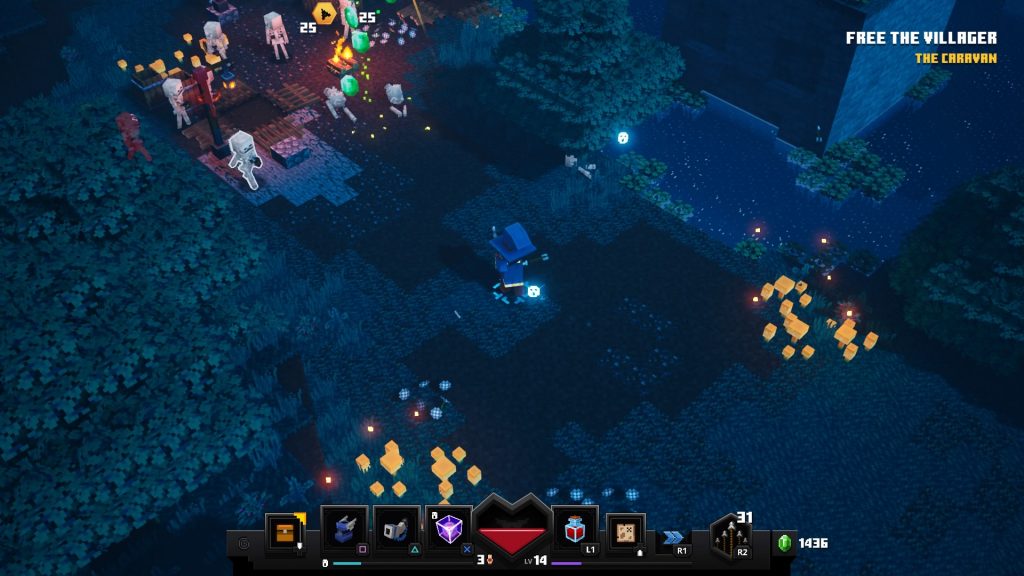 Some bow action going on here!
It is only right to 1 v 1 a skeleton with a bow, right? An eye for an eye? 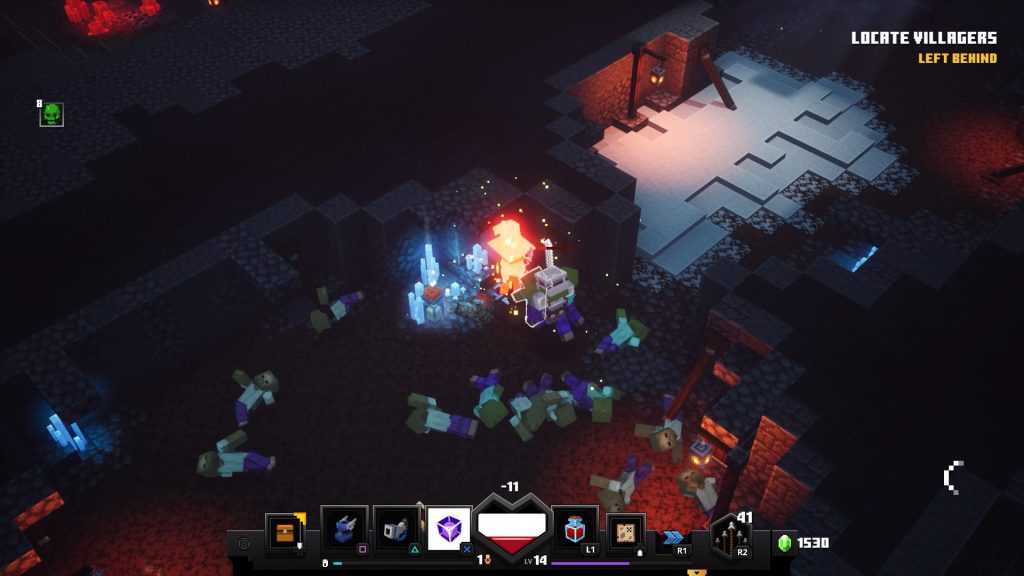 Using my handy melee weapon of choice, I knocked out all the zombies in my way!

The attention to detail makes the game so much more mesmerizing as the pixel game has been brought to life with so many touches to the little lighting details, glowing ores and mysterious mushrooms that glow and play magical music notes as you walk over them. Players get to explore the different adventure maps with familiar regions like the swamps, grasslands, mountains and villagers. Each map also has hidden rewards to be discovered, encouraging the player to traverse terrains in the layers of the map. Not only did I find the graphics beautiful, the accompanying soundtrack added so much more atmosphere to the environment. It successfully brings the spirit of Minecraft to life and one can easily imagine the soundtrack in the PC version of Minecraft; lo-fi beats and piano melodies. 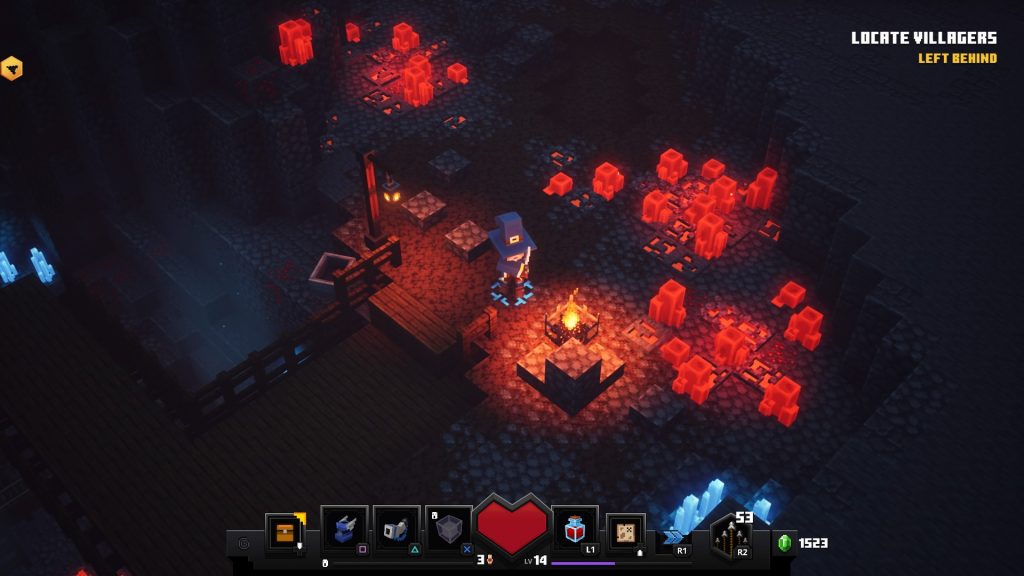 Look at the glow emitting from the red stones!

Although a simplified version of a typical top-down brawler game, Minecraft Dungeons has its own set of challenges too. Centered around leveling your character and attaining better loot, it pushes players to strive for better rewards that improves the overall experience. Finishing the game on standard difficulty also unlocks the next difficulty option, and  you are given the freedom to adjust the challenge of each individual adventure to increase loot qualities dropped by enemies. While there are no character classes in the game and very few options to how your avatar looks, players can adjust character aesthetics by equipping different weapons and armor. With the addition of special abilities that can be attained through trading with rescued villagers, mob drops, loots or rewards, players can also mess around with different weapon and ability combinations to suit their play style or role in a multiplayer group. 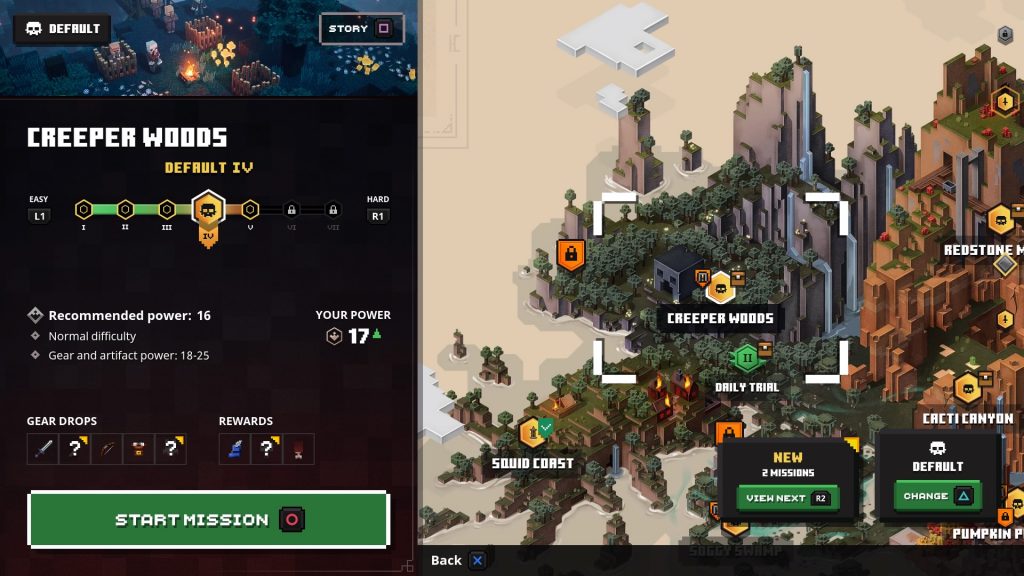 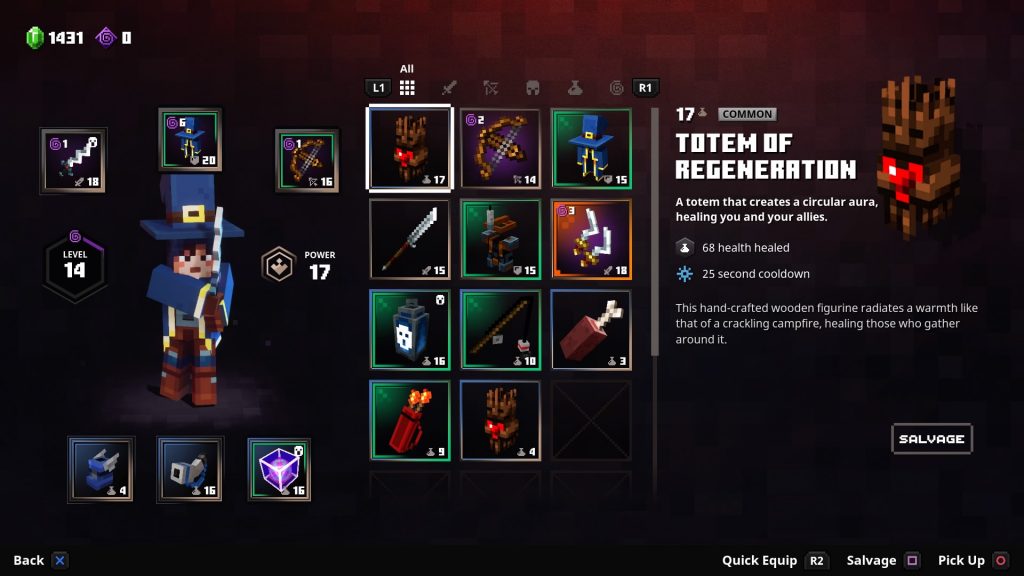 Character tab with gears attained from adventures, over here you may read up on the skills, enchant tools and equip stronger weapons to upgrade your character’s overall strength! 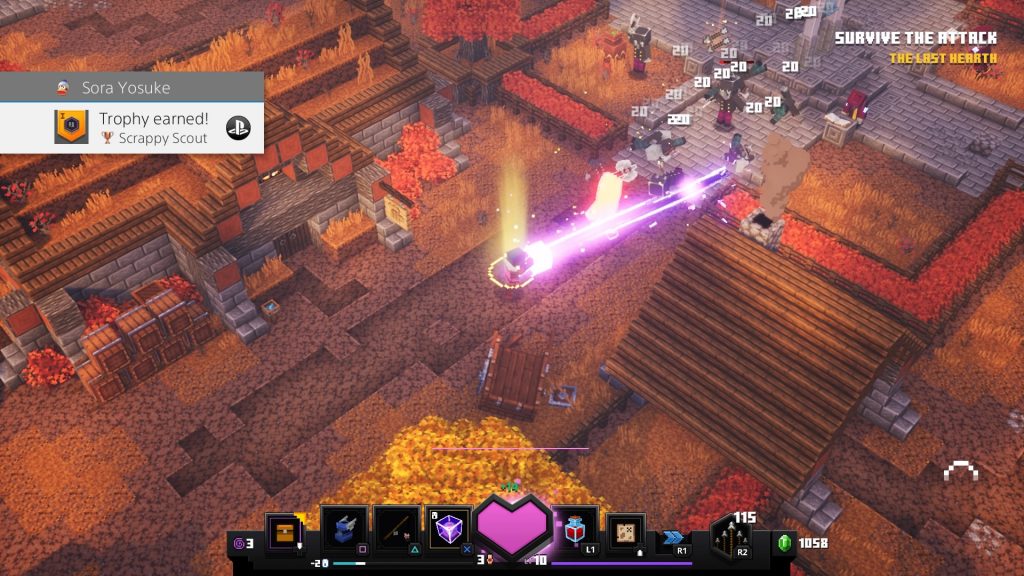 This ability I dubbed “lazer beam of doom” can destroyed enemies in a single blow!

As an avid fan of the Minecraft franchise, I am overall happy and satisfied with what Mojang and Microsoft brought with the new Minecraft Dungeons. Although you are endlessly attacking mobs and boss characters, it never gets dull. In fact, it just gets even more addicting!

A cosplayer with a passion for costume-making, Yosuke has graced multiple anime and cosplay events regionally, as well as collaborated with local and international brands such as EZ-Link, UNIQLO Singapore, Domino’s Malaysia, and the Singapore Police Force