JUST CAUSE 3 will be made available in Southeast Asia across Singapore, Malaysia, Philippines, Thailand and Indonesia this December 1st. Square Enix and Avalanche Studios is proud to present a vast open-world action adventure, and the latest instalment in the much-loved JUST CAUSE series. JUST CAUSE 3 will be available 1st December 2015 for PlayStation 4 computer entertainment system, Xbox One and Windows PC.

In Just Cause 3, Rico will be bringing his Grapple and Parachute, both with game-changing upgrades, as well as the brand new Wingsuit to the beautiful Mediterranean archipelago. Defeat General Di Ravello, a dictator with an insatiable appetite for power and destroy the General’s hold on power by any means necessary. JUST CAUSE 3 truly represents the next generation of chaotic sandbox fun, with over 400 square miles of complete freedom from sky to seabed and a huge arsenal of weaponry, gadgets and vehicles, prepare to unleash chaos in the most creative and explosive ways you can imagine…

In addition to the standard edition of the game, the Collector’s Edition will contain a variety of collectibles, including the fan-voted centerpiece — a faithfully recreated 15-inch display version of Rico’s trademark grappling hook.

The Just Cause 3 Collector’s Edition includes: 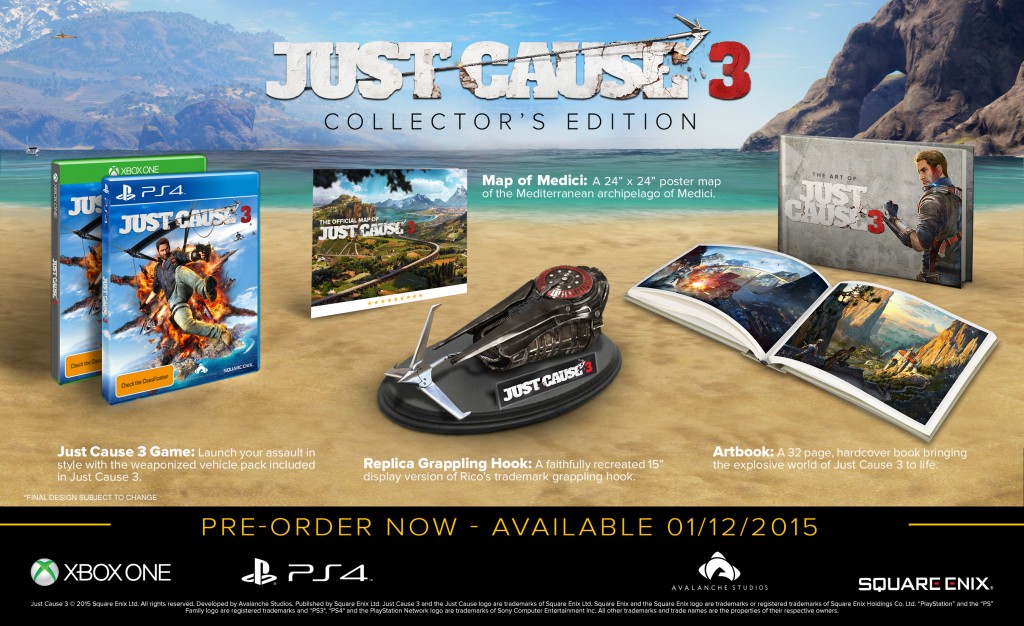 Standard edition of the game will be available in game retail stores across Southeast Asia. 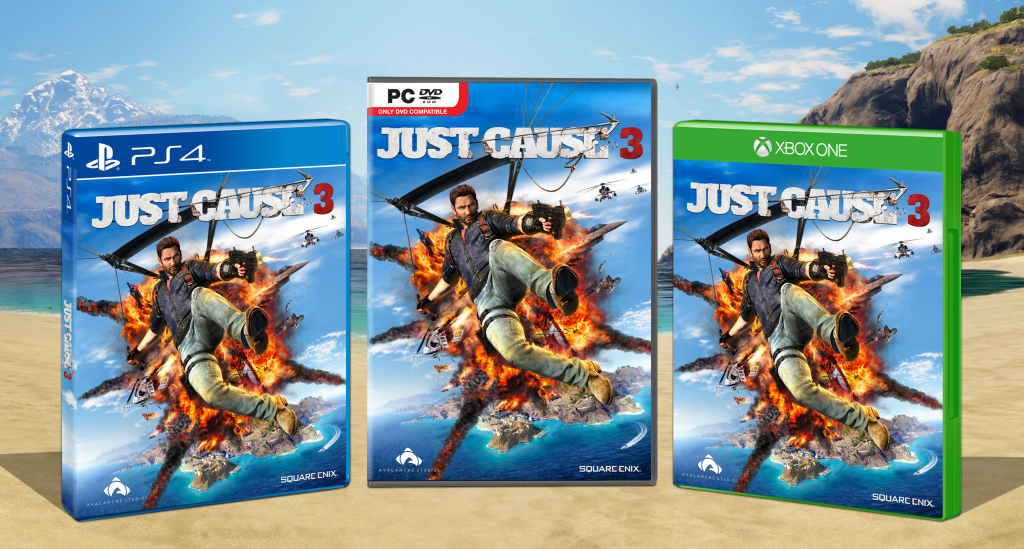 Lastly, Just Cause 2 will also be available to anyone who purchases Just Cause 3 for Xbox One via Xbox One Backward Compatibility. Get ready to set the world on fire on PlayStation 4, Xbox One and high-end Windows PC on December 1st 2015.

BANDAI NAMCO Entertainment Asia is the official distributor for Just Cause 3 in Asia.