One of the biggest games to hit PCs (and console soon) this year, PlayerUnknown’s Battlegrounds has been gathering momentum day to day. The world has taken to the battle royale shooter, and its simple to understand, hard to master gameplay has garnered fans everywhere. 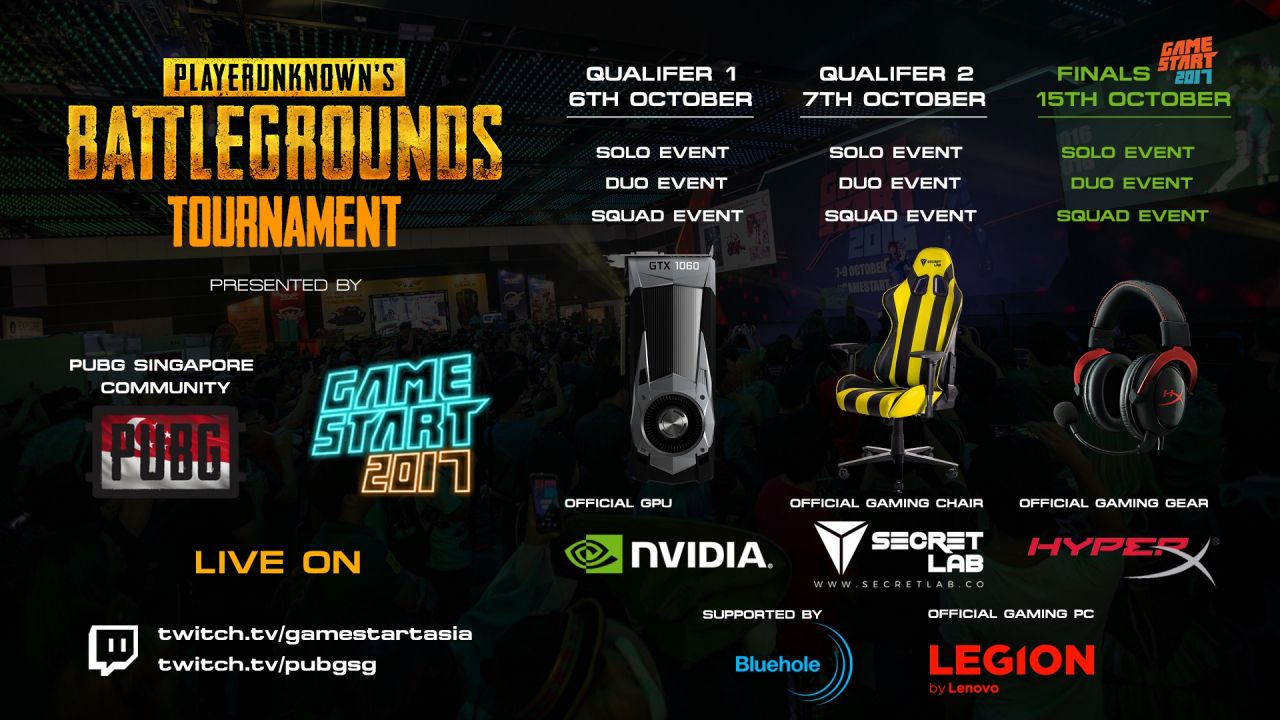 It does not matter if you are a Solo, Duo, or Squad player, spots are available for all to take part in the tournament.  Even more important, attractive prizes will be up for grabs from our wonderful sponsors, including NVIDIA, SecretLab, and HyperX!

Wait no longer, the chicken dinner could be yours at GameStart 2017!

All dates and times are in Singapore time, SGT (UTC+8).

Event dates and/or timings are subject to change due to unforeseen circumstances. The organisers will strive to inform the affected participants at the earliest opportunity.

Win Points Distribution (per round) 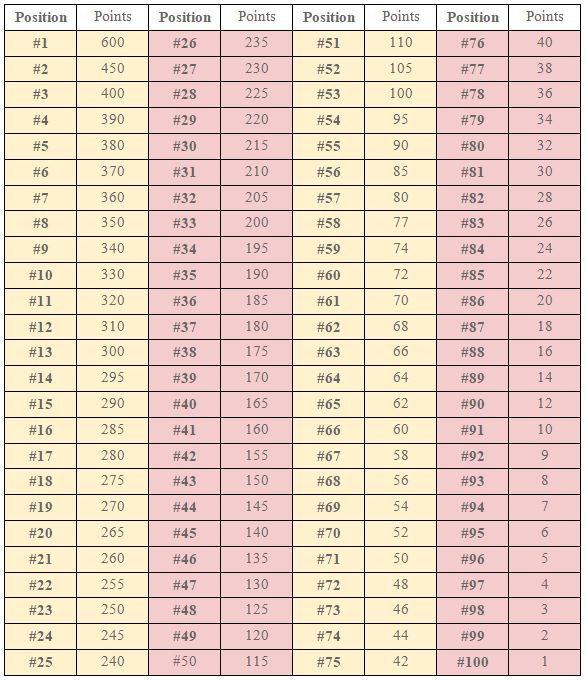 Kill Points Distribution (per round) 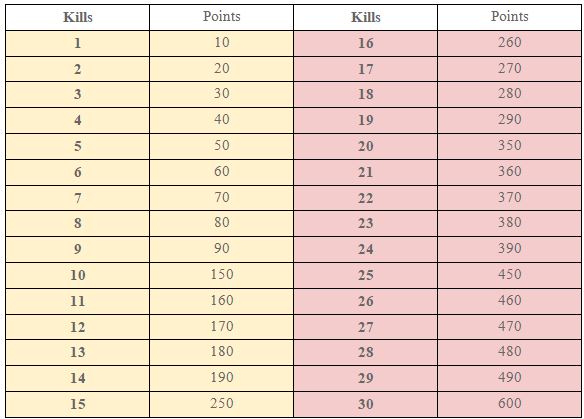 All players are to adhere to the Rules of Conduct as published on the official PUBG website, or risk disqualification. These include, at time of writing: