It’s been 13 years since the Left 4 Dead series was first unleashed upon the world. Developed by Turtle Rock Studios, they are games that perfected the co-op shooter and in all honesty they have never been bettered. Many have tried and failed, including Turtle Rock (Evolve!) but now they are back…with Back 4 Blood.

Back 4 Blood has a setting that could be taken from any zombie film/book/game/comic/tv series. The classic setup. Worldwide outbreak infects most of humanity. Turns them into a zombie-like creatures which are called the Ridden and then it’s up to you and your friends a.k.a the Cleaners, to erm….clean up the mess? 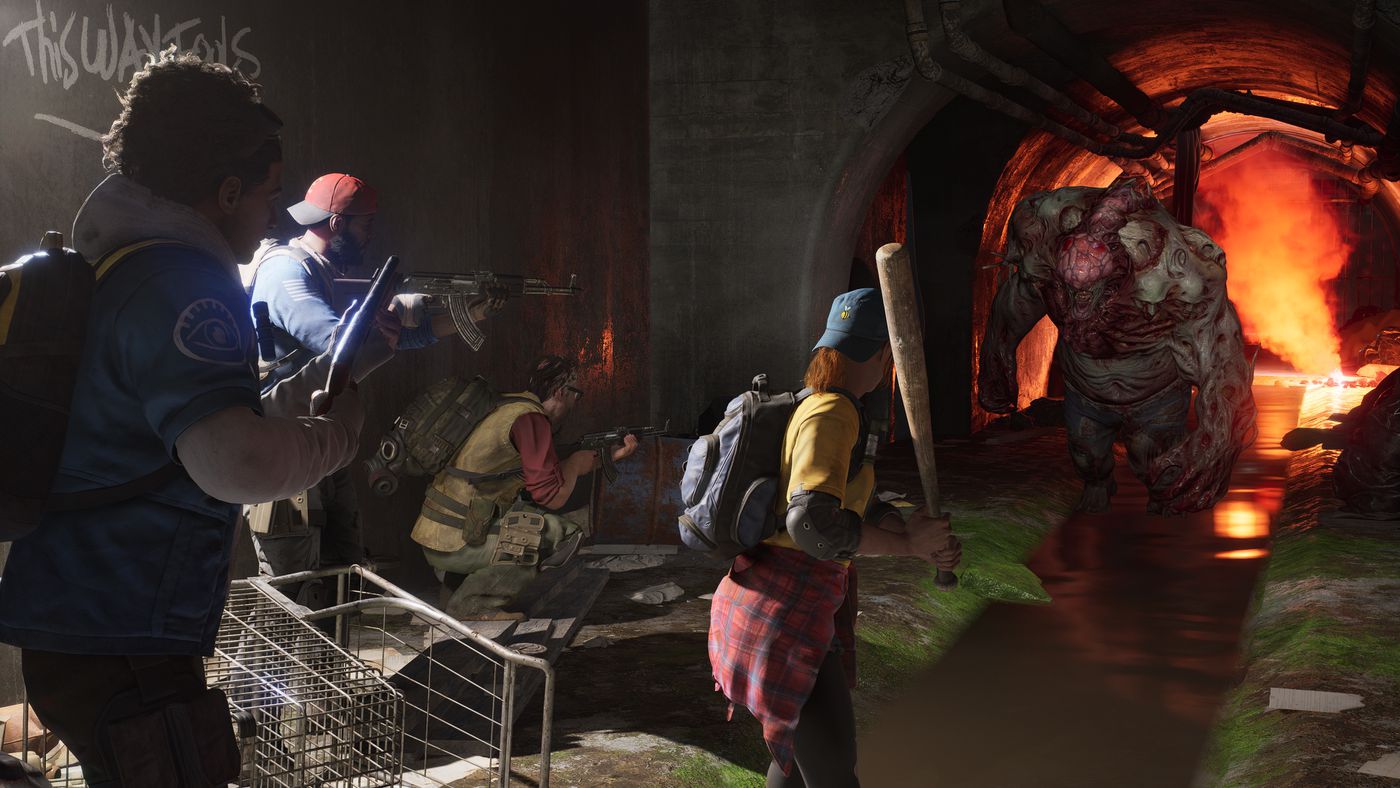 Players start by choosing from eight characters which have their own traits and starting equipment and then prepare to survive the four acts of the game which has over 30 stages. That means battling the undead hordes while trying to make it to one safe house to another all while trying to complete objectives. These objectives are pretty simple and straight forward. You will be tasked to maybe start a generator or maybe you will need to gather a particular resource and deliver it to a location on the map, all while being attacked by the lovely Ridden.

The Ridden horde is made up from quite a few different enemy types but all of them are looking to kill you as fast as possible. Let’s take a look:

Common: Fast and numerous. Weak on their own but devastating in a speedy swarm of death.

Hocker: A melee-focused attacker that can pin down targets by spitting at them. hock! hock!

Stalker: A fast melee attacker that can pounce on players and drag them away from their friends like a screaming baby.

Stinger: A speedy ranged attacker that can mess with your vision.

Retch: Yeah. This one pukes lovely pools of deadly stuff at you.

Exploder: Charges and explodes for a large amount of damage

Reeker: Can charge an knockdown players and then explode in a nightmare ball of pus.

Crusher: Grabs players and crushes them to death.

Tallboy: Hits you with a nasty club-like arm

Hag: Will attempt to eat you alive. No biting. Just swallow whole. Nightmarish.

Sleeper: Get too close and it will burst from its pod and pin you down.

Each of these enemies will require you to shift your tactics when encountering them and when many types are on the battlefield all at once, it’s pure pandemonium and this is when Back 4 Blood is at its best. There are a couple of other enemies not listed here but we’ll let you discover those for yourselves… 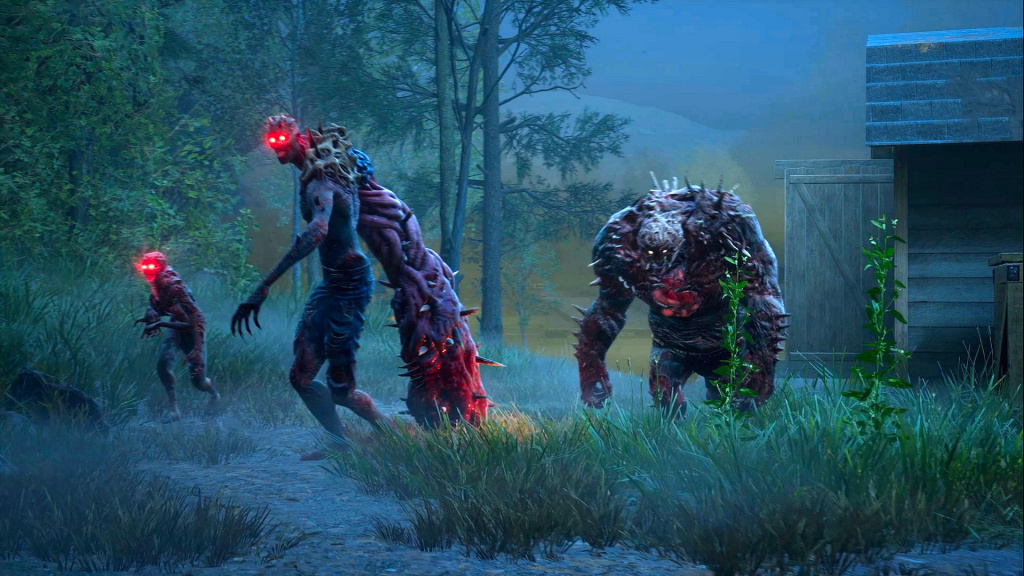 To fight back against all these enemies you need weapons of course. Back 4 Blood features a standard weapon set of shotguns, SMG’s, rifles, pistols and melee weapons. The shotty can decimate the toughest Ridden but it comes at a price with limited ammo capacity. Assault rifles are fantastic at mowing down weaker crowds but the bigger enemies just laugh at them. It’s a great puzzle to solve within your team of who is using what and when. Weapons are also split into colour-coded tiers and each weapon has four upgrade slots. Once an upgrade is attached though they can’t be removed so make that choice count.

You maybe worried that the upgrade system is a little simple and it is. That’s because the main way to customise your character is the card system. You can build a deck with up to 15 cards in it and these cards drastically alters the way you play. After each chapter, you can pick a card in the order you placed it in your deck. For example, if you are using a shotgun, the reload speed card is a no brainer for a good opening draw. It’s fun build decks and synergize them with your friends. It’s not all fun and games with the cards though. There are little things called corruption cards that are drawn during each chapter that can buff the Ridden or change elements on the map you are about to play. 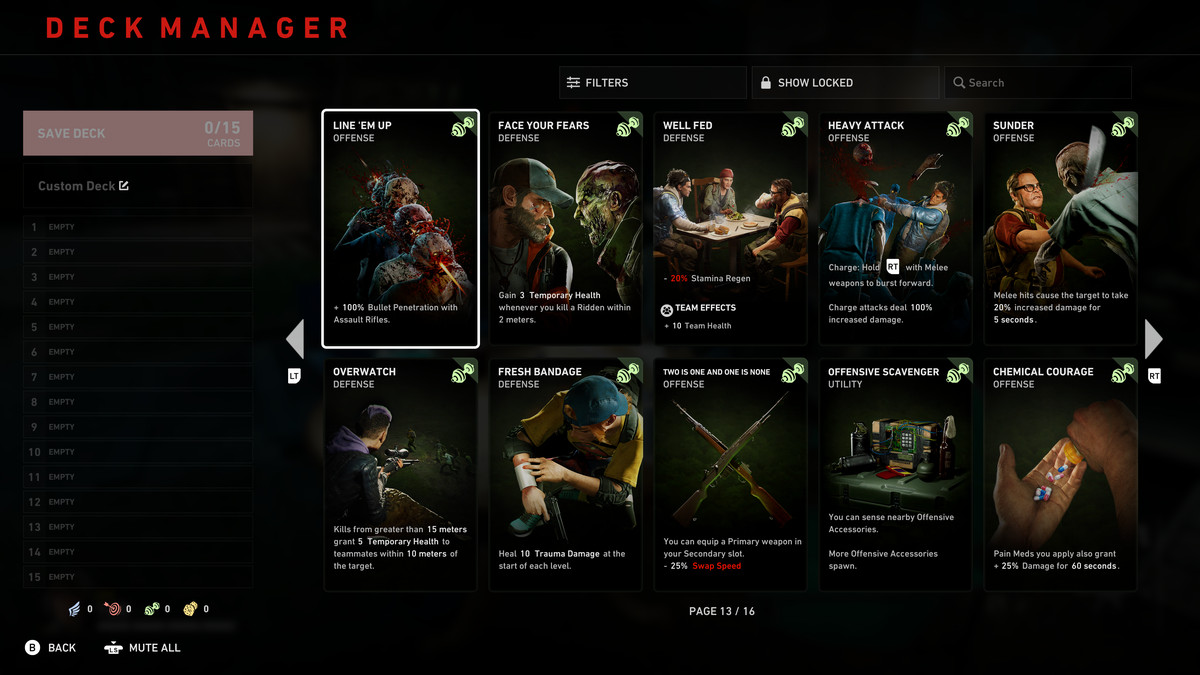 When completing a chapter, you are also awarded with supply points depending on certain factors such as the difficulty level and how many players survived.  These points can then be spent on one of the three available supply lines which unlock cosmetics and additional cards. Once a supply line is finished, a new one opens up with its own set of unlockables. Cards are always great to unlock but the rest is pretty much fluff.

Back 4 Blood is a full on multiplayer game so it’s only going to be worth it if you have a regular group of friends to play it with. There is a solo option but it disables so much of the game that it makes it not worth playing at all. To get the most out of Back 4 Blood, you need to play with friends. Communication and co-ordination is key especially on the higher difficulty levels so take this into account if purchasing.

Turtle Rock have made a solid game that delivers a fantastic multiplayer experience and offers a new take on the Left 4 Dead games.

Back 4 Blood is available now on PC, PlayStation and Xbox platforms (included on GamePass).