East Legend is an action RPG rehash of the Chinese classic Journey to the West. Venture westward with the priest Jade and his energetic companion Jasper in search of the legendary Chalice of the gods.

You’d be forgiven for assuming East Legend from Com2uS is yet another hack-and-slash action RPG. While it is all of that, it gives itself some individuality by telling a somewhat remixed Journey to the West story. Here, the monk is a slight, handsome fellow with the ability to banish demons and Wukong/Monkey is a lively, almost snarky fighter released after 500 years of imprisonment. One thing that hasn’t changed is how every single enemy wants to kill or consume them.

East Legend has your usual stamina, gacha-for-starred-heroes, rewards and achievements and follower systems. It one-ups existing mobile ARPGs by including a PvP system for you to pit your team against fellow players, active global chat, readily accessible help text and customer service via email as well as countless of cutscenes that can be read leisurely, sped up, or skipped entirely. You can also cycle through different leader heroes and experience different character playstyles. Yay!

Itching to try it out? Grab it now for iOS or Android devices.

Players and fans in Singapore will get to check out East Legend and other games Ace Fishing Season 2 and Summoner War at the Com2uS Roadshow on 29 – 31 May at The Cathay. Great prizes and in-game items will be up for grabs! 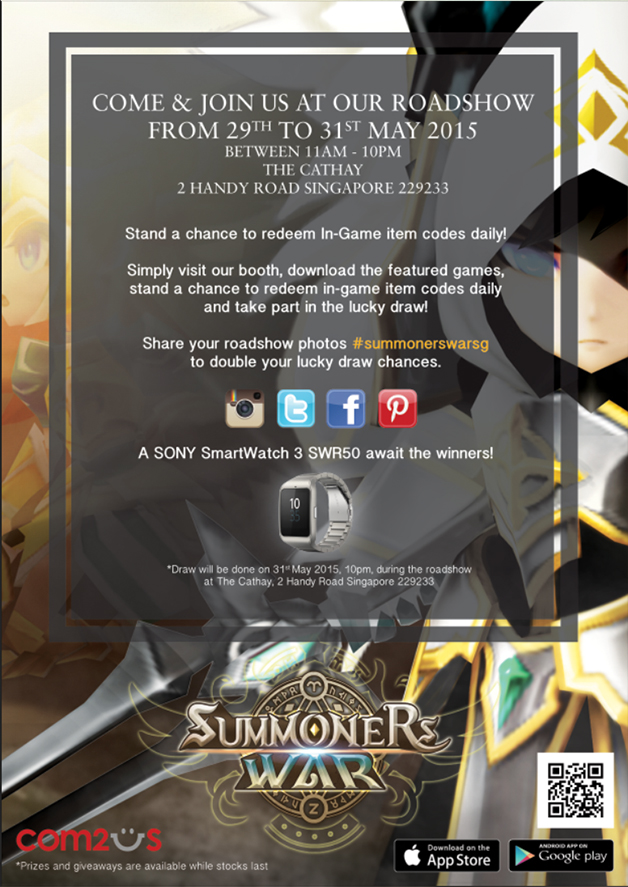 80
This game is for you if you like mobile action RPGs, xi you ji, hacking and slashing, collecting rare heroes/monsters, scantily-dressed priests.
Gameplay– 80%
Art– 100%
Music & Sound– 60%