The PlayStation VR is a peculiar piece of hardware – heralded by some as the next step in gaming, derided by some for its lack of power in the face of more accomplished foes like the HTC Vive and the Oculus Rift. Yet, the sticking point for me has always been the lack of software to fully showcase PS VR, with the last notable title being Resident Evil 7. It was everything the PS VR should be, comfortable, immersive, and fun. The latest to join the PS VR family, Impulse Gear’s Farpoint, straddles in between good and bad quite often, but remains a commendable effort and game worthy of consumers who own the PS VR.

Farpoint is the first VR title that feels like a triple-A release, backed by Sony with the PS VR Aim Controller (more on that later), the first-person shooter plays relatively well and is by far one of the better VR offerings available. Besides offering the standard single-player campaign, developers Impulse Gear also manages to throw in a co-op mode and special challenges that test your mettle in the virtual space. It all begins innocently enough, you on a mission to escort scientists who are studying a radiation anomaly near Jupiter, a rupture from said anomaly occurs, and everyone’s transported to an unknown alien world. Pretty standard sci-fi affair, and players are tasked with both recovery and exploration of this new world.

You can either play with your DualShock 4, or choose the best option, the new PS VR Aim Controller. Looking somewhat similar to the PlayStation move Sharpshooter peripheral released for the PS3, the well-made accessory is light, feels great to the touch, and have proper button placements that feel natural to anyone holding a “rifle”. Aiming is intuitive, especially with the holographic sights in-game, and with the PlayStation Camera doing its tracking job well, it feels like a 1:1 replication of your real life movement with your in-game character. The trigger offers slight resistance and is perfect for squeezing off shots, and the analog sticks, while placed some distance apart (one on top, the other near the foregrip of the controller), are great to use. I will never play another VR shooter with my DualShock 4, the Aim Controller is that good. That said, it’s not terribly expensive, but still a significant investment for a peripheral that is only good for a single title right now. If you can afford it, there is no reason not to get it as Sony will purportedly support it with more games down the line.

Why the talk about aiming and shooting? Simply because, no surprise, our alien planet is full of hostile bugs that would love to have you for dinner. You should be familiar with those pesky jumping spiders if you watched the trailers, but rest assured, there are more creepy crawlies awaiting you in Farpoint. Flying bugs, exploding bugs, and vomit-spewing nasties will hopefully meet their end at your hands as you journey across the surface. Enemy variety is not limited to just these annoying pests, as you will soon have robotic drones and alien humanoids to deal with. Aside from combat, there are also Holograms to scan and collect, adding more incentive to explore the pretty open world around you.

Farpoint does a satisfactory job of arming you with weapons other than the standard assault rifle. There is the Shotgun, a Precision Rifle, the more powerful Plasma Rifle, and my personal favourite, the Spike Gun. Add in secondary firing modes and blasting aliens have never been more fun in VR. You can even switch weapons like many of your favourite characters do, simply move the Aim Controller upwards like storing weapons on your back and voila, instant switch!

The single-player campaign should last you about 4-7 hours, and was generally an action-packed ride with some admittedly long cutscenes that tell more of the story. The ending is not exactly cookie cutter sci-fare stuff, but it was good enough for a short romp through unknown territory. Once you are done with that, you can hop into co-op mode, with four levels of Horde-like gameplay to chew through with a friend. More like Starship Troopers than Interstellar, the co-op mode should satisfy even the most bloodthirsty of spacefarers, and having a partner around to help (or hinder, friendly fire is a thing!) always makes it more fun. Finish that and you have challenge mode, with different variations and modifiers to change up the gameplay to keep you coming back for more. The medal-chasing nature of this mode should suit the hardcore fans of the genre.

I did have a good time with Farpoint, but with one caveat. While it offers a host of movement options (much like Resident Evil 7 biohazard), I still experienced a bout of nausea once in awhile with the analog movement. This is coming from someone who finished the aforementioned RE7 fully in VR. If you are looking to finish Farpoint, definitely take a break once in awhile, especially those of you yet to have your VR legs. Graphically, as expected, it takes a hit while in the headset, although it looks up to par on the television. Enemies and landscapes look a tad blurry while further away, but up close they look good for a PS VR title. The gameplay experience far outweighs the importance of graphics in this reviewer’s point of view.

Is Farpoint the game to showcase the PS VR? In this current climate, with a lack of games, I would say a resounding yes. Paired with the wonderfully designed PS VR Aim Controller, Farpoint is the first triple-A title that feels right at home in PS VR, and plays well enough for me to overlook the graphical standards I have come to expect. Satisfying gunplay, a serviceable plot, and an immersive VR experience makes Farpoint my favourite PS VR game to date.

7.0
Farpoint should be the standard bearer for PS VR games moving forward. With the occasional nausea-inducing moments aside, Farpoint was a satisfying time, and the PS VR Aim Controller is the best Sony peripheral since the DualShock 4, and that’s no mean feat.
Gameplay– 8.0
Story– 6.0
Presentation– 7.0
Value– 7.0
Tags:FPSPlayStation 4VR

Creator of "60 Seconds!" explains why it’s so hard to get a good ending 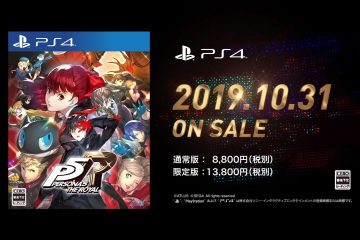 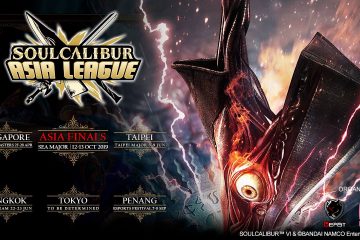