Developer Ninja Theory’s offerings can be a mixed bag. They crafted the decent Heavenly Sword and created the cult classic  Enslaved: Odyssey to the West, but disappointed slightly with their reboot that was DmC: Devil May Cry. More recently, they built the now defunct Disney Infinity 3.0, which was the last in the series.

One thing for certain, Ninja Theory has a knack for telling great stories with the medium, and with Hellblade: Senua’s Sacrifice, they may have given us an instant classic that mixes in occasional action with a story that demands your attention, and is engaging from beginning to the end.

Hellblade is not a run-of-the-mill action game. Rather, it prides itself on a dark and intriguing narrative that weaves it way around the themes of loss, confusion, pain, and more importantly, psychosis. And while the moments of serenity and inner strength of main character Senua are rare, they are to be savoured on your 6 to 8 hours spent in the world of Hellblade.

Senua, a warrior from the Orkney Islands in Scotland, is our main vessel for the entire experience. Leaving her home on a journey to save the soul of her slain lover, Dillion, she ventures into the mythological realm of Hel, where we get the first taste of Norse mythology infused into the game. But it becomes apparent almost immediately, that Senua is not well, and this world is a twisted manifestation of a mind suffering from psychosis.

An ever changing landscape can transport you from a gorgeous hillside to burning fields of corpses, and in a flash, it is beautiful, varied, and crucially, haunting. Ninja Theory’s decision to forgo a HUD for Hellblade is a brilliant choice, creating a cinematic experience that is unparalleled. Not only does Senua’s psychosis distorts the environment, its effects are auditory as well.

Hellblade utilises binaural 3D audio, a technology to have sounds coming from different directions, and the differences are stark and obvious. These means the many voices in Senua’s mind can drive you nuts, just as they do to her, so turn off those speakers and put on a pair of headphones, which is definitely a must for this game. When you have three or four voices giving you contrasting opinions, often questioning Senua’s (and your) ability to survive, it can get really disturbing, and that is the whole point.

These voices are not just there to make you uncomfortable or to simulate what psychosis can feel like, as they are also crucial narrative devices. With distinct personalities, they provide context and backstory, and their to-and-fro with Senua helps makes sense of the world we are in, particularly the parallels with Norse lore and Senua’s own journey.

Hellblade is rife with symbolism, where things are more than meets the eye. Senua’s past and her present throws up important touchstones that have made her who she is, and you will learn plenty along the journey. Is she cursed? Are the voices in her head deceased loved ones? Or is the demon tormenting her just another visage of her father? While I would not assume to know how people afflicted with mental illnesses feel, it could very well reflect what Senua experiences moment to moment, and this deep dive into these themes is what makes Hellblade a standout piece of art.

Throw in a blend of full-motion video with impressive acting by our heroine and it is a treat for the senses. The various camera tricks, transitions, effects, and cuts add to the entire production that makes the game a true masterclass. Senua is brought to life amazingly by actor Melina Juergens, so pay close attention to her eyes, which convey emotions and depth where sometimes words fail.

That said, Hellblade is not just an exposition-fest, so in between chapters, you will get to solve visual puzzles that are varied and will provide a moderate test to gamers. From finding symbols in environments, time-travelling shenanigans, to figuring how to keep a torch burning to stave off the shadows, there is enough to keep your brain working, but not frustrate it. One of the more memorable sequences in the game has players manoeuvring in complete darkness with unknown dangers awaiting a misstep and end your life.

There is also combat, albeit a less complicated and less liked part of the game. While the enemies do switch it up with a few types and different moves, the fighting can be repetitive. Dodge, counter, and strike to build up your Focus, which can then be triggered to enter slow motion, letting you dice your adversaries up with aplomb. For the majority of the game, these sequences are simple to get by, but the game does spike significantly in combat difficulty nearing the end, throwing mobs of enemies at you.

This is not helped by the tight camera angle over Senua’s shoulder, which snaps to whichever enemy you happened to be targeting. These foes can appear from behind, and you would be none the wiser, save for the voices in your head telling you to watch out, another cool application of that binaural 3D audio.

There had been several conflicting reports regarding the inclusion of a permadeath scenario in Hellblade, but this has since been proven to be false. Now, the game does warn you that if you die too many times (evident by the rot on Senua’s arm), she would be lost forever when it reaches your head.

However, this is not really the case, but it is a brilliant execution by Ninja Theory. In the world of Hellblade, you should be afraid of death, just like Senua. The constant feeling of dread and worry that you will lose your progress evokes what she faces in Hel, and serves a greater purpose than just a gameplay mechanic.

Hellblade: Senua’s Sacrifice is a harrowing and tense experience filled to the brim with atmosphere, exceptional storytelling, and a pinnacle of design and production. The very fact that a game can be used as a medium to touch on a weighty subject like mental illness is alone worth the admission price. Although the puzzles and combat sequences make it a video game, Ninja Theory’s deft creation of the time spent in Senua’s mind is truly astounding and should be experienced by everyone.

Hellblade: Senua’s Sacrifice is not available on the Asia PSN Store, so you will have to purchase it on the US PSN Store or via Amazon, or on Steam. 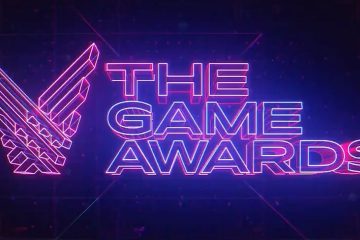