The opinions expressed within this article belong to the writer and do not represent GameStart as a whole.

Last week, Ubisoft announced that they would be revealing the next title in the Assassin’s Creed franchise at the stroke of midnight on 13th May.

As someone who has played the majority of the games in the series and absorbed much of its lore, I have to admit that this announcement did not strike me as particularly interesting. In fact, I felt rather indifferent towards the news. So then, the question begs: Why would a fan such as myself feel this way?

A Brief History of Time

My feelings could probably be attributed to this: If I had to describe the Assassin’s Creed franchise with a single word, it would be “inconsistent”. It’s really not difficult to understand the reasoning behind this if we dove into the series’ history.

(Note: The scope of this article will be limited to the main games in the series. I will not be discussing spin-off titles like Bloodlines and Liberation. Also, SPOILER ALERT!)

The first Assassin’s Creed, released in 2007, was really nothing more than a glorified tech demo – granted, it was an amazing tech demo that gave us our first taste of free-running through densely-populated urban environments, but one that we would be hard-pressed to call an actual game.

For a title that was being heralded as the first true next-gen open-world adventure, what limited gameplay there was felt extremely restrictive and constrained. The narrative was thin, poorly-presented, and the protagonist, Altaïr Ibn-La’Ahad, wasn’t exactly the most likeable fellow for much of the game.

Still, anyone could see the incredible potential that lay within the franchise, and Ubisoft would return with a vastly superior sequel 2 years later. Assassin’s Creed II addressed just about every problem with the first game, with massively-improved gameplay elements, story, and presentation.

It also gave us Ezio Auditore di Firenze – a suave, smooth-talking playboy-type who would go on to become the most beloved protagonist of the entire franchise. Assassin’s Creed II would go on to spawn 2 direct, but un-numbered sequels – 2010’s Brotherhood and 2011’s Revelations, both starring Ezio. Brotherhood is generally regarded as the better game, which coincidentally reflected Ezio’s own development as a character.

The events that transpired during Brotherhood saw Ezio rise to the rank of Grandmaster within the Assassin Order at the height of its power during the Renaissance era; Revelations took place during Ezio’s twilight years, at a point in time where he felt he was no longer as capable as he used to be.

Ironically, Revelations also provided us with far more questions than answers, contrary to its title. Who would’ve thought?

Conquest of the New World

The franchise would then leap forward several centuries in time to the American Revolution with 2012’s Assassin’s Creed III, throwing you into the shoes (moccasins?) of a Native American assassin – Ratonhnhaké:ton, more simply known as Connor Kenway. 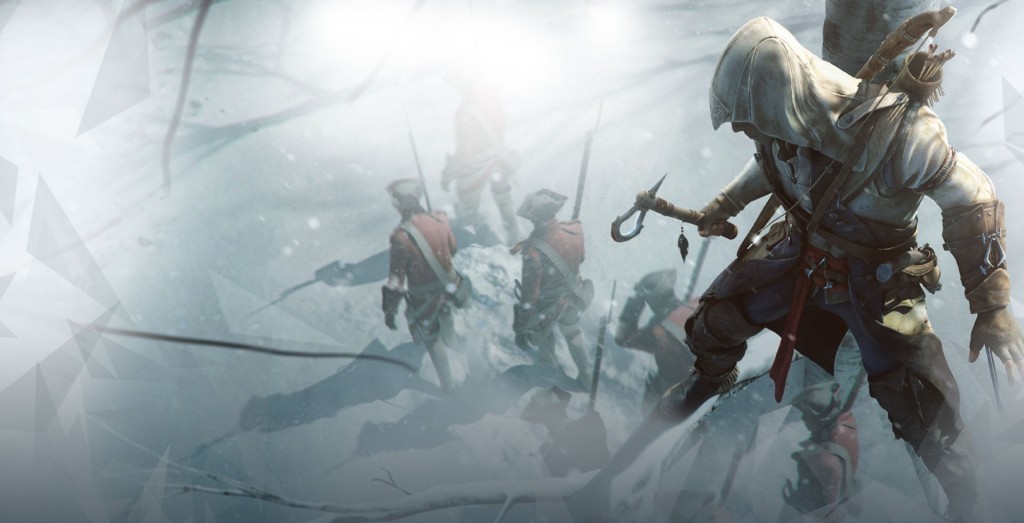 Hailed for its impressive naval combat sequences (developed right here in Singapore!) and fantastic depiction of the American frontier, Assassin’s Creed III was nonetheless hamstrung by its poor retelling of the events of the War of Independence, as well as its horrendous treatment of Desmond Miles, the “true” modern-day protagonist of the series.

The game also suffered from an excess of tedious gameplay elements, and Connor simply wasn’t the charming bastard that his predecessor was. With Ezio still fresh in gamers’ minds, Connor came across as nothing more than a whiny, petulant brat – yet another unlikeable protagonist whom fans had to put up with until the next game.

2013’s Assassin’s Creed IV: Black Flag would have the dubious honour of being the only numbered sequel in the series that also carried a subtitle. It is probably the most unique Assassin’s Creed game of all – since III’s naval combat was so well-received, Ubisoft decided to kick it up several notches and go “full pirate”, placing much greater emphasis on sailing and giving players the opportunity to explore the Caribbean by ship.

Acutely aware of how people felt about Connor, the developers went back to a tested-and-proven character archtype for Black Flag’s protagonist. Edward Kenway was English, charismatic, and (mostly) self-assured; in other words, a far cry from his sullen Mohawk grandson.

It worked. Black Flag enjoyed a level of critical success not seen since Assassin’s Creed II and Brotherhood, with many reviewers affirming it as an impressive debut of the franchise on the PlayStation 4 and Xbox One. Still, it straddled 2 generations of console hardware, and we would not see a true next-gen title until 2014’s Assassin’s Creed Unity.

Yes, I’d like to know how they came up with that name too.

As the first Assassin’s Creed title to be developed exclusively for next-gen platforms, expectations for Unity were sky-high – a fact that, unfortunately, did Ubisoft no favours when Unity turned out to be an unmitigated disaster. 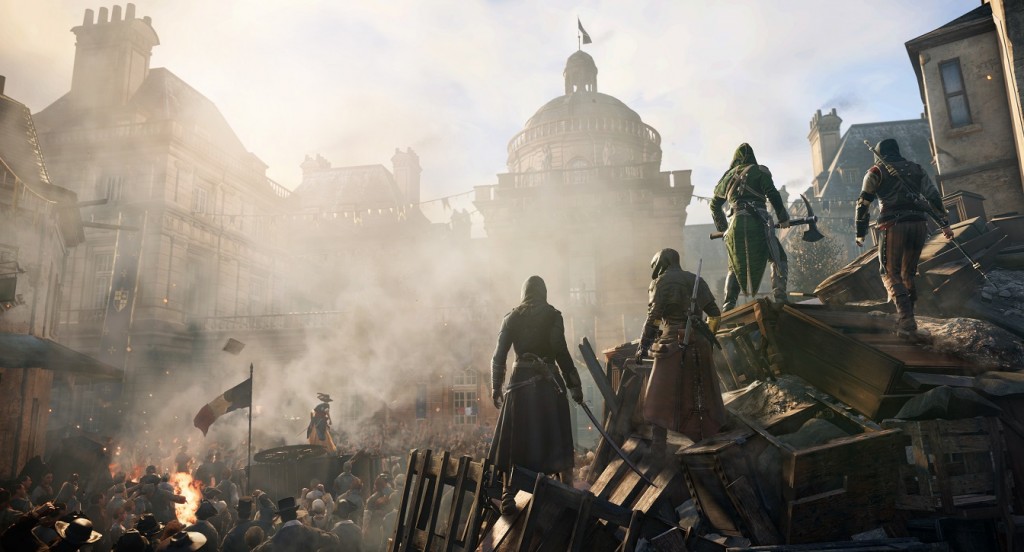 The gorgeously-rendered backdrop of Paris during the French Revolution and an upgraded AnvilNext engine did little to divert attention away from the numerous problems that plagued Assassin’s Creed Unity at launch. Players reported widespread technical issues with Unity, and the game was also blasted for its lackluster storyline and unpolished gameplay.

Perhaps the most succinct (and damning) way to put across my feelings about Assassin’s Creed Unity would be this: It felt like a massive step backwards from Black Flag, and reminded me of the very first game in the franchise – a fancy proof-of-concept with pretty visuals (when it works), sorely lacking in scope and quality content.

Unity’s last-gen counterpart, the equally-befuddlingly named Rogue, would not fare much better. While it did not suffer from as many technical problems as Unity, it played very similarly to Black Flag – perhaps too similarly. In many ways, Rogue felt more like an expansion pack to Black Flag than a full game in its own right. 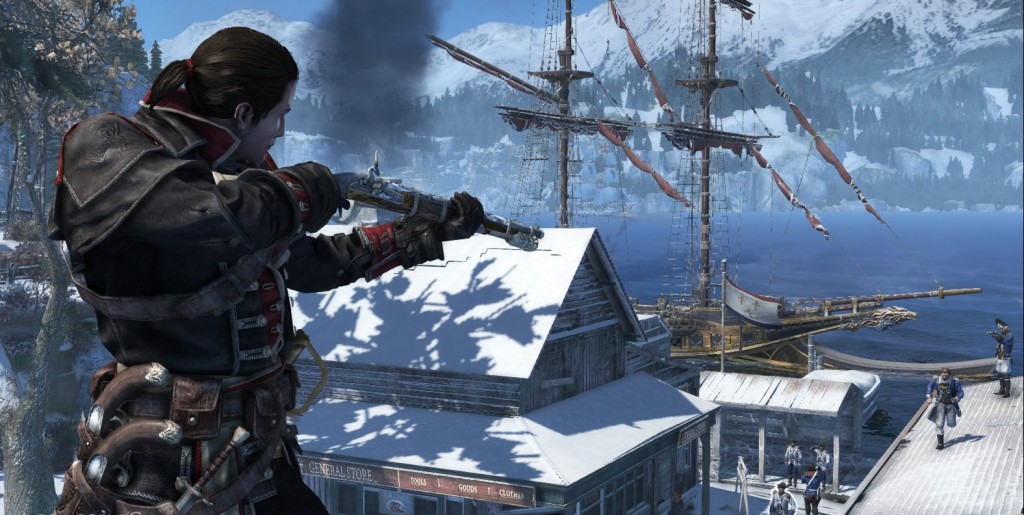 Other than that, there’s really not all that much more to say about Assassin’s Creed Rogue, which is a problem in itself if you think about it. Rogue is easily the most forgettable main entry in the franchise; literally everything about it screamed “by-the-numbers sequel”. Even Ubisoft’s own marketing efforts heavily favoured Unity, which really makes you wonder why they even bothered releasing Rogue in the first place.

Back to the Future

Ever since Assassin’s Creed III’s deeply unsatisfying conclusion, the writers have been hesitant to advance the modern-day plotline in any meaningful way – at least within the games. The contemporary struggle between the Assassins and Templars has seemingly come to a standstill, with no significant events taking place aside from some minor skirmishes. Story elements involving the mysterious First Civilization have also fallen by the wayside.

Theories abound as to why this is the case. Some say that series creator Patrice Désilets’ departure from the company threw the creative direction of the entire franchise into disarray; others are of the opinion that the developers had written themselves into a corner, and are having trouble taking the story forward. 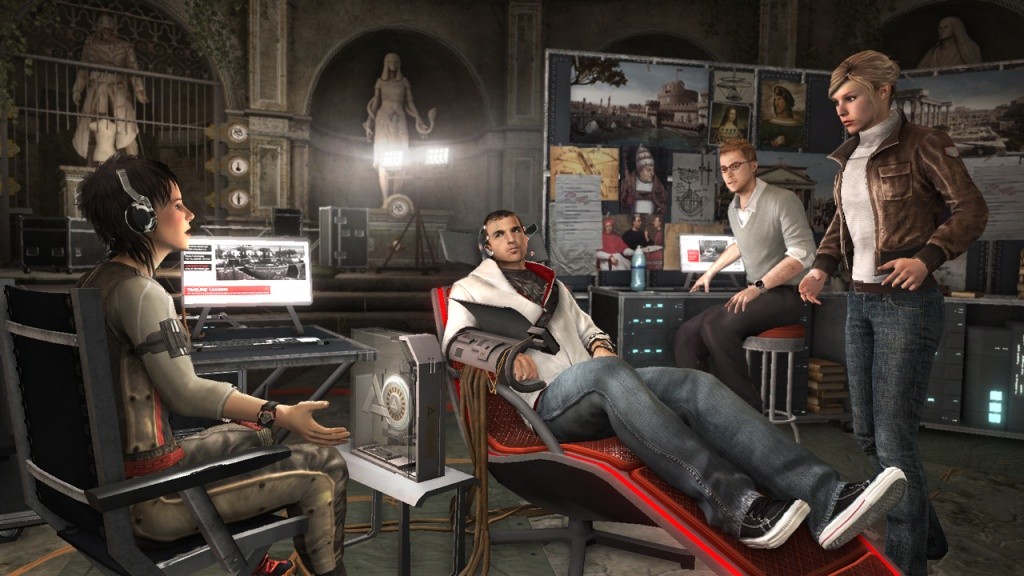 Of course, there are also those who believe that the higher-ups are deliberately keeping plot progression in limbo, in order to milk the franchise for as long as possible. Given the state of the video games business these days, it’s not an entirely implausible theory, though I’d like to believe this isn’t true.

Personally, I believe its a combination of factors that have led to this deadlock. Whatever the reason may be, the fact remains that Ubisoft has been stalling for 3 games, and whether or not they will continue to do so is still up in the air. Gamers aren’t exactly known for their patience, and we can only be strung along without any payoff for so long before throwing up our hands in frustration and calling it a day.

What Dreams May Come

Such has been my experience with Assassin’s Creed over the course of its 8-year lifespan. As mentioned above, I still consider myself a fan – albeit a very cautious one – but given Ubisoft’s recent track record, I’m finding it difficult to look forward to whatever they have in store for us.

Franchise fatigue aside, Ubisoft will have to pull out all the stops for Wednesday morning’s reveal to re-capture my attention like they did back in 2006. Call me cynical or jaded, but it’s going to take more than just a new historical setting (rumoured to be Victorian England) before I start showing genuine enthusiasm for a new Assassin’s Creed game.

Who knows – the reveal might be utterly mind-blowing and I could be eating my words a couple of days from now, with my faith in the franchise completely restored. A part of me certainly hopes that will be the case, but until it happens, I won’t be holding my breath.

Nothing is true. Everything is permitted. Your move, Ubisoft – impress me. 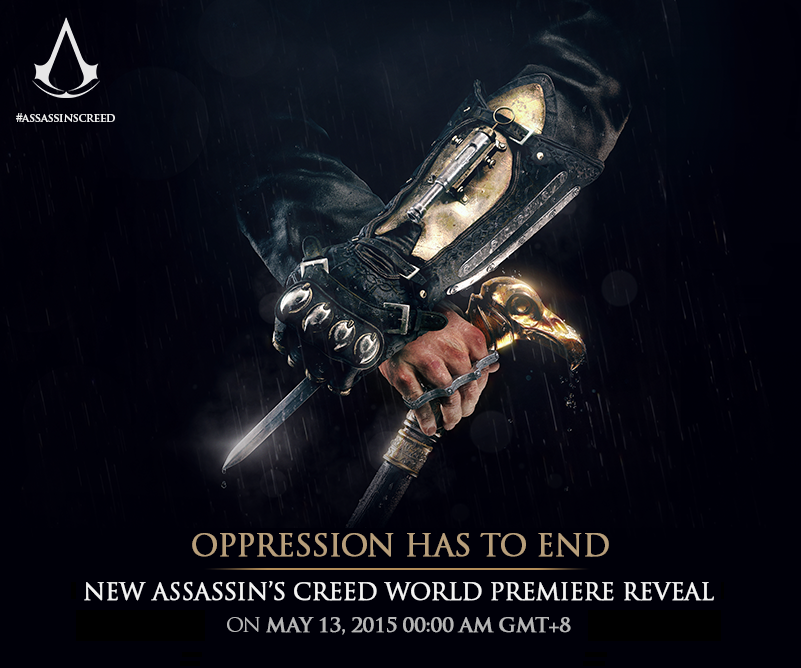 Project CARS set to release on 8 May in Southeast Asia