Welcome. Take a seat. We have a lot to get through. Portal Games have just announced a couple of new expansions, CMON have Night of the Living Dead and there is a sequel to Champions of Midgard! Let’s go!

Ah. Stronghold. The classic 2 player game of sieges. This new expansion is not actually new per se. You see, Stronghold: Undead is a re-balancing of the original Stronghold: Undead expansion for the second edition of Stronghold that can also be played as a standalone game. The expansion includes a new board with new paths to siege the castle, undead mechanisms, and more ways for both sides to secure their victory! 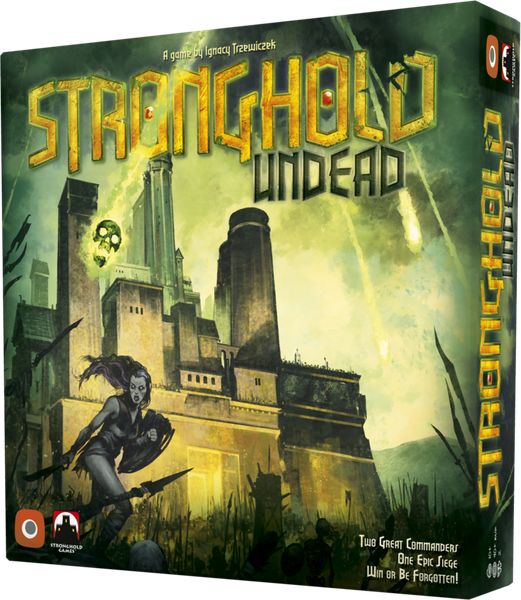 Portal Games had this to say about the expansion:

We are looking forward to this as Stronghold is a great 2 player game in its own right, albeit with some finicky and problematic rules but hey we can get through that. The only other downer is..the theme. Undead. Really? You had nothing else?

The first expansion to Detective: A Modern Crime Board Game will go back in time and head to the wonderful world of the 80’s. L.A 80’s. Oh yeah! The expansion must be played to this:

The expansion contains 3 brand new cases to be solved along with 5 new playable characters. Once again, let’s see what Portal Games had to say:

Travel to sunny California, and delve deep into the drug-filled Los Angeles of the 1980s. Experience being an L.A. detective, and realize that sometimes, like detective Foley from Beverly Hills Cop, you may need to stretch the laws a bit to suit your needs. Try some controversial methods to solve your case, all the while battling with the red tape of bureaucracy. Use all-new mechanisms of stakeout and observation to learn more about your suspects. The choices are yours, but are you willing to cross the line? 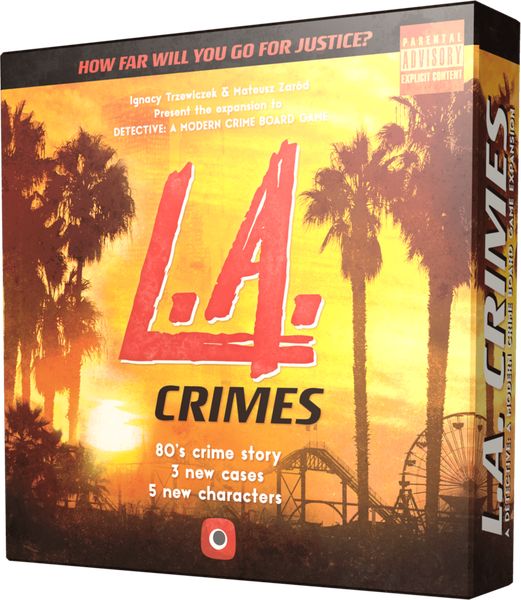 We tried Detective. We even bought it. We didn’t like. It just wasn’t that fun or that involving. But for those who did like it then this is a must buy and the new location and time period is actually pretty damn good!

Waterdeep: Dungeon of the Mad Mage

For those who love the D&D series of cooperative boardgames then you are in luck. The follow up to Tomb of Annihilation has been announced. We are currently playing through Tomb of Annihilation and while it’s all very samey in terms of what you can explore and encounter, it’s a lot of fun! Would we get this? Probably not. But anything to do with Waterdeep and we are intrigued…

In the city of Waterdeep rests a tavern called the Yawning Portal, named after the gaping pit in its common room. At the bottom of this crumbling shaft is a labyrinth dungeon known as Undermountain, the domain of the mad wizard Halaster Blackcloak, who has seeded his lair with monsters, traps, and mysteries.

As an adventurer in Waterdeep: Dungeon of the Mad Mage, you plan to explore Undermountain in search for treasure while navigating numerous traps and ominous monsters. 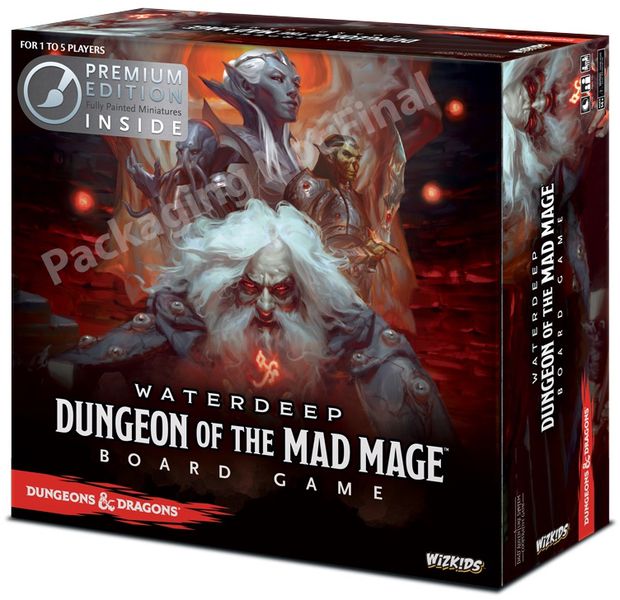 Following in the path of the other critically-acclaimed D&D board games, Waterdeep: Dungeon of the Mad Mage features multiple scenarios, challenging quests, and gameplay designed for a single player or a cooperative group of 2-5 players. The game features new environment and bane/boon cards, as well as the trap and spell decks that premiered in Tomb of Annihilation.

Waterdeep: Dungeon of the Mad Mage can also be combined with the other D&D Adventure System co-operative play board games, including Tomb of Annihilation, Temple of Elemental Evil, The Legend of Drizzt, Castle Ravenloft, and Wrath of Ashardalon.

Night of the Living Dead

Yes! A board game based on the classic George A. Romero film. Who wouldn’t want that!? Well, we are a little disappointed as it should have been Dawn on the Dead instead. But maybe they will get around to it after this one. Anyway, CMON will be releasing this in 2019. Nothing much is known on how it will play, but with the subtitle ‘A Zombicide Game’ we are pretty sure on what to expect. Let’s just hope they use Zombicide: The Black Plague as the basis. 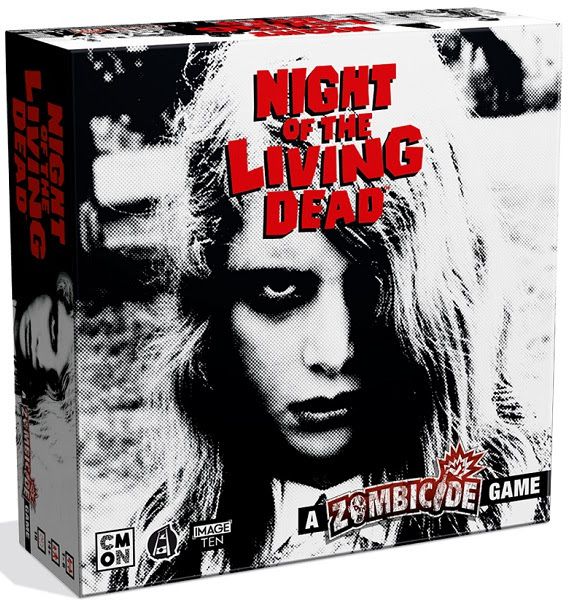 The second expansion for Spirit Island is due towards the end of 2019. We love Spirit Island here and to be honest we haven’t played enough of it. Criminal! We don;y have a lot of details but it seems to be more of the same which is not a bad thing! Content listing for the publisher: 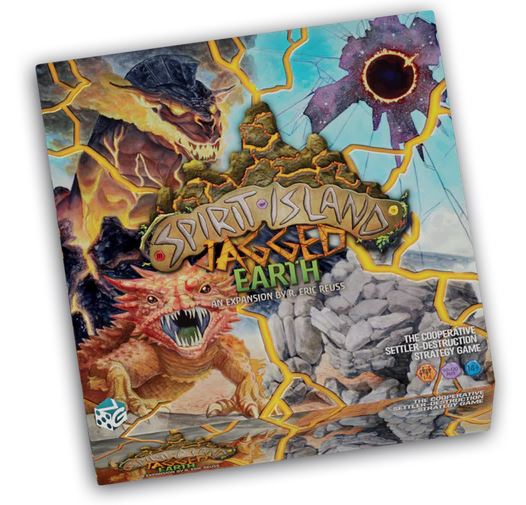 This weeks Kickstarter spotlight is the sequel to one of our favourite games ever, Champions of Midgard. Yes, Reavers of Midgard is on Kickstarter right now. It’s already fully funded so need to worry. If you want to go pledge you can do so right here.

Reavers of Midgard is a single worker placement game with elements of set collection, dice combat and engine building set in the Champions of Midgard universe.

In Champions of Midgard, your quest was to become Jarl. You battled back the trolls, draugr and some of the epic monsters that once threatened the sanctity of your humble port town. Now it’s time to go on the offensive. 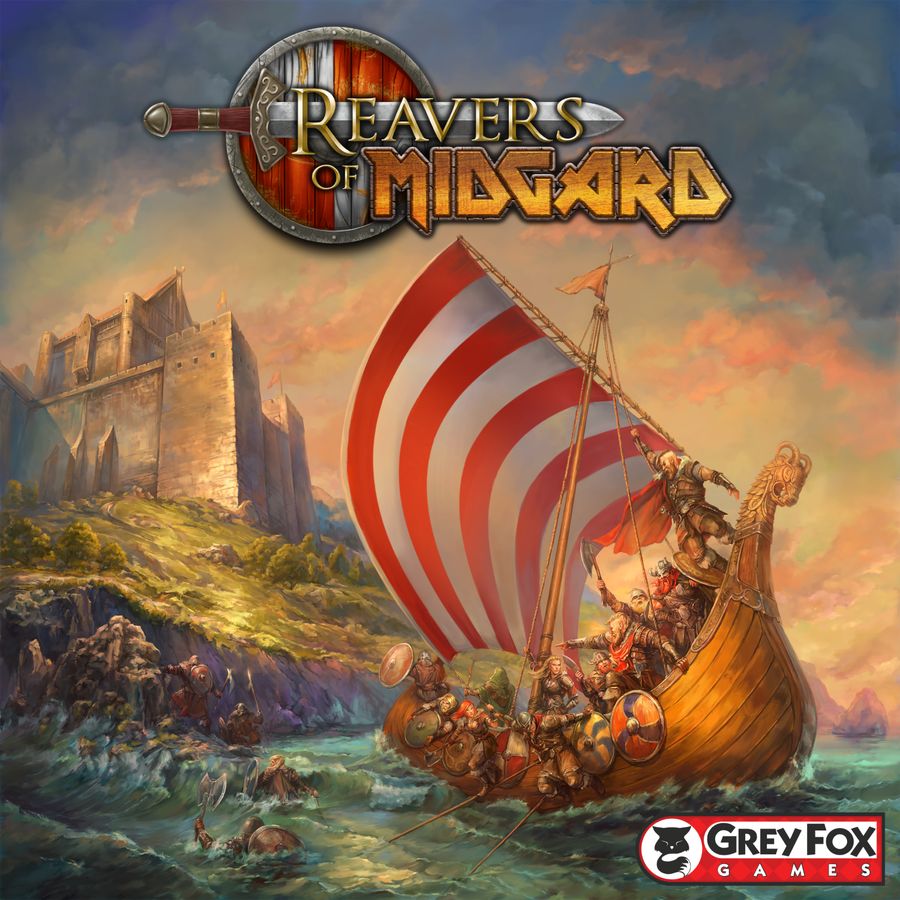 In Reavers of Midgard, you’ll be looking to gain glory by raiding nearby villages for their riches, sacking well-fortified castles and battling both man and monster on the open seas. You’ll not only need to take your rowdy crew of Vikings and the food needed to keep them happy along for the ride but you’ll also have to recruit a crew of elite warriors – the Reavers.

Reavers can be used in three different ways. They can be made your ship’s leader, earning you a one-time bonus and enabling your warriors to be more versatile in combat. They can also be used to rally more warriors to your cause, filling your ship to the brim with the right fighters for the right situations. Finally, they can also be used to help your crew specialize, earning you a bonus every time your crew sails into battle.

Whoever can earn the most glory after six rounds will be the winner.

We absolutely cannot wait for this. June 2019. Come quicker please!

Until next week! Have a great weekend!