The year-end is in sight! Just a few weeks left but the game news is still rolling along, never-ending… 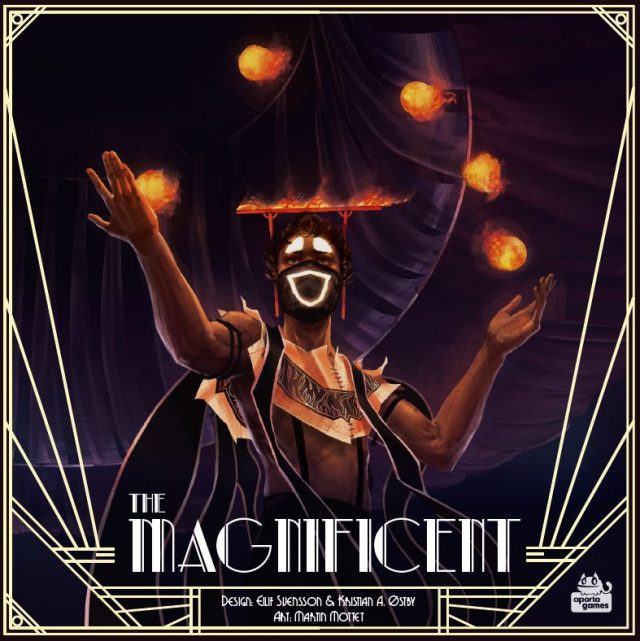 Ever wanted to be an entertainer and put on wild and wonderful shows? Well now is your chance!

In the game, players are competing to attract the largest audiences to their shows, featuring magnificent performers. In the process, you must expand your camp by placing Tetris-style tiles on your player board, gather elements needed for the shows, and set up performances in your tents.

On your turn, you take one die from the supply. The value of the chosen die is your strength. Add to this the value of all dice of the same colour that you have already collected, then use this strength to carry out one of three main actions: build, travel or perform. The more strength you have, the better the action will be, but at the end of the round, you must pay — in coins — the total of your highest-valued dice colour. Thus, taking dice of the same colour makes for better actions, but will cost more coins.

After each player has taken four turns, the round ends. Each player must discard one of their ringmaster cards and score points according to its requirements. After three rounds, the game ends, and the player who has collected the most points wins.

This game looks beautiful. A mass-market release is coming in 2020 but a limited number of copies are in the wild right now! 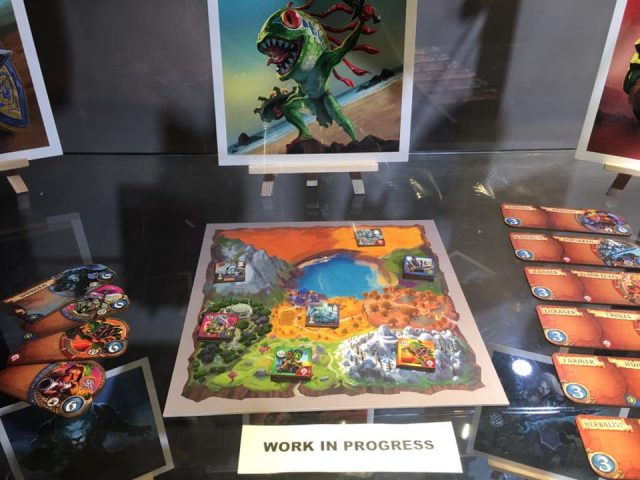 It’s not often a board game gets announced at BlizzCon but here we are. There is a new Small World game incoming and it is bringing the World of Warcraft license with it! Very, very interesting. 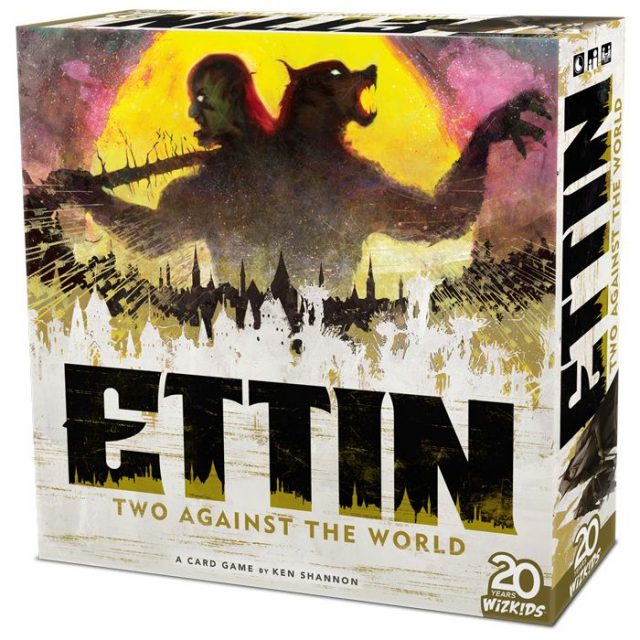 WizKids has been putting some interesting stuff out recently and it looks like 2020 will be the same for them. A huge box full of cards and plays 2-8 players? Intrigued!

Ettin is a 2-8 player card drafting game where teams of 2 compete against each other in fierce skirmishes and fast global conflicts.

2 vs 2 vs 2 vs 2… and more! You and one ally each lead a fantasy nation through fast-paced wars. Your alliance shares strategies, defences, and resources as you face off against neighbouring enemies. You can even expand to 16+ players with multiple copies!

The box features 8 unique nations and each has a different focus and playstyle, designed to be a formidable opponent or a reliable friend. 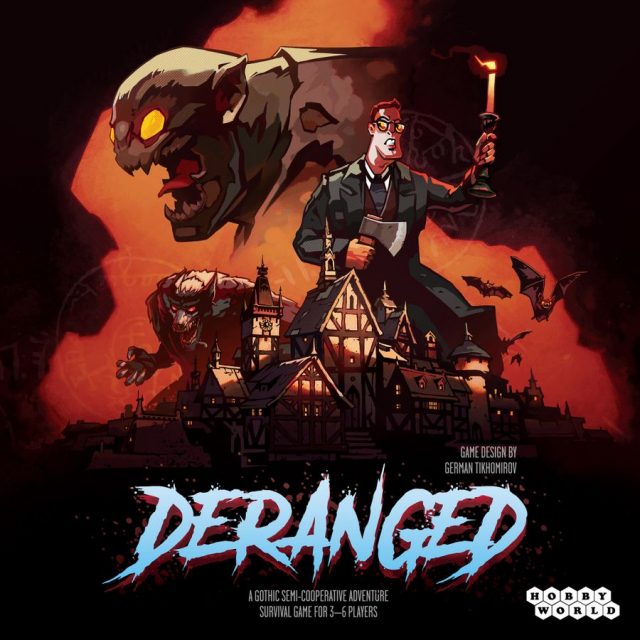 Nice art. Nice tagline. ‘A Gothic Semi-Cooperative Adventure Survival Game’. As soon as we read that we knew we were in for this one.

Players must survive in a city for three days and nights, leaving this city uncursed as a human being in order to win. The game is scenario-driven, and you never know when a player — or which player — will turn into a monster (the deranged of the title). The only way to turn back into a human is to kill another player. There is no player elimination, but each death increases the level of doom, with the player receiving a curse or with other bad stuff possibly happening to the group as a whole. You might have better odds of surviving Deranged if you form temporary alliances, but good luck keeping those in place when you might have to kill one another…

Deranged includes deck-building elements, and each player has their own hidden objective. The game board is modular, and the game includes miniatures to represent the players, both as humans and as members of the deranged.

That’s it for this week.