It’s the end of the week. Time to stretch those legs, grab a drink and take a minute to see what’s happening in the world of tabletop gaming.

Great news for this lovely game from Jonathan Ying. After selling out and heading to Kickstarter for a second run, they have been picked up by  a major publisher. Renegade Games will release this to mass market in January 2019. Bargain Quest turns the usual adventure game type on its head as it see players being the shopkeepers rather than the mighty heroes. Players will draft items and then secretly choose which items to place in their windows to attract wealthy heroes to their shops. Capitalism at its best! 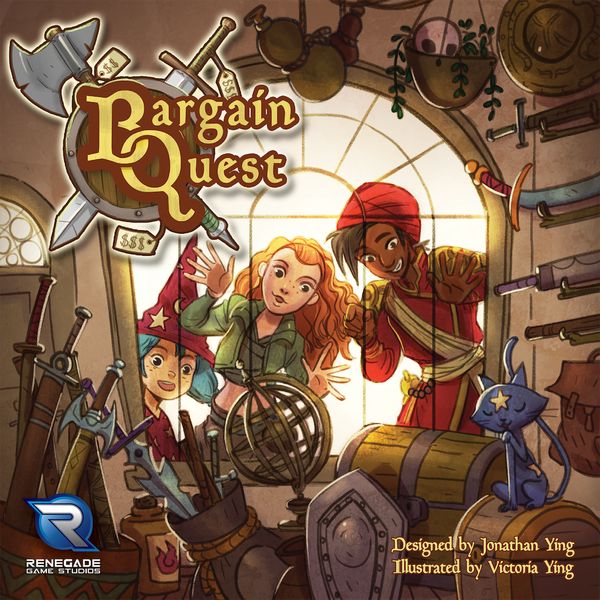 The game is a competitive tile-drafting game in which each tile is a room in a castle. You work together with the player on your left to design one castle, and with the player on your right on another castle. On each turn you select two tiles from your hand, reveal them, then work with your partners to place them. To win, you have to share your attention and your devotion between two castles and make sure you are not helping another player win! Sounds interesting. Plays 3 to 7 people. 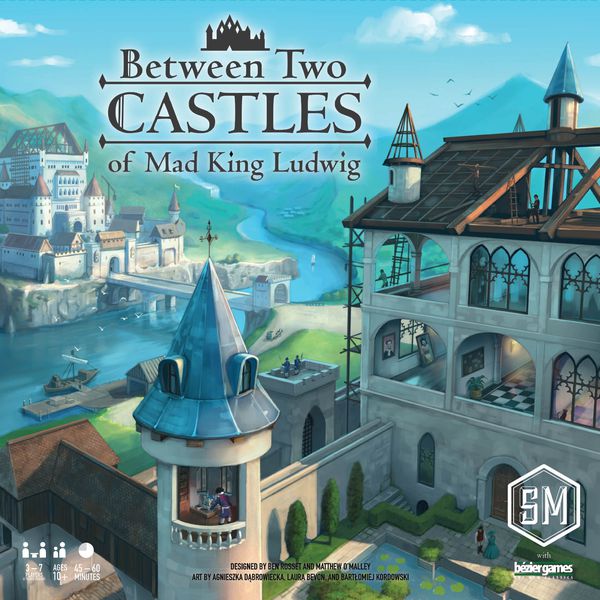 The box art for this game is beautiful. But you can never judge a game by its cover right?

Several millennia ago, the tiny planet Solenia lost its day-and-night cycle: Its northern hemisphere is forever plunged into darkness, and its southern hemisphere is eternally bathed in sunlight. Your mission is to carry on your ancestors’ honorable task of traveling the world to deliver essential goods to the inhabitants of both hemispheres. While the Day people want you to deliver the rarest gems and stones, the Night people sorely need wood and wheat to survive. Be efficient and outpace your opponents to collect the most gold stars by the end of the game! 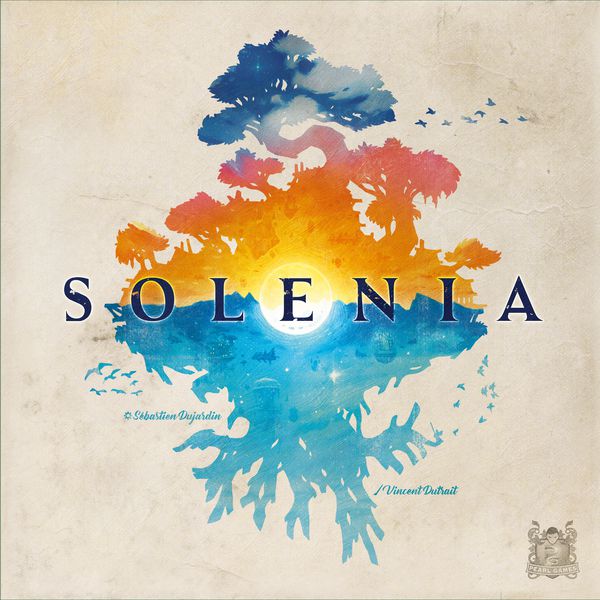 How does it play? Straight from the mouth of the designer:

“A game of Solenia plays out over 16 rounds, and in each round, each player plays one card from their hand onto an empty space of the 5×5 game board. You can play the card on either:

You must play your card adjacent to the airship in the center of the playing area or adjacent to another card of yours already played. When someone plays a 0 card, the airship advances one space, then at the end of your turn, you remove the back edge of the board, give players resources based on the cards they have on this strip of the playing area, flip the strip over (turning night to day or dawn to dusk or vice versa), and place it on the other side of the game board.

The game ends when each player has played all 16 of their cards. The player with the most gold stars wins!”

Horizon: Zero Dawn – The Board Game

This weeks Kickstarter is from Steamforged Games. The studio that takes great IP’s and turns them into mediocre board games. Hopefully they will do right by this one. From the Kickstarter page:

Assigned a dangerous quarry by the Hunter’s Lodge, players choose a tribe and class for their hunter and embark on an adventure through the wilds. A variety of machines and unexpected events lurk along the way, and awaiting them at the end of the trail is a lethal boss fight.

Combining innovative and dynamic game mechanics with strategic deck building, Horizon Zero Dawn™: The Board Game offers players a unique experience on each playthrough. Hunters can develop along several skill paths and purchase a wide variety of ammunition and equipment from merchants, as well as facing entirely different encounters each time.

It looks nice. It looks expensive. It is expensive! If money is no object then you can get your pledge in here. Only a few hours to go. Expected delivery. 2020.

That’s all for this week. See you all at the next one.