It’s mid-week already. Only a few days until the weekend. That can only mean one thing. Boardgames! Today we have a few snippets of news and a fantastic Kickstarter! Go! 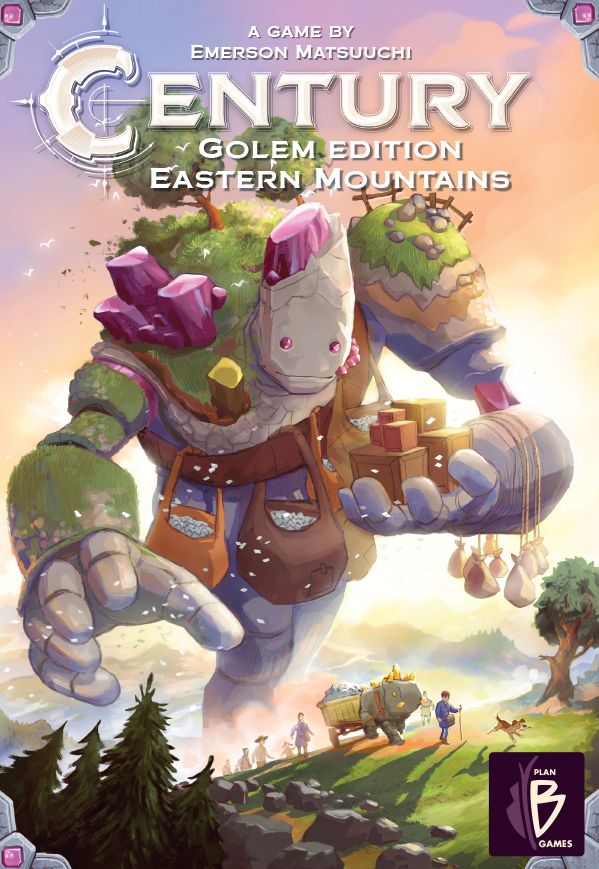 This has been a long time coming! In fact, it wasn’t meant to be a thing at all. Fan pressure on the publisher has changed that. When Century: Spice Road was released a special Golem edition was also released. It was made clear that the other two games in the trilogy wouldn’t get a special Golem edition. But here we are and it looks great!

Return to Carvania in the follow-up to Century: Golem Edition.

In Century: Golem Edition – Eastern Mountains, players resume their roles as crystal traders and are now out exploring the Carvania mountain ranges and associated valleys seeking to establish a trade network.

Let’s hope the third part gets the same treatment. 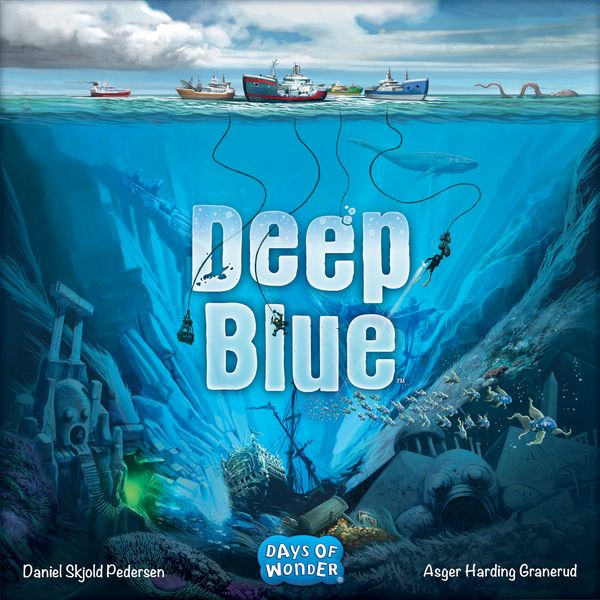 Days of Wonder are an interesting publisher. Rather than releasing a ton of stuff each year they just concentrate one major release. 2019 sees the release of Deep Blue. A fantastic looking game set in the…err…the Deep Blue?

Buying this fabled map was a stroke of genius. The most ancient, legendary, and extravagant underwater wrecks are waiting for divers. Diving suits and oxygen tanks are aboard, and the ship is ready to weigh anchor. There’s no time to lose! The increased hustle and bustle of the harbour, with ship captains attempting to hire the best divers and historians, can mean only one thing: Other captains have the same map, and the biggest treasure hunt of all time is about to begin!

Deep Blue is a press-your-luck and engine-building game in which players dive for wealth and may join and benefit from other player’s diving fortunes. In this game, players have to collect the right crew of divers, sailors, and archaeologists, race to wreck sites to claim the best spots to dive from, and scout the seas to discover new wrecks. Players have to take risks if they want to be the most wealthy diver!

We are pretty interested in this one. Last years release, The River was a little too light but this seems to have some substance to it and the artwork is amazing! 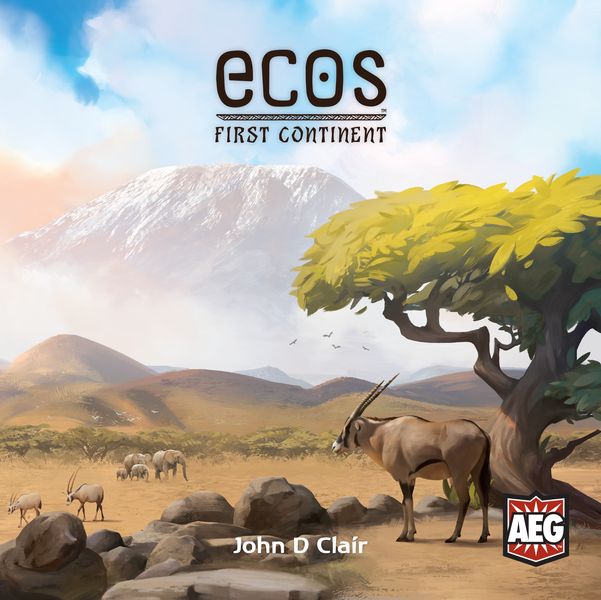 Tile placement games. Not a genre we are truly into but this looks good. A tile laying world building game? Count us in!

What if the formation of Earth had gone differently?

In Ecos: First Continent, players are forces of nature moulding the planet, but with competing visions of its grandeur. You have the chance to create a part of the world, similar but different to the one we know. Which landscapes, habitats, and species thrive will be up to you.

Gameplay in Ecos is simultaneous. Each round, one player reveals element tokens from the element bag, giving all players the opportunity to complete a card from their tableau and shape the continent to their own purpose. Elements that cannot be used can be converted into energy cubes or additional cards in hand or they can be added to your tableau to give you greater options as the game evolves.

Mountain ranges, jungle, rivers, seas, islands and savanna, each with their own fauna, all lie within the scope of the players’ options. 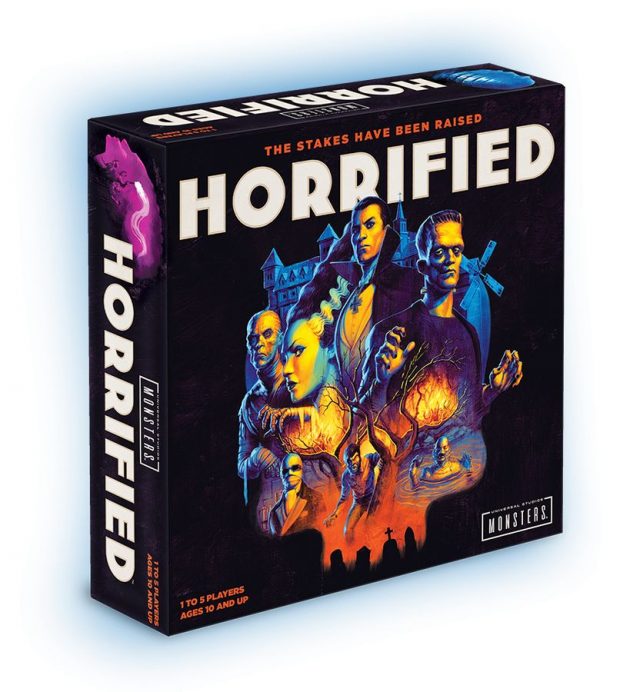 A co-op game set in the world of Dracula, Frankenstein, Wolfman, The Invisible Man and more?! Want!

The stakes have been raised. Imagine living in a place so wretched that it’s not plagued by one, two, or even three monsters — but seven of the most horrifying fiends!

In this game, you’ll come face to face with them all as you work together to rid the town of the maniacal or misunderstood creatures…before it’s too late.

Horrified includes high-quality sculpted miniatures (Frankenstein, The Bride of Frankenstein, The Wolf Man, Dracula, The Mummy, The Invisible Man, Creature from the Black Lagoon). Its innovative, easy-to-learn, cooperative gameplay has players working together against the monsters with varying levels of difficulty. Just as each monster is unique, they require different strategies and tactics to be defeated.

We need to see more of this before we give a judgment but the theme is off the charts. 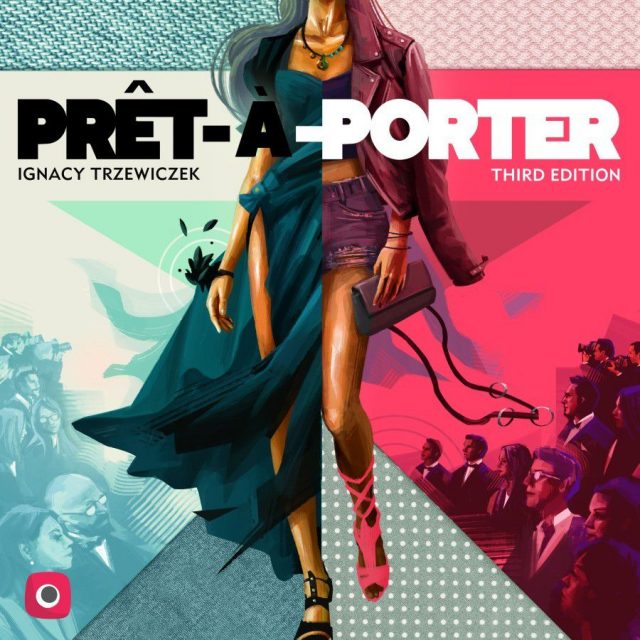 This weeks Kickstarter is a must. Pret-a-Porter. Portal Games have decided to go the Kickstarter route for this one as they weren’t sure on the success of a normal retail campaign. So how’s it going? Funded on the first day. You can go HERE to check it out!

Pret-a-Porter is an economic strategy game set in a world of fashion. Players run clothes companies and fight for dominance during fashion shows. It is – perhaps – one of the cruellest and ruthless boardgames out there. Money can be a dangerous weapon.

During the game players open new branches and outlets, hire new workers and try to gain new capabilities. New Design Agencies, Brand stores or Preparation rooms are opened. Accountants, Models and Designers can also be hired along with lucrative contracts that allow for short-term profits and expand the company’s competencies.

Each quarter a fashion show is held – each player has to prepare a collection of clothing and show it at the event. The public, media, experts estimate collections in four categories and award prizes and diplomas. The more awards (represented by ‘stars’ in the game) will be collected at the show, the more money the players earn for selling their collection!

Will you get the award for best Trends? Will you manage to be the best in Public Relations and get the Media award? Will you earn more ‘stars’ than your opponent?

That is why during shows you will kill for every single ‘star’. Welcome to the hell…

A brutal boardgame and also a classic. We can’t wait.