Did you all play a copious amount of games over the Chinese New Year? We did! We hope you did too! Fantasy Flight Games are on a roll these past few weeks with a new game after new game being announced. So let’s get started with them…

Ever wanted to be a Mercenary or Bounty Huner? Now is your chance! A new Star Wars game from Fantasy Flight is always something to look forward too especially when its something very different from what they have done before.

In Outer Rim, players take on the roles of outlaws on the fringes of society and set out to make their mark on the galaxy. You’ll travel the Outer Rim in your personal ship, hire legendary Star Wars characters to join your crew, and vie to cement your place in the legends of the Star Wars galaxy! Do you have what it takes to survive the dangers of the Outer Rim while building your own legacy?

The game mechanics look pretty simple but with a 2 to 3 hour game time, it looks as if it’s going to be pretty deep.

The goal of Outer Rim is to be the first player to ten fame, but the path to notoriety can be different for every scoundrel. Some will spend their time crossing paths with the various factions patrolling the Outer Rim, others will track down iconic Star Wars characters dead or alive for bounties, still more will make their fortune delivering illegal cargo, dodging patrols and encounters as they make their way across the galaxy.

A game of Outer Rim takes place over a series of turns that are each split into three steps.

Turns continue until one player reaches ten fame, at which point they become a living legend and win the game!

Colour us intrigued! We are very much interested in this game! Yes, it’s the usual Fantasy Flight fare. Lot’s of card decks and dice. But at least it’s something different from them in terms of using the Star Wars IP. Plus, we can see a ton of expansions coming for this a mile off. 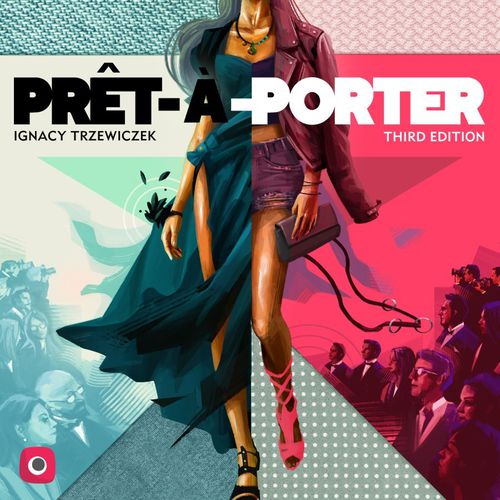 Portal Games have finally announced a third edition of this fantastic game! Much requested from fans, Portal Games has in the past teased at a reprint but with a different theme. Thank the fashion gods as the original theme remains!

Prêt-à-Porter is an economic strategy game set in a world of fashion. Players run clothes companies and fight for dominance during fashion shows. It is – perhaps – one of the most cruel and ruthless games out there. Money can be a dangerous weapon.

Each quarter held fashion shows – each player has to prepare a collection of clothing and has to show it on the show. The public, media, experts estimate collections in four categories and award prizes and diplomas. The more awards (represented by ‘stars’ in the game) will be collected at the show, the more money the players earn for selling their collection!

Will you get an award for best Trends? Will you manage to be the best in Public Relations and get the Media award? Will you earn more ‘stars’ than your opponent? 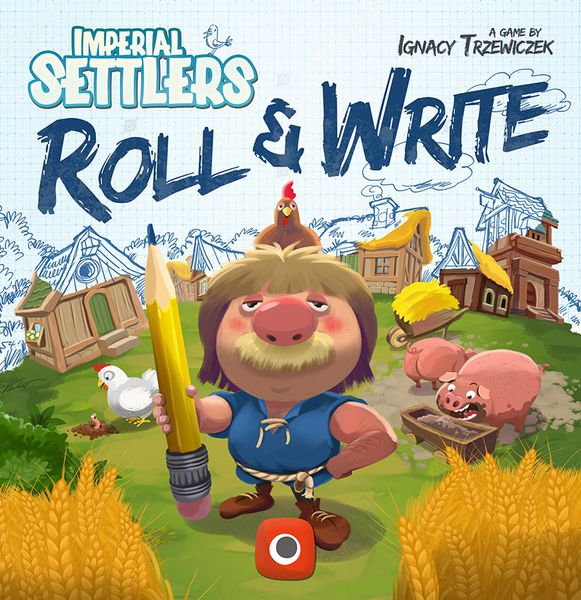 Sticking with Portal Games, Imperial Settlers is a getting a Roll & Write edition. Interesting but the whole Roll & Write genre we are not too sure of. Fun? *shrugs shoulders*

Imperial Settlers: Roll & Write is a standalone game set in the universe of Imperial Settlers and Imperial Settlers: Empires of the North. The game is heavily focused on engine building! Constructing buildings grants you a special bonus, and with each passing turn the game offers you more choices as your empire gains momentum.

Sounds interesting though. we might give it a shot if we see it being demoed anywhere. 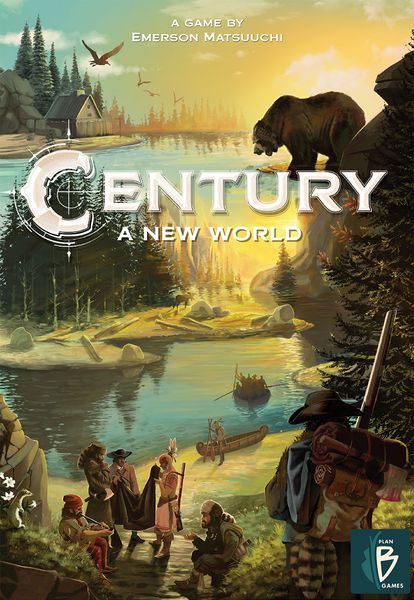 Plan B games have finally announced the third and final game in the Century trilogy of games. We didn’t like the first one but the second one was great! Hopefully, this will be just as good.

Century: A New World sends players to the Americas at the dawn of the 16th century. Braving the wilderness, players are forced to explore new lands, trade with local inhabitants, journal their findings, and hunt/gather to survive! The game integrates the compelling and incredibly fun resource trading mechanisms found in the Century series with a worker placement mechanism with a twist!

Century: A New World may be combined with Century: Spice Road or Century: Eastern Wonders or both for all new mixable games.

Let’s see what the game is like when all three games are combined! 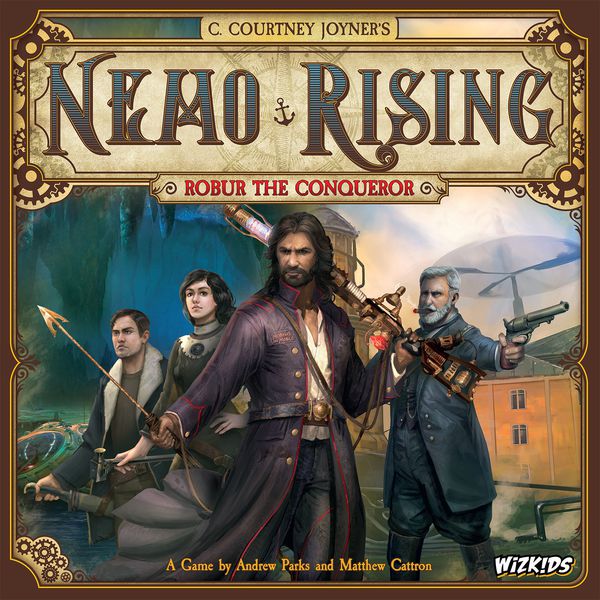 WizKids has a hefty lineup for 2019 already and they have just announced a few more titles with Nemo Rising looking pretty decent!

Nemo Rising: Robur the Conqueror is a co-operative board game that follows the new adventures of Captain Nemo and the crew of the Nautilus, as reintroduced by C. Courtney Joyner in his novel, Nemo Rising. The game allows 1-4 players to assume the roles of the protagonists of the series — Captain Nemo, Sara Duncan, Adam Fulmer, or Ulysses S. Grant — as they explore new worlds, overcome dangerous obstacles, and complete challenging missions.

As you and your fellow players work together, you can choose to explore one of two scenarios. The first scenario is the Undersea Grotto, in which you must venture outside the Nautilus to gather supplies while avoiding sea hydras, deep sea scavengers, and the mechanical Kraken. The second scenario is the majestic City in the Sky, in which you must thwart Robur the Conqueror and his army of foot soldiers, war dogs, and steam-powered creations. Special action cards and customized dice allow you to attempt dangerous tasks and overcome powerful enemies in order to save the world.

That’s it for this week!