With all the news coming out of E3 at the moment, we can’t just ignore what is happening in the world of tabletop! Let’s get cracking! 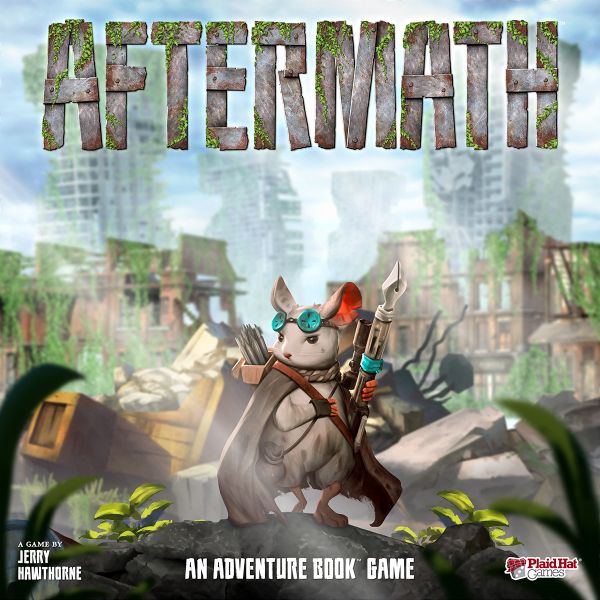 Plaid Hat Games continues their successful Adventure Book series with a spiritual followup to Mice and Mystics. We haven’t really got into these games yet but we did have a go at Comanauts and we came away pretty impressed.

Aftermath is an Adventure Book Game in which players take on the role of small critters struggling to survive and thrive in a big, dangerous world. Humans have mysteriously vanished, and the remnants of civilization are quickly being reclaimed by nature and the animals who still remain.

In the game, you play as a misfit band of critters known by their colony as “providers”. There’s the guinea pig with anger issues, a hamster that talks fast and drives faster, a small mouse with keen eyes and a lot to prove, and a mysterious vole who’s borderline feral. These characters each have their own personalities, play-styles, and personal goals.

You’ll leave the safety of your colony and venture out into the abandoned world on one of 20+ story-driven missions and side missions. Scavenge the ruins of mankind in search of food and supplies for your colony, but beware — the world is filled with bandits and predators, and you must fight or flee to stay alive.

Return to your colony with resources and information that will help your friends and family survive. Grow your colony and keep it safe by building structures and improvements with the spoils of your adventures, but plan accordingly, for the colony will face hardship each time you leave it… 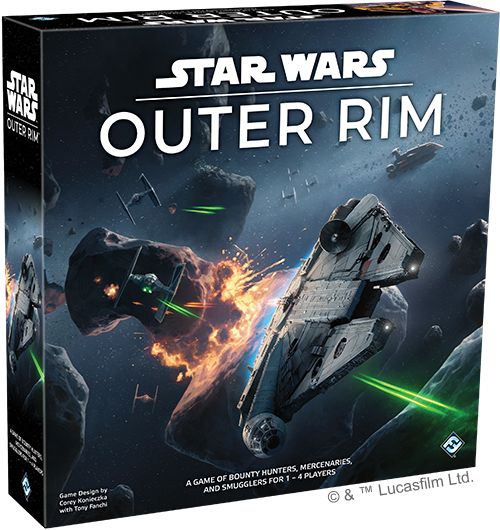 As you read this, Star Wars: Outer Rim will have hit store shelves already. If you are looking for a small slice of trading and bounty hunting chaos then this is the game for you. As with Fantasy Flight Games, this will need a lot of new cards down the road to keep it fresh and appealing. Expansions are incoming for sure!

Take to the stars and become a living legend in Star Wars: Outer Rim, a game of bounty hunters, mercenaries, and smugglers for 1-4 players!

In Outer Rim, you take on the role of an underworld denizen, setting out to make your mark on the galaxy. You’ll travel the outer rim in your personal ship, hire legendary Star Wars characters to join your crew, and try to become the most famous (or infamous) outlaw in the galaxy!

But it won’t be easy since the warring factions of the galaxy roam the outer rim, hunting down the scum that have proven to be a thorn in their side, and other scoundrels looking to make their mark see you as the perfect target to bring down to bolster their own reputation. Do you have what it takes to survive in the outer rim and become a living legend? 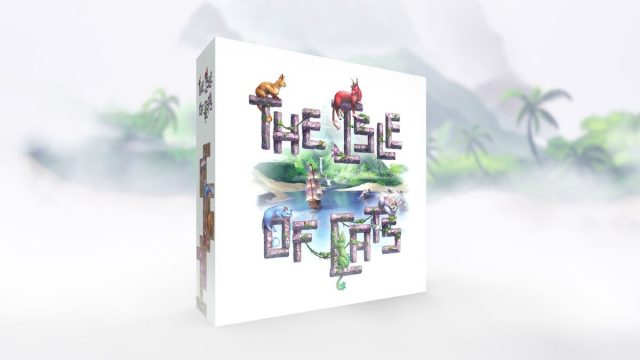 Cats! The best thing ever. After beer that is. This looks great. Enough said.

The Isle of Cats is a competitive, medium-weight, card-drafting, polyomino cat-placement board game for 1-4 players (6 with expansions).

You are citizens of Squalls End on a rescue mission to The Isle of Cats and must rescue as many cats as possible before the evil Lord Vesh arrives. Each cat is represented by a unique tile and belongs to a family, you must find a way to make them all fit on your boat while keeping families together.

You will also need to manage resources as you:

Each lesson you collect will give you another personal way of scoring points, and there are over 40 unique lessons available.

Complete lessons, fill your boat and keep cat families together to score points, the winner will be the player with the most points after 5 rounds. 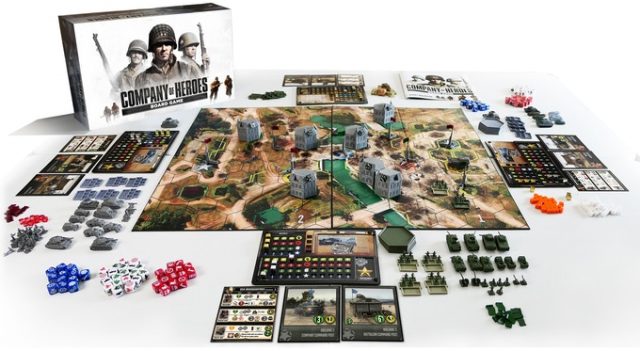 This weeks Kickstarter is based on a beloved PC franchise! Company of Heroes! Yowza! You can go HERE to check out the campaign and back it if you so please.

A board game ‘port’ that attempts to capture the strategy, choices and fun of the beloved video games. Players manoeuvre units from one of four factions to secure resource points, grow their economy, unlock buildings and purchase and upgrade new units. Player’s eventually unleash their team’s powerful end game forces to help secure enough victory points or annihilate the enemy base buildings to win.

From the fog of war, utilizing cover and buildings, flanking armour, spotting, combining multi-unit tactics, veteran upgrades, deciding what units to purchase and what buildings to unlock; this project distils many elements we fans love about Company of Heroes into a streamlined board game experience.

This is looking great but you need to go all in and back the top tier level to get the best out of it. We presume there will be a plethora of expansions coming too, so it will get expensive.

That’s it for this week.