We’re back from our little GenCon adventure and it’s time to catch up on all the news that hit since we got back. There are a couple of big titles of note, with another interesting release from Fantasy Flight Games. Let’s get into it.

A little strange that Fantasy Flight decided NOT to announce this at GenCon but here we are. After the announcement of Keyforge, a game where every single deck in existence is different (yes they have some super computer doing all the math!) and published under a new brand called ‘Unique Game’, Fantasy Flight had a hold my beer moment with themselves and decided that they will release and entire boardgame that is unique. Let that sink in. Every single copy is different. 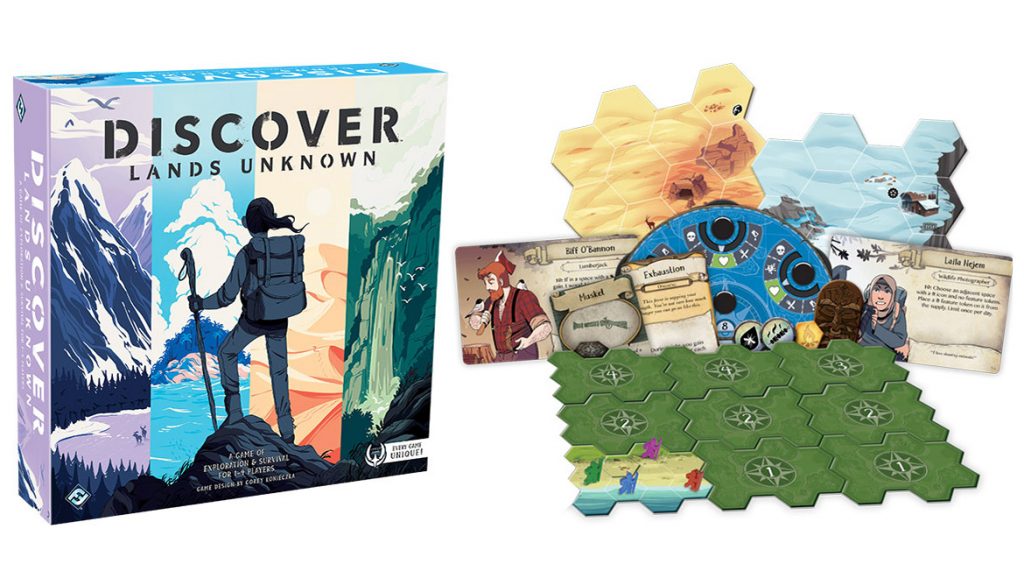 So what’s the deal? How does it play? What’s it about? Here’s a quick soundbite from Fantasy Flight themselves:

Whether you’re playing by yourself or with up to four players, your ultimate goal in Discover: Lands Unknown is to survive—but your adventure holds many of its own secrets. As a Unique Game, every copy of Discover: Lands Unknown is unlike any other in the world. The unique mix of environments, characters, storylines, items, and enemies in each copy of Discover means that your own adventures will play out very differently than your friend’s copy of the game. No matter where you find yourself, you’ll need to survive and uncover the reasons why you’ve awoken, trapped in the wilderness. Whether survival means cooperation or competition is completely up to you!

Now this sound all good proper but we have a nagging feeling that to get replayability from this game you will need to buy multiple copies of the game. Or hope your friends have a copy. Or that your friends buy you more copies. Whichever.

You can get more info here.

Oh my. Who doesn’t like some Dune? Everytime Dune is mentioned the first thing to come to mind is this:

Yes, Sting. Woefully miscast and forced to wear a dubious codpiece. Anyway, let’s not get distracted.

Not much is known about the game but we do know it’s been developed by Gale Force Nine, the peeps behind the fantastic Star Trek: Ascendancy and that it will cover all the books and the new film being prepped by Denis Villeneuve. What kind of game will it be? Miniature warfare? Story driven card game? We will have to wait. Expected release? 2020.

Power Rangers: Heroes of the Grid

Jonathan Ying. What a great designer. Imperial Assault. Bargain Quest. What more could you want? POWER RANGERS! Renegade Games are currently holding a Kickstarter to get this bad boy out the door.

Power Rangers: Heroes of the Grid is a co-operative board game for 2-5 players that challenges your team to save Angel Grove from Rita Repulsa’s evil army of monsters. Work together to fight off the incoming horde while building up your strength to protect the city from the most dangerous monsters in the universe! Prepare for your destiny. It’s Morphin Time! 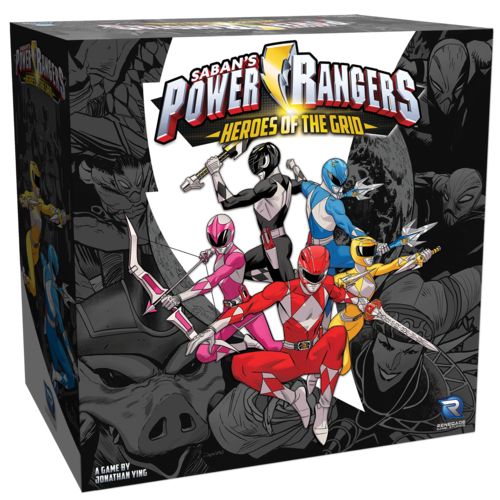 Sounds good. That all in US$240 pledge not so much.

We finish the update with a game hidden in the depths of Kickstarter. Where all games seem to live or die nowadays. Ladies and Gentlemen. Rap Godz. Just look at it. We are both equally impressed and confused by the whole thing! Will it work? Who knows! Who cares! Look at this thing. 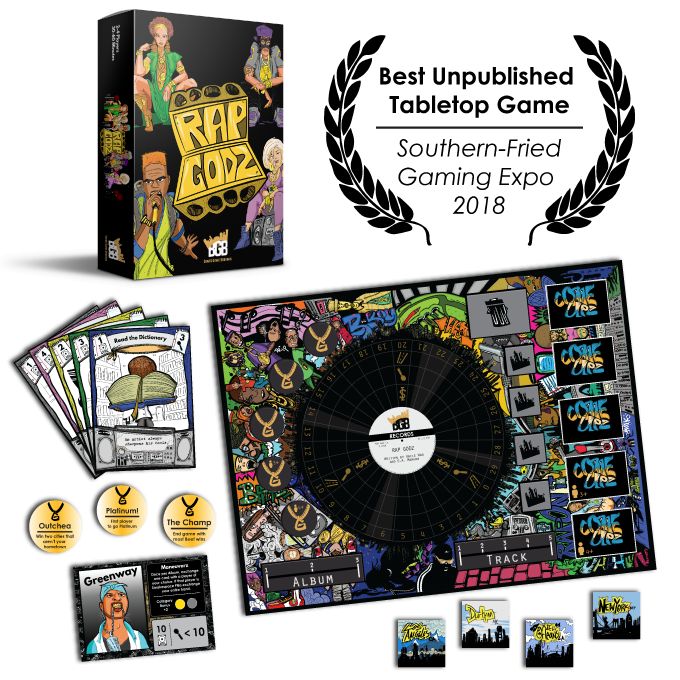 This really could be amazing and you could also be really, really bad. But let’s go with it being amazing. Who doesn’t want to live the dream of being a rapper. Bling baby. Bwap Bwap! Check out some of the text from the marketing materials. We are hoping these are the actual instructions: Build Rap Skills. Make Money. Earn Street Cred. Start Beef. Be a Rap God.

That’s it for the news update. See you next week!

What's going on at All That Matters 2018