Welcome people. Come on in. Take a seat. Have a drink or a snack. It’s news time again. We have Assassins, Pandoria and er…Donald Trump.

We are surprised that this took so long. An Assassin’s Creed tabletop experience. If you ever played V-Commandos, an excellent WW2 co-operative game, then you will be right at home here. Assassin’s Creed: Brotherhood of Venice re-implements the core design of that game and brings it into the Assassin’s Creed world. A good fit for sure. We have a description from the publisher:

Assassin’s Creed: Brotherhood of Venice is a co-operative tactical board game of infiltration and assassination. Set in Renaissance Venice at a time when the Brotherhood of Assassins expands in Italy, the game gives 1 to 4 players control of never seen before assassins in a campaign to develop their headquarters and advance the Brotherhood’s agenda against the Templars.

Players must find the right balance between stealth and combat to progress through a mission-based campaign, developing their own abilities as well as their new headquarters.

Excited yet? This is due to hit at the end of 2019. So you will need to wait a little while.

There is no picture of the board or anything yet. Just a lonely miniature. Take a look. 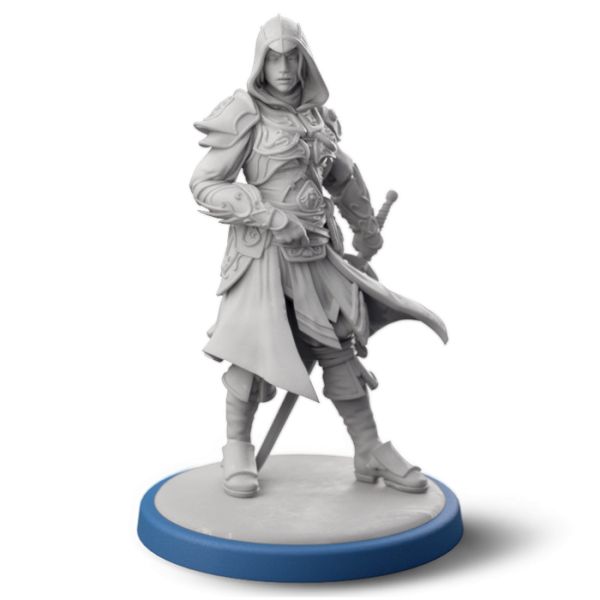 More fantastic art this week with The Boldest, the new game from Sophia Wagner and artist Max Prentis. What do we know?

The forgotten creatures of the forest awoke from their slumber and nobody knows for sure what is lurking in the Iron Valley. You followed the call of your king. Now it is time for heroic deeds in The Boldest!

Defeat mechanical monsters, retrieve enigmatic artefacts, use helpful items, and lead your faction to glory. Can you read your opponents well enough and forestall them? Are you worthy of the title “The Boldest”?

Max Prentis passionately created and illustrated the world of The Boldest. His love for details can be found on every card. The more than one hundred unique illustrations let you delve into this rich world. Get ready to explore! 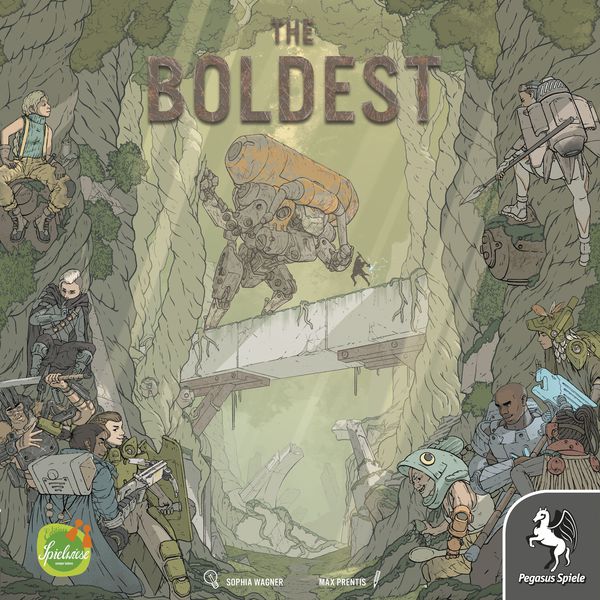 This sounds pretty good but it’s the art that has really caught our attention. Other than that we know it’s a 2 to 5 player game that plays in and around 90 minutes. On the watch list. But as we all know, great art doesn’t turn a bad game into a good one.

In Pandoria, players discover this new land by placing tiles, and they claim its territory and resources by placing their people. When a type of terrain is completely surrounded by another terrain, every worker on the borders of that terrain gains its resources. Although more than one civilization will usually benefit, each player tries to gain more than the others. Mining gold gives you income to buy cards that have two options: buildings and spells. Acquiring wood allows you to build that side of the card for permanent advantages, while mining crystals give you the power to use the card for its one-time spell instead. Excess resources can be converted into prestige Points, and some buildings can generate more. When the new land has been fully explored (all tiles have been placed), the player with the most prestige is declared the most powerful nation of Pandoria and wins the game! 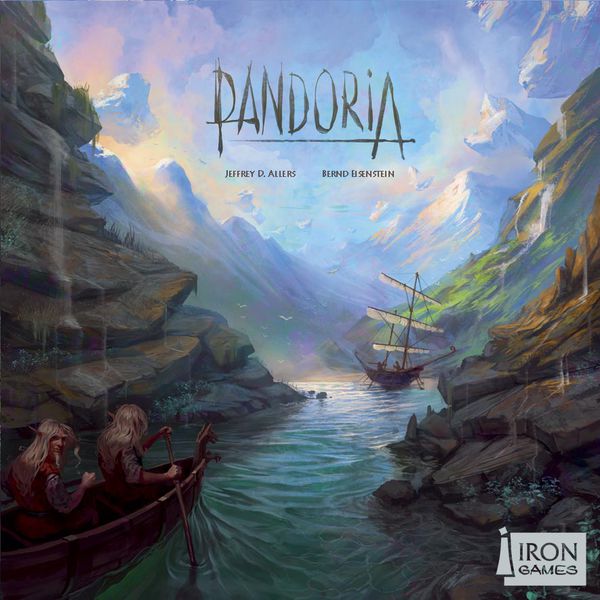 This sounds like our type of game. A scrumptious game of resource and land grabbing. Arguments and ganging up will ensue. Fantastic. There are two modes of play in the box. Beginner (pffft) and the expanded ‘full’ game experience where players will gain asymmetrical powers. Oh yeah. We like that.

From the depths of Kickstarter this week sees a game that hooked us purely by the description. Here goes:

Can you survive the chaos in the Oval Office and take control of The President’s Twitter feed? 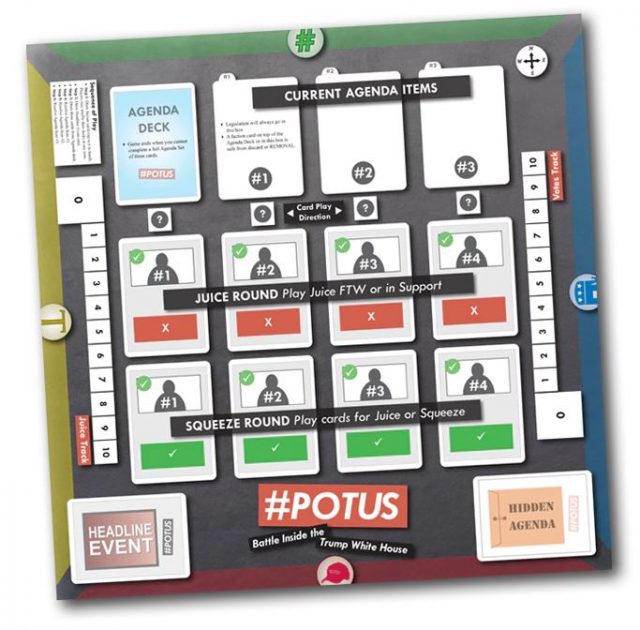 Well, we’d sure like to give it a go. From the Kickstarter:

#POTUS is set in 2017, during President Trump’s first year in office. Each player leads a faction inside the White House working to fulfil their own agenda while supporting or opposing the President.

The four factions are the Establishment GOP, the Nativist Nationalists, the Globalist Plutocrats, and the #Resistance. Each faction has a unique deck of cards — based on the actual historical figures — that will help them spin the President’s tweets to their advantage.

Between Trump’s tweetstorms, you’ll also vote on Congressional bills, make big business deals, and enlist powerful allies like Robert Mueller or Vladimir Putin. Your Hidden Agenda could be the key to winning big. But watch out! Mueller’s investigation could end in impeachment – and ruin all your plans!

This looks and sounds like a game to play when your whole gaming group has had a bit too much to drink. We’ll keep any on this one. You can back the project here.

That’s all for this week. Lookout for GameStart Tabletop announcements coming early next week!