Greetings! The year is nearly done! It went fast didn’t it? 2018 has had some fantastic games and 2019 looks like it’s going to be just as good. We’ll have a top 10 most anticipated games for 2019 list hitting soon so your wallet can cry and give its arguments over why you shouldn’t buy any more boardgames but anyway, let’s get to this weeks news!

In the Hall of the Mountain King

They say never judge a book by its cover and the same principle applies to board games. However, we are going to ignore that principle for this title as all we have is a cover. Look: 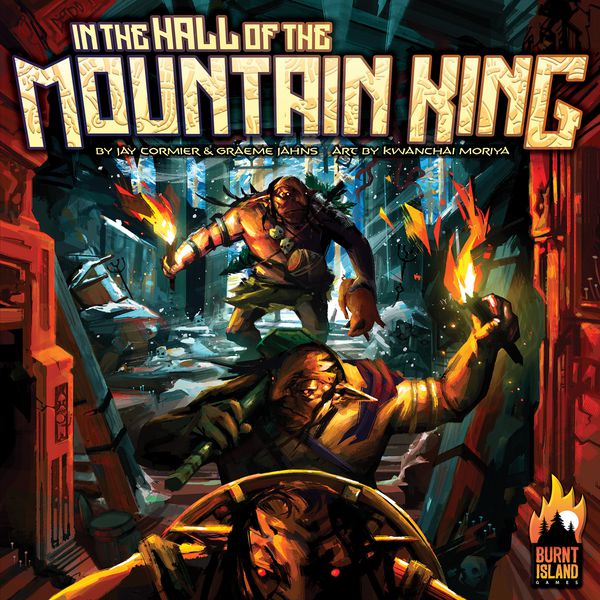 We like this cover a lot. We hope to like the game too. The only other pieces of information we have is that it’s hitting Kickstarter on February 5th and it’s a territory building fantasy game where you play as Trolls rebuilding your abandoned kingdom at the heart of the mountain. It uses various gameplay mechanics such as Area Control, Tile Placement, Resource Management and Pick Up and Deliver. We have our eye on this.

What do you do when you’ve conquered death and mastered all nine dimensions of space-time? Well, let’s see.

Reality bends to your every whim and desire. You are the absolute best there ever has been, a necromancer at the top of their game. The only downside is that no one likes you on account of the creeping around with dead bodies and the lack of sunlight. But who needs friends when you can make them? 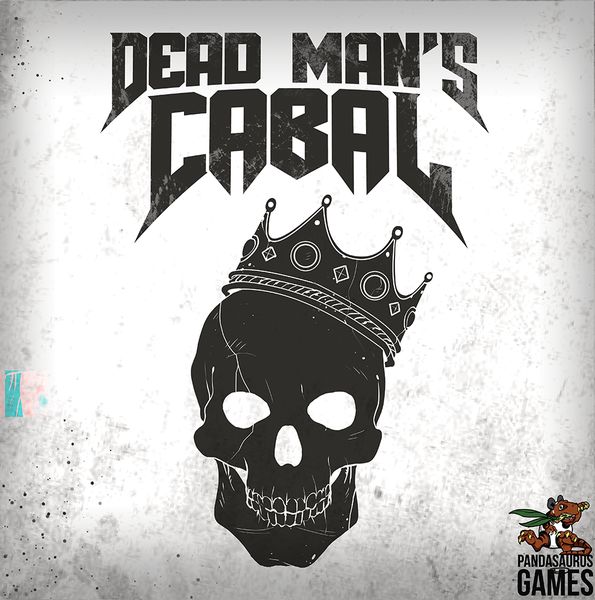 Dead Man’s Cabal is a mid-weight strategy game from Daniel Newman, with game development from Jonathan Gilmour (Dead of Winter, Dinosaur Island). In the game, 2-4 players compete to bring the dead back to life so that they can throw a party with actual, you know, guests.

The gameplay is a clever interplay of a unique action selection mechanism that allows players to choose both a private action followed by a group action, requiring tense decision-making on the timing of the different phases of the game. Collect bodies, crystal skulls, and runes, then bring the dead back to life. This might sound simple enough, but triggering the actions in just the right order requires careful planning to make sure you aren’t helping your competitors more than yourself.

Sounds pretty interesting and anything from Jonathan Gilmour piques out interest. This is available now and would make an excellent gift for the festive season. Just look at the cover. No complaints there. 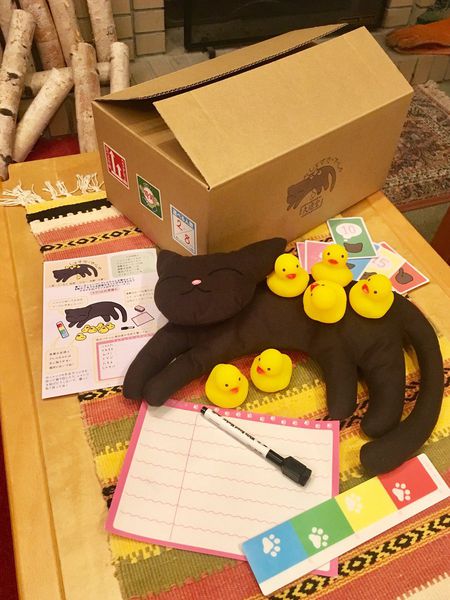 Cat Nap is a press your luck game dexterity game. Nervous hands time! Players take turns to place plastic ducks one by one on the sleeping cat’s tummy (don’t ask, please don’t ask). After a duck is placed you draw a card to see where and how the cat will twitch in its sleep. Hopefully, none of the ducks will fall…

This is straight up bonkers. We want it so bad! It is currently available in Japan from publisher Kuondou. Sadly, no word on a release outside of Japan yet.

This weeks Kickstarter is a big one. Big on scope. Big on miniatures. Big on price. You all still in?

Reichbusters: Projekt Vril is a fast and furious game with lots of weird science, witty one-liners, and heroic moments set during World War II. It is late December 1944 and, on the face of it, history has unfolded as we know it, but that could be about to change.

The Nazis have discovered a source of “vril” that has been brought back to the Reich for study. Vril is a source of energy that can control all types of matter. It can destroy like lightning or replenish life, heal, or cure. It is used to rend through solid matter. Its light is said to be steadier, softer and healthier than that from any flammable material. It can also be used as a power source for animating mechanisms.

If the Nazis work out how to harness this power it will be more potent than the atomic bomb. The secret Nazi experiments are not just a threat to the outcome of the war, but to the entire world. Many different secret bunkers hold all manner of research into the properties of the enigmatic vril and we’re sending you, the Reichbusters, on a mission to stop this research in its tracks!

No pressure then. Take a look at the base pledge. No stretch goals. Just the lonesome, cheapest pledge. 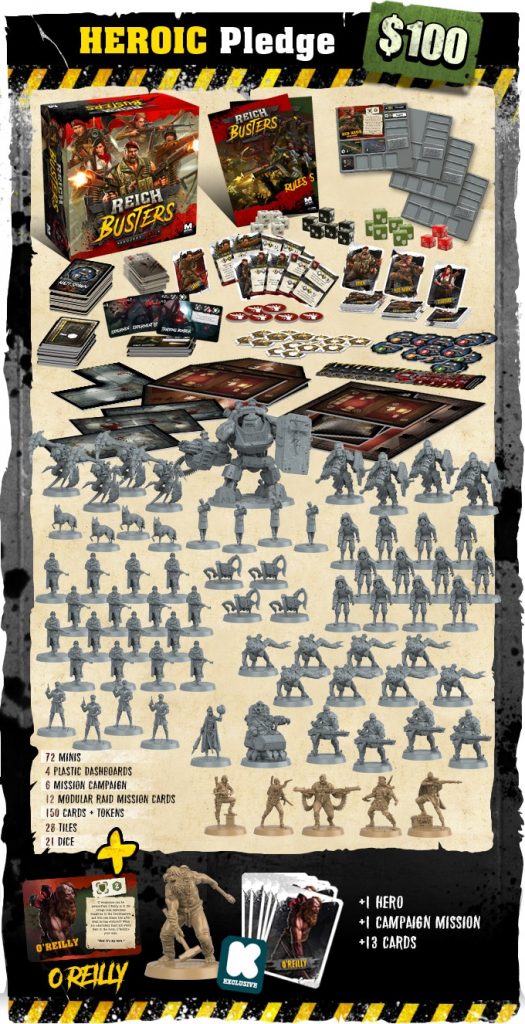 That’s a lot of stuff! We absolutely love co-op games here and this one is shaping up to be something special. If you are interested like us, you can back the game HERE! There are only a few hours left but don’t fret. The game has been funded. Over $1 million has been pledged so far. The only downside..you won’t see it until at least November 2019.

Happy gaming! See you next week!