BANDAI NAMCO Entertainment Asia has announced that fans all over Southeast Asia will now have the option to purchase their favourite games on BANDAI NAMCO Entertainment’s website – https://bandainamcoent.asia/store/, following the recent launch of their official Shopee and Lazada stores in Thailand and Singapore. On the new official e-store, users

Hot on releasing the 4v4 multiplayer action mobile game One Piece Bounty Rush earlier this year, Bandai Namco Entertainment is hitting us with another One Piece game soon. The very first Match-3 puzzle game in the franchise One Piece Bon! Bon! Journey!! solves the mystery of what that European trademark filing earlier 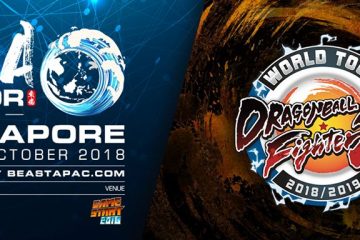 SEA Major Singapore has been announced as a SAGA event for the official DRAGON BALL FighterZ World Tour, with a prize pool of USD 5,000!