Another year, another Game Awards. As usual, there were a ton of new trailers to feast your eyes upon. Here are the biggest announcements that were made during the show. Some really good stuff here, so enjoy!

The new Xbox was finally revealed and it has a name…the Series X. Hmmm. Don’t get us started on the fact that it looks like a PC tower! Launching Holiday 2020 alongside Halo: Infinite.

The Wolf Among Us 2

Wow! From out of nowhere comes a sequel to the best Telltale Series game ever! Hyped beyond belief.

While the PlayStation 5 wasn’t revealed at the Awards, a PS5 game was! Godfall is being developed by Gearbox and is presumable a PS5 launch title.

The third game in the series and the first to come to the Switch. Fans can get their hands on it sometime in 2020.

From the makers of Prey and Dishonoured. Looks interesting…

Not a sequel to but a new game inspired by Baldur’s Gate: Dark Alliance. We can only hope it lives up to its classic predecessor.

A new game from the PUBG creator. Not much info other than this very short trailer.

Between Nioh, Nioh 2, Sekiro, Ghosts of Tsushima and this…we can’t shake the feeling that it’s all starting to look like the same thing!

Of course they had a new trailer…

Got 5 minutes? Then watch this bonkers trailer. you won’t be disappointed.

Sons of the Forest

What did we just watch? Looks interesting though!

The new racer from Slightly Mad Studios looks very far removed from its Project Cars series. Could be a lot of fun. May 2020.

Conv/rgence: A League of Legends Story

We get a look at the second game in the League of Legends Story series. This is a…wait for it…a platforming game. Wow! 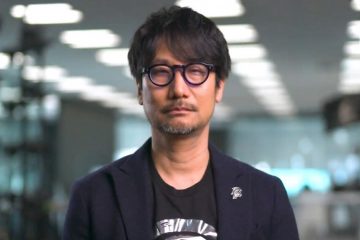