2018 was a pretty exceptional year for video games and 2019 is shaping up to be just as good! Here are our Top 5 games that have us brimming with excitement for 2019.

In the not too distant future, a mysterious disaster has brought collapse to the world as we know it.  Towering skyscrapers, once symbols of prosperity, are now lifeless graves of humanity’s past pierced by the Thorns of Judgment. At the centre of the destruction lies a hidden society of Revenants called Vein. This final stronghold is where the remaining few fight to survive, blessed with Gifts of power in exchange for their memories and a thirst for blood. Give in to the bloodlust fully and risk becoming one of the Lost, fiendish ghouls devoid of any remaining humanity. Wandering aimlessly in search of blood, the Lost will stop at nothing to satisfy their hunger. Team up and embark on a journey to the ends of hell to unlock your past and escape your living nightmare in Code Vein.

If you are a fan of Bloodborne and the Dark Souls series, this is a must! The core elements of Code Vein are the same as those games. Brutal combat. The need to parry/block. The slow burn of the story. The one big difference though is you get an AI companion. We are interested in how this will play out. Hopefully, the AI is good and not a hindrance to you. The anime art style is also refreshing for this type of game and really makes it stick out from the rest. Fingers crossed that this won’t disappoint.

Metro Exodus is set in 2036, two years after the events of Metro: Last Light, on a post-apocalyptic Earth that has been devastated by a nuclear war. The game continues the story from Metro: Last Light‘s “Redemption” ending. Similar to the previous two entries, the player assumes the role of 26-year-old Artyom who flees the Metro in Moscow and sets off on a continent-spanning journey with Spartan Rangers to the far east. Artyom first travels around the Volga River, not far from the Ural Mountains, to get a ride on a locomotive known as the “Aurora” that heads east for a new life. The story takes place over the course of one year, starting in harsh nuclear winter in the metro.

The previous two Metro games are fantastic. If you haven’t played them, go play them now! They are super cheap. Metro: Exodus looks phenomenal. Like the other two games, it’s a first-person shooter with survival horror and stealth aspects. With a dynamic weather system, a day-night cycle, and environments that change along with the seasons as the story progresses, Metro: Exodus is setting out to be the best in the series. Can’t wait! 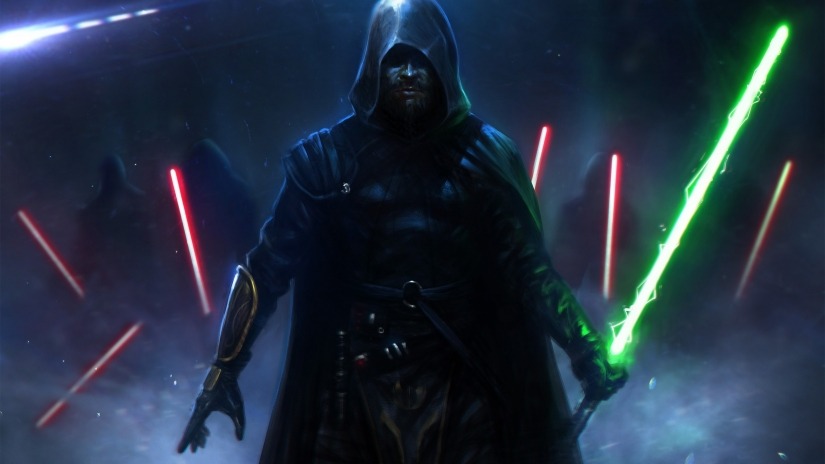 From Respawn Entertainment comes a brand-new action adventure game which tells an original Star Wars story around a surviving Padawan set shortly after the events of Star Wars: Episode III – Revenge of the Sith.

Nothing much to go on with this one. What we do know is that we deserve a good Star Wars game and we think Respawn might just be the ones to do it. Who doesn’t want a first-person Star Wars game that is silky smooth like Titanfall 2? The possibilities are endless. Let’s just hope EA have given Respawn the chance to develop a good single player story along with some great multiplayer action. We don’t want another Battlefront…This is dropping in November 2019 so expect more news to hit soon rather than later.

In Sekiro: Shadows Die Twice you are the “one-armed wolf”, a disgraced and disfigured warrior rescued from the brink of death. Bound to protect a young lord who is the descendant of an ancient bloodline, you become the target of many vicious enemies, including the dangerous Ashina clan. When the young lord is captured, nothing will stop you on a perilous quest to regain your honour, not even death itself.

From Software have delivered some truly amazing games over the past few years and Sekiro looks like they have taken the know-how from Bloodborne and Dark Souls and have crafted the ultimate ‘Souls’ experience in Sekiro: Shadows Die Twice. We know it’s going to be hard. We know the story won’t be readily spelt out to you and that’s ok. It’s why we play these types of game. Every encounter is an accomplishment. Every nugget of the story is a discovery. The game is more open than previous titles from From Software and the biggest news? You can pause this game. Yes. 2019 you can finally pause a From Software game. Joyful.

The Outer Worlds is a new single-player first-person sci-fi RPG from Obsidian Entertainment and Private Division. Lost in transit while on a colonist ship bound for the furthest edge of the galaxy, you awake decades later only to find yourself in the midst of a deep conspiracy threatening to destroy the Halcyon colony. As you explore the furthest reaches of space and encounter various factions, all vying for power, the character you decide to become will determine how this player-driven story unfolds. In the corporate equation for the colony, you are the unplanned variable.

This is Fallout in Space. We love it already. In our books, Fallout: New Vegas is the best Fallout game in the newer series thanks to Obsidian. Bugs and all. So when we saw this trailer our minds were blown. The idea of a space set game that plays like Fallout is a no brainer.  Hopefully, this is not a bug-ridden mess at launch. We can be hopeful. It’s not running on the Bethesda Fallout engine for one thing and Obisidan has had time to develop this from scratch without some crazy timeline (Fallout: New Vegas was conceptualised and delivered in under 12 months. Insane!) We simply cannot wait for this. Due mid to late 2019.

2019 has a ton of games. We are also looking forward to the following:

Bloodstained: Ritual of the Night