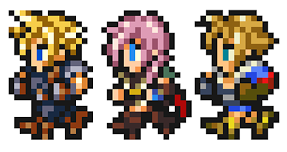 Unless you have been living under a rock, you would have known by now that September 30th is a big day for JRPG fans: when Final Fantasy XV is finally unleashed upon the world – and about time!

But looking at all of Final Fantasy XV’s awesome fighting and exploration bits, and then comparing it to the active time battle-laden games of yesteryear like Final Fantasy VII, VIII, or even the masterpiece Final Fantasy VI, you’d probably question how Final Fantasy got so action-heavy. The producers themselves have mentioned that they’re keeping up with the times to cater to current gamers’ taste. That is, western action and shooter titles.

Even with that kind of influence and changes, these titles are still unabashedly filled with tropes and soul of Square Enix’s master series. So we ask you, dear reader: what defines a Final Fantasy title?

Is it the Chocobos? Moogles? Or Cid? Let’s find out.

An RPG tale wouldn’t be much without its playable leads, and a Final Fantasy title is chock full of these inspirational dashing men and women.

The stoic-ness and affability of Cloud Strife, which every Final Fantasy worth his or her salt should be familiar with by now, down to the chirpy disposition of Bartz and Zidane help keep the epic narrative of Final Fantasy V and IX on the bright beaten path respectively.

The protagonists are only as good as their antagonists; villains in the Final Fantasy series range from maniacal overlords to former heroes and saviors who had snapped due to psychological issues.

Their motivations can be absurd at times, but you cannot deny how memorable some of their story arcs can get. You can’t ever forget about an entry’s story involving a protagonist’s spirit of his sorta deadbeat dad being in some giant world-eater mutant thing that serves as the game final boss.

Dystopian futures. Fantastical medieval universes. Ethereal planes. Cities designated by their respective elements. And flying castles. What we listed here is just a smattering of backgrounds that each different Final Fantasy title takes place in.

You can’t get invested in a game if its setting doesn’t instill a sense of wanderlust and awe into your soul. You remembered the first time you set foot in the slums and the city of Midgar? You envisioned the world of Cocoon and Pulse in Final Fantasy XIII? You also probably remembered the time you roleplayed as chipper mercenary school kids wandering in the floating school of Balamb Garden. 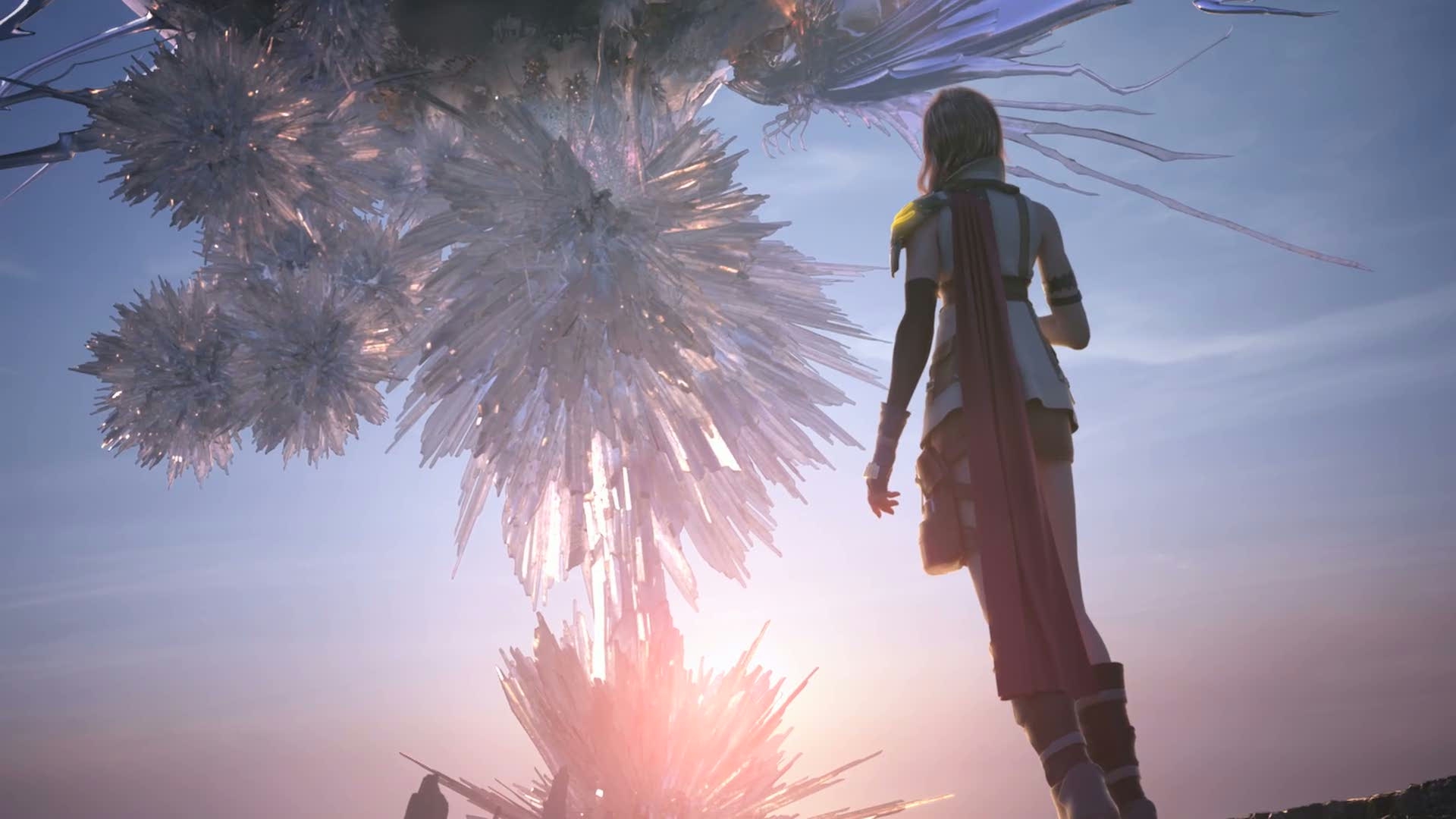 Right up to the thirteenth installment, crystals in Final Fantasy have always been the source of all life and creation in each universe. At least in the older titles or those that pay homage to Final Fantasy’s legacy instead (hi Bravely Default!). Plot-wise, they are both the catalyst of setting off a villain’s world-cleansing plan in motion or a McGuffin that drives heroes forward to prevent said plan.

Even later titles like Final Fantasy XII and Final Fantasy XIII had to use crystals in some shape or form to represent sources of life and wonder that the heroes and villains care about. These blue floating solid shapes of power do make the world go round, not gils. 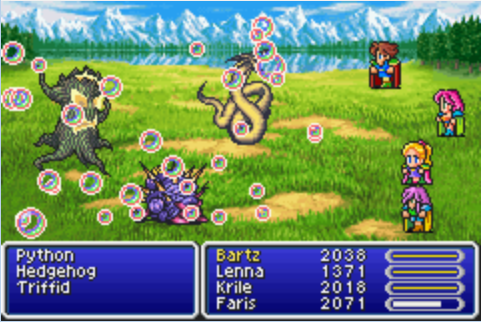 Where there is adventure, there is always conflict. And Final Fantasy has plenty of those.

You won’t be bored doing so (most of the time when you’re not grinding for levels anyway). Each title uses some form of the Active Time Battle system where you have to activate commands and attack in real-time and in a frenetic pace.

FFIII, FFV, and FFVIII (to an extent) introduced funky combat mechanics and job classes that you can use in combat. Ever wanted to have an army of killer ninjas and bards? Look no further than FFV’s Job system. Want to draw magic from the unlikeliest of sources and use powerful Eidolons as armor pieces and buffs? FFVIII can sort that out too.

The Young Vs. Old Trope

Young effeminate heroes with ideals and dreams versus ancient evils and crotchety old men and women sticking to the old, ancient, and evil (mostly) ways. Most of the Final Fantasy titles have that theme going for them; it signifies change being orchestrated by a modern generation of free-thinkers and those who wish to do good. 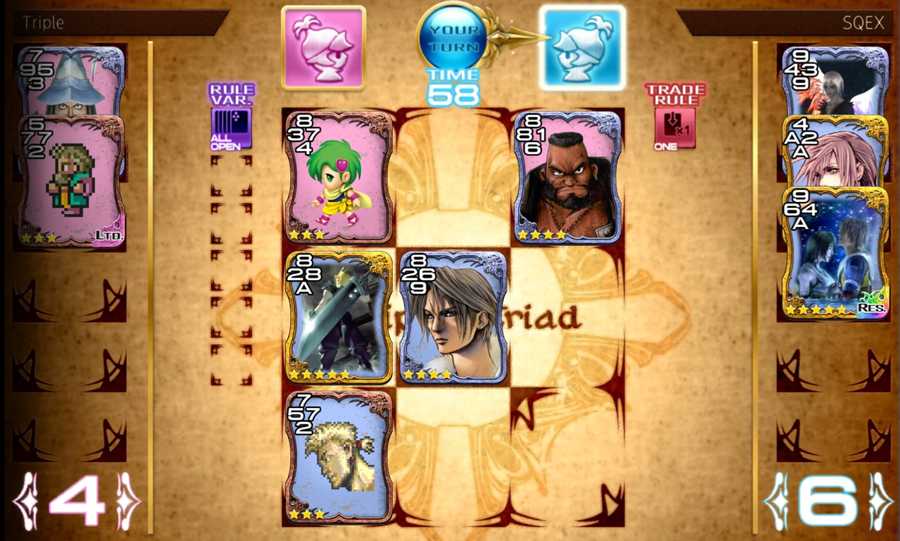 Final Fantasy VIII did what it had to do to stand out from its critically-acclaimed predecessor: have a messload of ideas that somehow created the whole package. The aforementioned spell-drawing combat system, the card game, and monsters scaled to your current level, among other noteworthy features.

Final Fantasy XIII does not really fit the bill here, but its sequels FF XIII-2 and Lightning Returns: Final Fantasy XIII had mechanics related to time-traveling and day/night cycles that switched up the exploration and gameplay by huge measures.

Sometimes it may fall flat on its face, and sometimes it strikes gold with wacky ideas. But you cannot say that Final Fantasy did not dare to be different.

Finally, a great plot and a solid cast wouldn’t be strong enough to resonate with its audience without an epic score to back it up. Final Fantasy is renowned for its beautiful music, its memorable leit motifs, and catchy jingles.

Music fans who want something a little emotional can dig numbers like “Love Grows”, “Melodies of Life”, “To Zanarkand”, and “Aerith’s Theme”. Those who want intense tunes have the numerous battle themes like “Hunter’s Chance” and “Force Your Way”, as well as majestic boss themes like “J-E-N-O-V-A” and “Dancing Mad”.

And for those who want grandeur compositions? The main themes for each numbered entry will satiate your hunger. Good examples include Final Fantasy VI’s “Omen”, Final Fantasy IX’s “Crossing Those Hills”, and Final Fantasy Tactics’ combination of leitmotifs in one badass intro movie song.

To Sum It Up

It’s not just one single element from this list that makes a Final Fantasy title. Rather, it’s all of everything mentioned above.

Of course, there is one more element that’s important: the fandom. Without the fans to create fan artworks, great musical arrangements, fantastical cosplay work, and even fan translations, Square Enix wouldn’t be where it is today with its top tier RPG brand. What good is a game series without a fervent and passionate fanbase to make games and live announcement anniversary shows for?

If the recent Final Fantasy XV Uncovered Event was of any indication, there’s still a whole lot of love for the long-lasting RPG franchise. It’s too soon to tell whether Final Fantasy XV would live up to its legacy, but one thing is for sure: it has all the trappings of a Final Fantasy game, to the point where fans and gamers can bravely proclaim that the series is indeed truly making the grandest of comebacks.