Following Valiant Force’s global release at the end of June, it has been gaining fans steadily on both iOS and Android platforms, and have been featured on both app stores as their featured game. With an average daily player count of around 100,000, Valiant Force is indeed doing well and with the latest update, we are sure it will do even better! A new race is now available in-game, with the Elves finally joining the other heroes in the land of Arathos. These new elven characters may seem similar to the existing heroes at first glance, but they do have an added effect to each of their active skills, allowing for more interesting strategies during fights. Furthermore, they are able to enter a state known as the Celestial Form, as opposed to other summoner heroes who can summon a pet.

XII Braves and FunPlus has also added in new artwork, specifical for Eliza, the new dark disciple hero that was designed during the 2016 Global Hero Design Contest! If you wish to see your art come to life in Valiant Force, be sure to join the 2017 edition of the contest! Players can now also assign up to two squads for battle, with the second squad coming in after the first is wiped. The battle against the darkness just got a little easier! 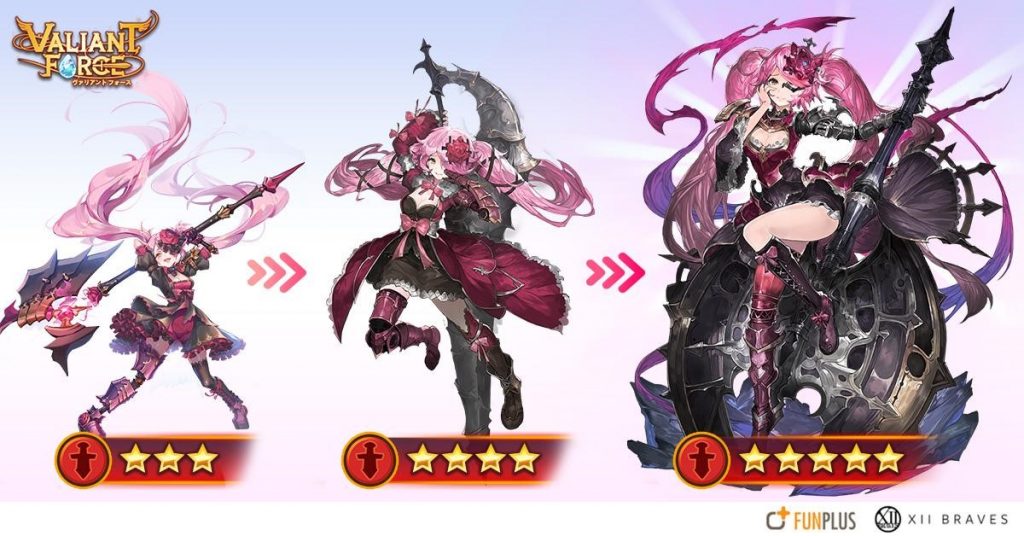 Are you excited about these new additions to Valiant Force? We know we are, and we hope to see you soon in the land of Arathos!