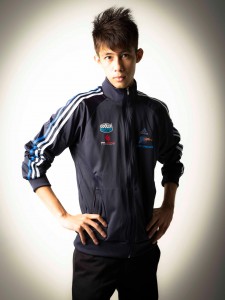 GameStart Asia has collaborated once again with Mohd “Xtr3me3” Phirkhan, to bring Singapore’s largest FIFA tournament back to GameStart 2015. This year’s tournament includes an open qualifier on 13 November and a special 3v3 tournament that will be held on 15 November, which teams can sign up for on the spot at the FIFA booth.

Please see below for prize details and full tournament rules.

*Does not apply to first 500 per day for goodie bags.
** For tickets purchased after 25 Oct, tees to be collected/ delivered after GameStart 2015.

Submit your registration details below, and bring the email acknowledgement to St Games or GameStart 2015 to make your payment. Once payment has been made and processed, you will receive your virtual ticket via email (St Games) or entry on the spot (GameStart 2015).

Open Qualifiers 1v1 (13th November)
Group Stages – Top 2 per group will qualify for the Grand Finals on 14th November. (Total of 26 or 58 Players will qualify depending on the number of sign-ups)
Team Selection: Club / International (Same Teams are allowed)

(This is a unique event and will be based on team points. The 3v3 will consist of a 1v1 and 2v2.)
Game 1: 1v1 (Winning team will get 1 point)
Game 2 : 2v2 (Winning team will get 1 point)
Game 3: (this will only happen if both teams are tied with 1 point each after the first 2 games)
A 1v1 will happen for Game 3. One player from the 2v2 game will have to battle it out in a 1v1. The winner of that game will be the overall winning team and proceed to the next round.

Custom formations are not permitted. Custom tactics is allowed.

A pause can only be made at the following scenarios: